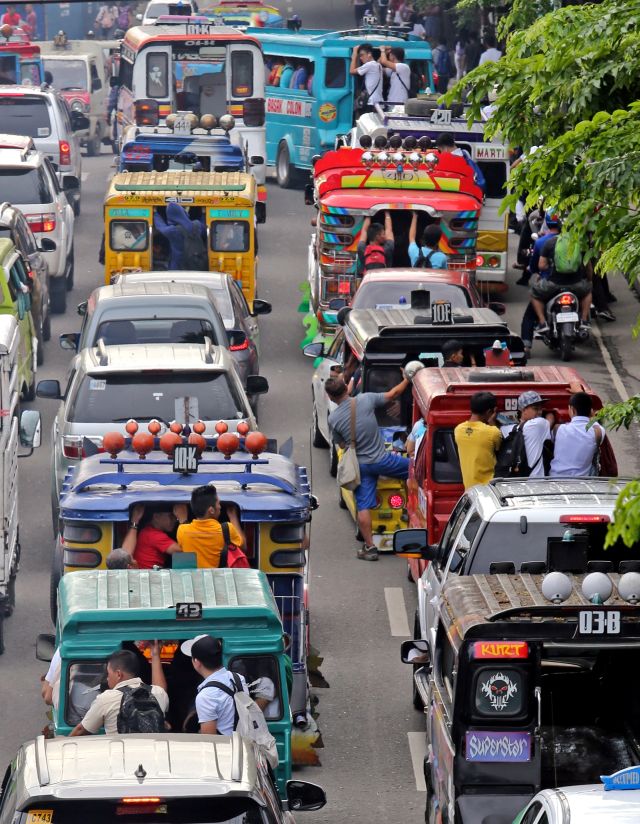 CEBU CITY, Philippines — The Land Transportation Office in Central Visayas (LTO-7) chief has likened the ordinance allowing the city’s traffic enforcers to confiscate the driver’s license of a motorist to the Cebu city government using a nuclear bomb to fix a problem that can be solved using a handgun.

LTO-7 Regional Director Victor Caindec said this in a text message with Cebu Daily News Digital on Sunday, February 10, when he was sought to comment about the move of the Cebu City Transportation Office (CCTO) to implement this traffic ordinance within the week.

“I am of the opinion that they are using a nuclear bomb to fix what can be done with a short handgun, albeit should be in the hands of an expert,” Caindec said in his text message.

Read more: CCTO to proceed with confiscating driver’s licenses despite warning from LTO

“We think there are real and practical legal impediments to what the LGU wants to do, and possibly bordering on the violation of certain constitutional rights,” he said about the new traffic measure.

He was referring to the ordinance passed in October 2018 by the Cebu City Council and signed by Mayor Tomas Osmeña allowing CCTO personnel to confiscate the driver’s license, whom Caindec described as one that had been in conflict of the R.A. 4136 or the Land Transportation and Traffic Code.

He asked the Cebu City government to stay within the intent of the law, which would be to instill road discipline.

However, Caindec offered a solution to this problem: LTO-7 to deputize CCTO regular employees providing them the power to confiscate the driver’s licenses of erring motorists.

He said if the CCTO had enough regular employees, there would also be enough enforcers to be legally deputized by LTO to confiscate licenses.

He also reiterated LTO’s stand on the new traffic ordinance.

“No LGU has the power to issue such authority, hence the confiscation of such cannot substitute an authority to drive,” he added.

Caindec also said that the power of the CCTO should still stem from LTO, and they should operate within the bounds of the law./dbs

Read Next
Magis Eagles are still futsal queens of Cesafi