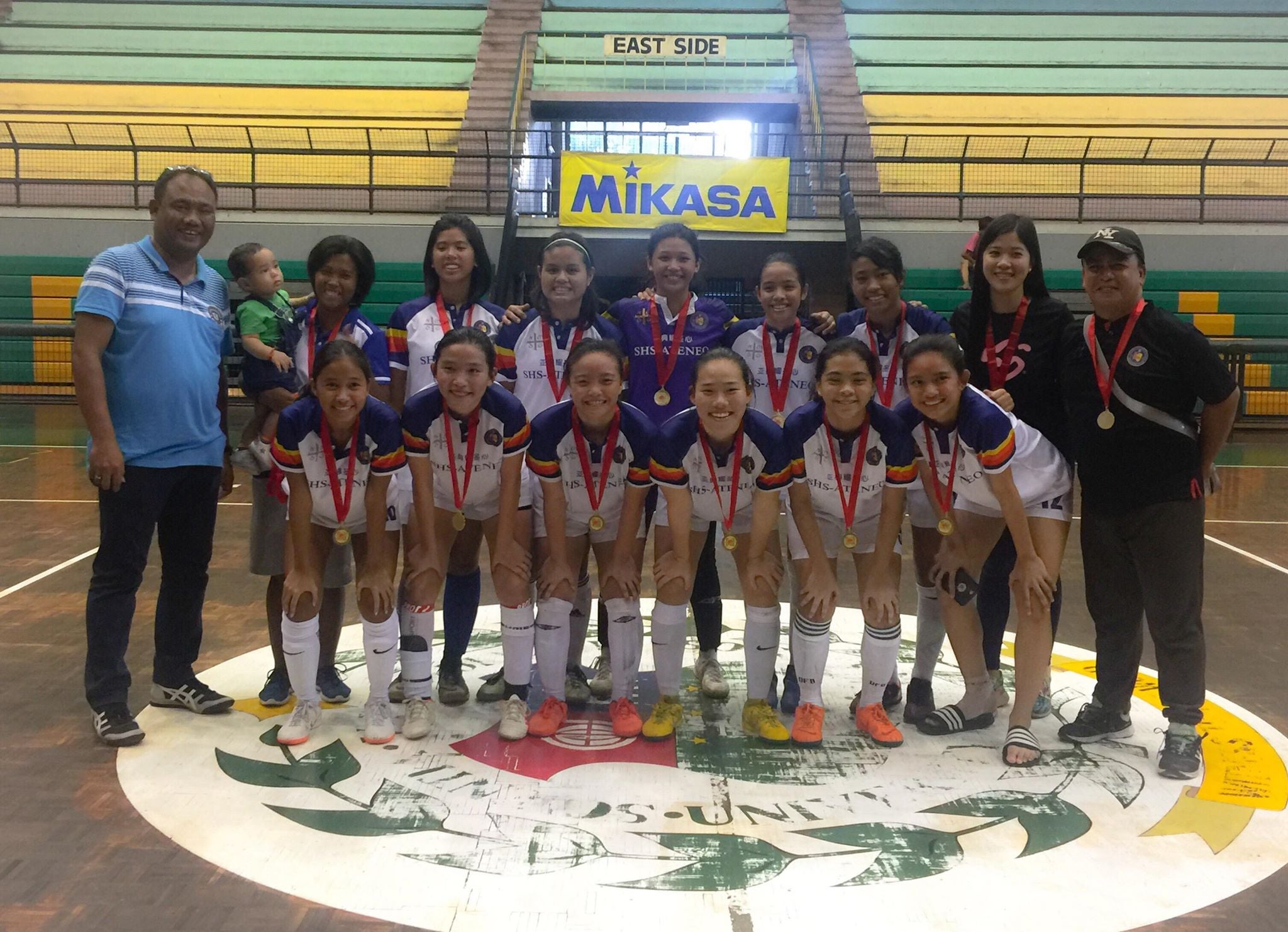 The Magis Eagles ladies needed to win their last elimination game to keep their title chances alive and they successfully did that via a 2-1 edging of USC.

This forged another game between both teams 30 minutes later, this time for the championship.

Fuelled by their determination to retain their title, the Magis Eagles then went on to blank the Warriors, 4-0, in the finals to once again became the Cesafi futsal champions for the second straight year.

(On my part, I was really confident that we will win, even if we lost to them in the first round but I had a huge belief that we will win the Cesafi because the kids were dedicated to winning today, that we will be able to maintain our trophy.)

During the first round of eliminations, USC actually outsmarted Ateneo, 5-2.

Had the Lady Warriors swept their elimination round matches by winning against Ateneo in the last elimination game, there would have been no need for a championship game and they would have walked away with the title and avenged their loss to the same Magis Eagles squad  in the finals last year.

According to Bordalba, their loss to USC in the first round was what motivated them to win today.

She attributed that loss to the team not fully prepared yet for the tournament and her transition as she had to take over the head coach reigns after Apple Bariñan transferred to USC.

(That was really an error, the team isn’t complete during the practice because not all players would immediately commit to practices.)

The head coach added it was a blessing in disguise that the team lost early, as it served as a wake up call for the players to remind them that they have to work harder and be complete in every practice. /bmjo

Read Next
Girl on a bike, 15,  dies in a bus-bike mishap in Sibonga