Measles claims life of a two-year-old girl from a Cebu town, the 3rd in the province this year 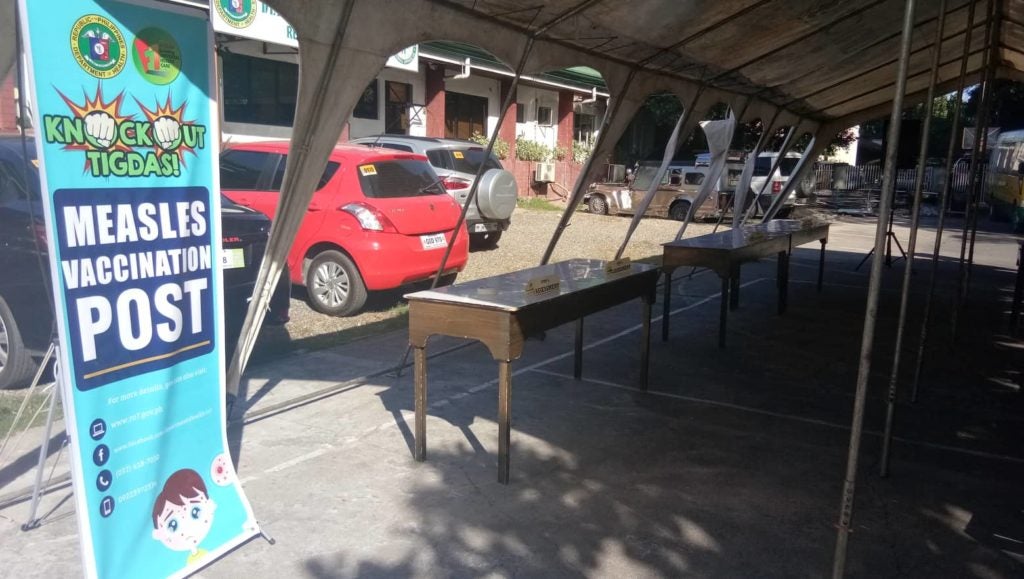 CEBU CITY, Philippines — A two-year-old girl is the latest fatality of measles in Cebu province.

Ruff Vincent Valdevieso, Expanded Immunization Program coordinator of the Department of Health in Central Visayas (DoH-7), said that the latest victim of the viral disease is from the municipality of Pinamungahan, 66.4 kilometers southwest of Cebu City.

In the latest report from the Regional Epidemiology and Surveillance unit (RESU), the fatality is an addition to the two deaths recorded in Cebu province since January this year because of the measles outbreak.

The first two cases were reported in the municipality of Moalboal (9-month-old boy) in southern Cebu and in San Francisco town on Camotes Island (2-years-old boy).

The RESU report said that from January 1 to February 12, 2019, DOH-7 has already recorded 169 cases of measles in Central Visayas, with Cebu accounting for most of the cases at 119 cases, followed by Negros Oriental (39), Bohol (1o), and Siquijor (one case).  This is 1,436 percent higher, compared to the 11 cases which were recorded in the same period last year.

“The vaccination post is open from 9  a.m. to 2  p.m. from Monday to Friday,” Valdevieso said, adding they were also considering on administering anti-measles vaccine during weekends to accommodate parents who have busy schedules on weekdays.

Although the immunization is open to all, Valdevieso clarified that they will be prioritizing infants ages six months to 59-month-old children.

They will also accept adults, but only those without any history of immunization.

“And it will be until at the end of March, because that is our mandate to conduct the outbreak response immunization from February to March,” he added.

Aside from measles vaccines, the department is also giving polio vaccines to children.

He added that they will also continue to hold a school-based immunization in the month of August as they did in the past years, wherein grades 1 to 7 pupils were given free measles, mumps and rubella (MMR), tuberculosis and anti-tetanus vaccine.

Despite the refusal of some parents to have their babies immunized, Valdevieso said they would still continue to urge them to bring their children to the nearest health center so that they can be protected against the disease through immunization.

He said that measles can be fatal to infants due to its complication such as pneumonia, diarrhea, dehydration, encephalitis, and blindness.

Measles can be detected if a person is experiencing fever, rashes and the 3Cs (cough, colds, conjunctivitis).

“The Department of Health is committed to protect the population against serious and fatal vaccine preventable disease, like of course what we have now the measles. With this measles, we have also the provision of free vaccines and vaccination that’s why this is the reason we are launching this vaccination site because we are giving free vaccines,” stressed Dr. Sophia Macao, chief of DOH-7 Regulation and Licensing Enforcement Division.

Macao described measles as the leading cause of vaccine preventable diseases with the mortality and morbidity of children.

“Kay remember ang atong virus makuha ra nato sa atong palibot because we can inhale the virus. Makuha na sa atong pagginhawa no, so we are all exposed if you have an infected person in your locality,” she added.

Read Next
Check out Karencitta’s goals for 2019