CEBU CITY, Philippines — A pro-environment post has gone viral on Facebook when a non profit organization in India, Green Dream Foundation, posted a movement with the hashtag #IsThisYours.

The movement is a way of calling the attention of companies using plastic materials to be responsible for their own wastes by urging netizens to  take pictures of these companies’ scattered plastics  wastes,  post it  on their social media accounts, tag the concerned company with the hashtag #IsThisYours, and then properly dispose of the plastic waste. 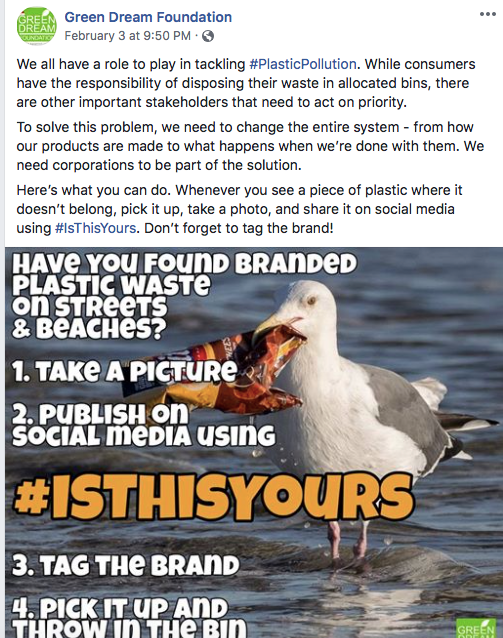 Founder Ashish Sachdeva said that this campaign will continue to generate awareness among citizens.

“We will show them how global citizens are getting together to save the planet from Plastic Apocalypse.”

The post went viral and has reached two million people in a span of a week, with at least 100,000 engagements coming from the Philippines. 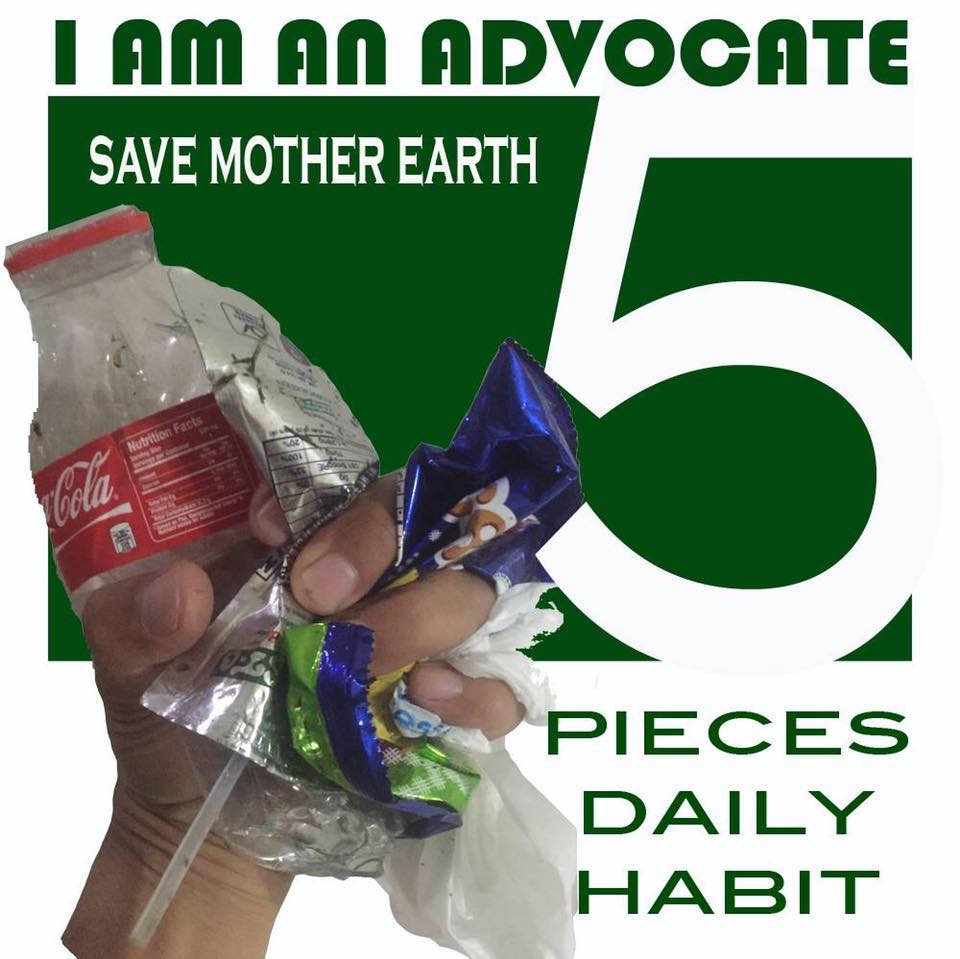 In Cebu, a familiar movement has been initiated by environmentalist Tony Galon.

Galon picks up five plastic wastes a day and calls its 5pcs Daily Habit, which he started in 2015.

It is a habit aimed at raising public awareness to the need to do something to the garbage situation not only in Cebu but all over the Philippines, and, hopefully, the world.

Galon told  CDN Digital said they might also use the  Green Dream Foundation’s hashtag on their posts and will also tag the company who owns the litter.

Galon also added that the #ISTHISYOURS  movement might allow companies to rethink the packaging or how they sell their products. /elb

Read Next
POST PRANDIUM: The Philippine labor and employment situation