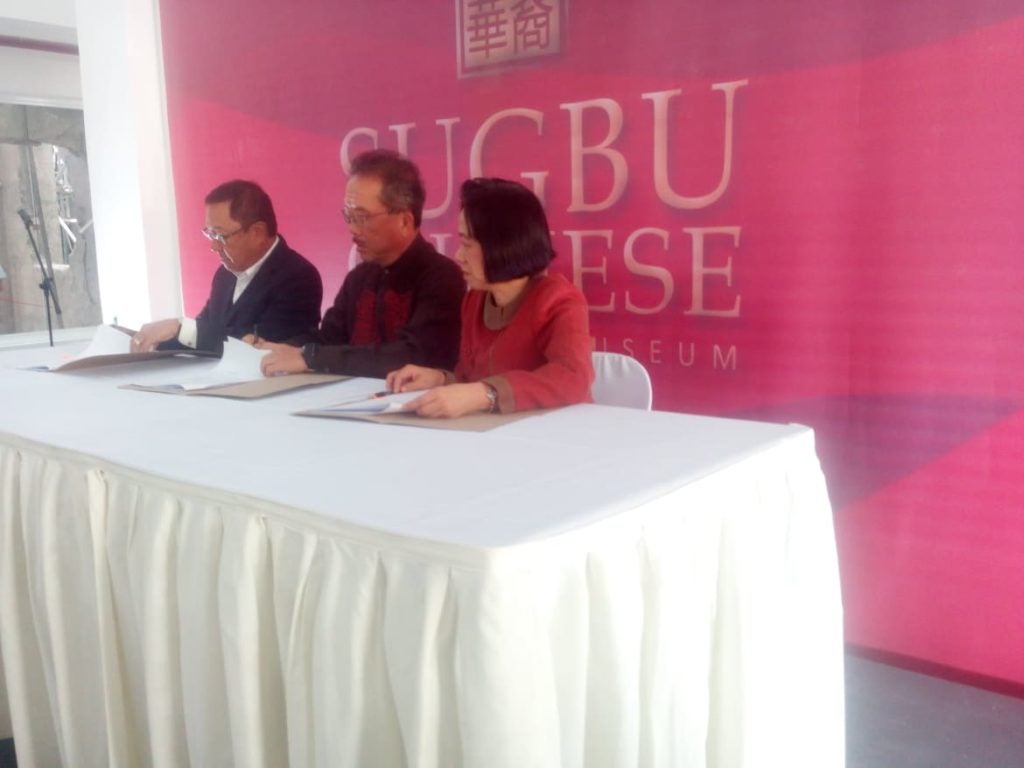 CEBU CITY –Speaker Gloria Macapagal Arroyo has recognized the contribution of the Filipino Chinese community to the economy of Cebu and the Philippines.

Arroyo is the guest of honor during the ceremonial turnover of the P30-million donation from the George Ty (GT) Foundation Inc. to the Sugbu Chinese Heritage Museum Foundation Inc. (SCHMFI).

Arroyo quoted what Cebu City Mayor Tomas Osmeña recently said about Cebu City not having a Chinatown because the entire city itself is Chinatown.

“The role of Chinese businessmen has been so strong. You are important pillars of the Cebu economy,” said Arroyo, who was in Cebu on Monday, February 18 to conduct an oversight housing committee hearing for Barangay Apas residents affected by the socialized housing dispute in the barangay.

She added that many Filipino-Chinese in Cebu came here from four generations ago that the younger generation could speak ‘Cebuano better than Chinese.’

“The people of the Philippines should remember the great role that the Chinese has made in their lives,” she said.

The century-old Gotiaoco building was completed in 1914.  Chinese immigrant Manuel Gotianuy in honor of his father, Don Pedro Gotiaoco.

The neo-classical building was offered as commercial space to businesses.

It was declared a heritage site by the Cebu City Council in December 2012.

The foundation was tasked with the restoration of the building so it could serve ad a museum.

The restoration began on July 2016 and was completed after 29 months of construction work.

According to a brochure on the museum,  they preserved “significant structural elements to justify its heritage status.”

Extra care was also taken to preserve the 21 external and internal columns as well as the original elevator shaft that “was claimed to house the first elevator in Cebu City.”

The foundation was also responsible for raising funds to finance the restoration and for the maintenance of the museum.

Of the P450 million target, P250 million is set for the restoration itself.

Aside from the funds raised from Cebu-based businesses, the foundation was able to secure a P30-million donation from the GT Foundation Inc., through the late Dr. George S. K. Ty.

The amount will be used for the development in the restoration and exhibition phase of the museum, Simeon said./dbs