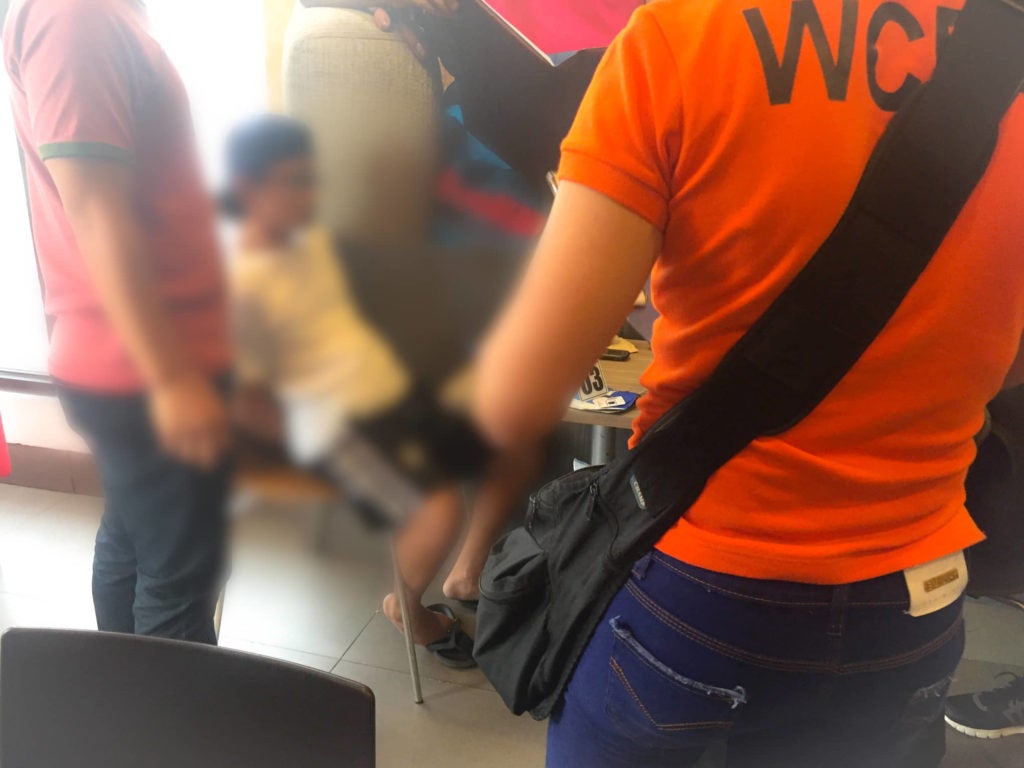 CEBU CITY, Philippines — Six minors were rescued after police arrested a suspected human trafficker in an entrapment operation inside a fastfood outlet in Barangay Lahug, Cebu City over the weekend.

Joey Donozo was arrested by operatives from the Women and Children Protection Center – Visayas Field Unit (WCPC-VFU) of the Philippine National Police (PNP) during the entrapment operation on Saturday, February 16.

According to the International Justice Mission (IJM) in a statement on Monday, February 18, that  two boys — a 9-year-old and a 14-year-old — were rescued during the operation.

“The suspect would sell ‘sexually explicit pictures’ of his victims for online clients,” IJM stated.

“Following his arrest, police also searched his neighborhood and found and rescued four more minors aged between 12 to 14-years-old whom he earlier offered to his foreign costumers,” the IJM added.

Donozo was detained in Mabolo Police Station pending the filing of charges.

According to the IJM, the local police conducted the operation after they received information from the Australian Federal Police about Donozo’s alleged illegal activities.

Law enforcers abroad told Cebu police that the suspect would allegedly record the victims doing sexually explicit acts, then sell the videos online, or make an arrangement between the minors and the foreign clients.

The minors rescued were placed under the care of the Department of Social Welfare and Development in Central Visayas (DSWD – 7).

“Praise God for the WCPC police unit that continues to courageously rescue children from the clutches of sexual depravity and send the arrested abusers and traffickers to jail to await justice for their crimes,” Tanagho said. | dbs