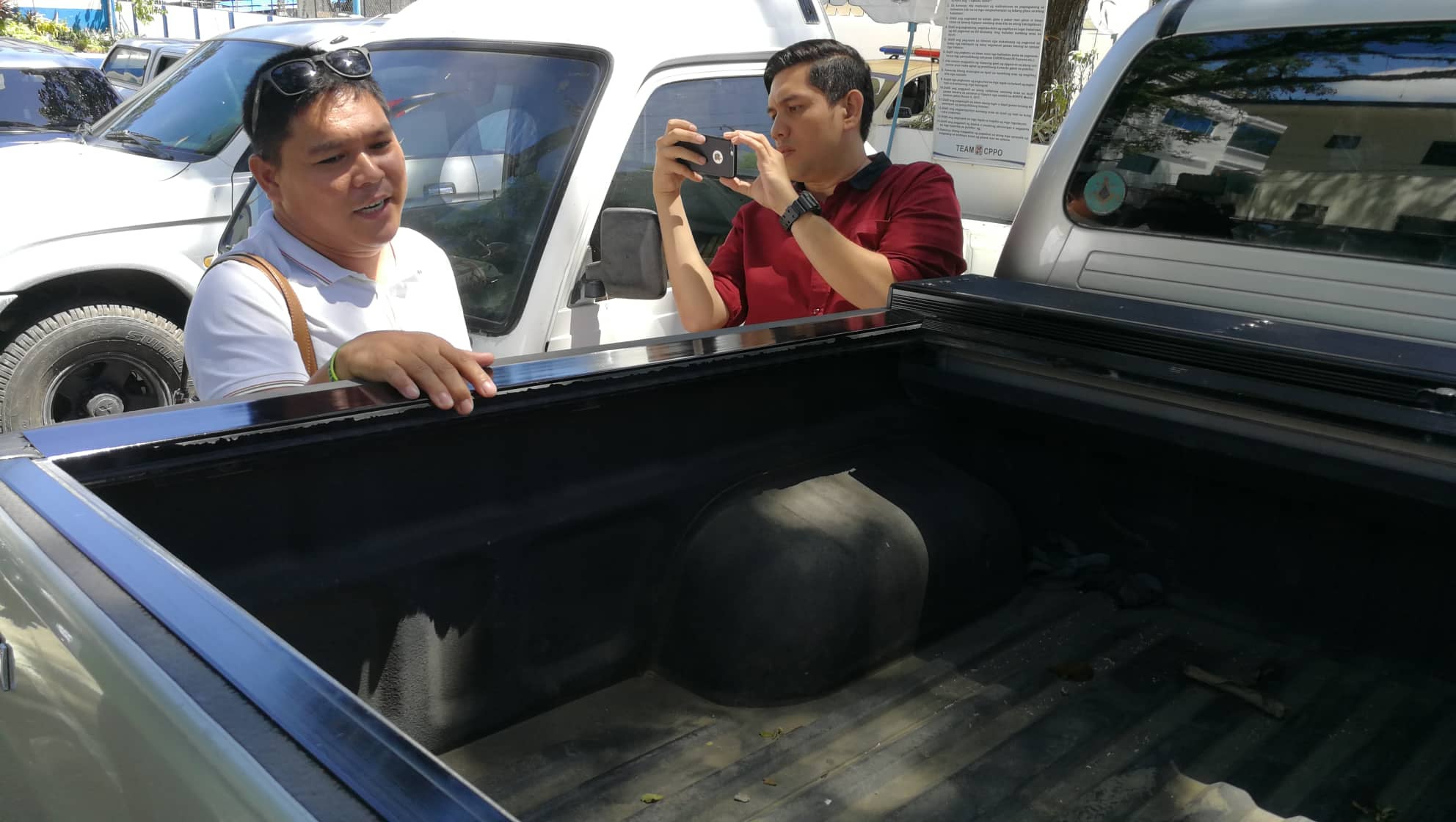 Rex Zamora, the driver of Geraldine Yapha, a candidate for representative in Cebu’s Third District, narrates to reporters where and how he found the note that contained two bullets and a death threat. CDN Digital photo | Morexette Marie B. Erram

Yapha, who is running for Cebu Third District representative in this year’s May midterm elections under the Nationalist People’s Coalition (NPC), sought the help of the police after she received a note accompanied by two bullets at the back of her Toyota Hilux pick-up truck.

The note read “W-daw (withdraw) or die. 2 bullets. One for you. One for driver.”

“I couldn’t think of anything else but politics,” Yapha said. “The fact that whoever sent me the letter wanted me to withdraw my candidacy, and the election is drawing close. It’s definitely politics.”

Yapha’s driver Rex Zamora told reporters that he was the first one to find the note at the back of the pick-up truck which was parked in front of Yapha’s residence in Barangay Labangon, Cebu City.

“We thought it was money but we were surprised when we found bullets inside. Then we handed it to her (Yapha),” Zamora said in Cebuano.

Yapha said she will be filing a blotter report before the Cebu City Police Office (CCPO) to have the incident investigated.