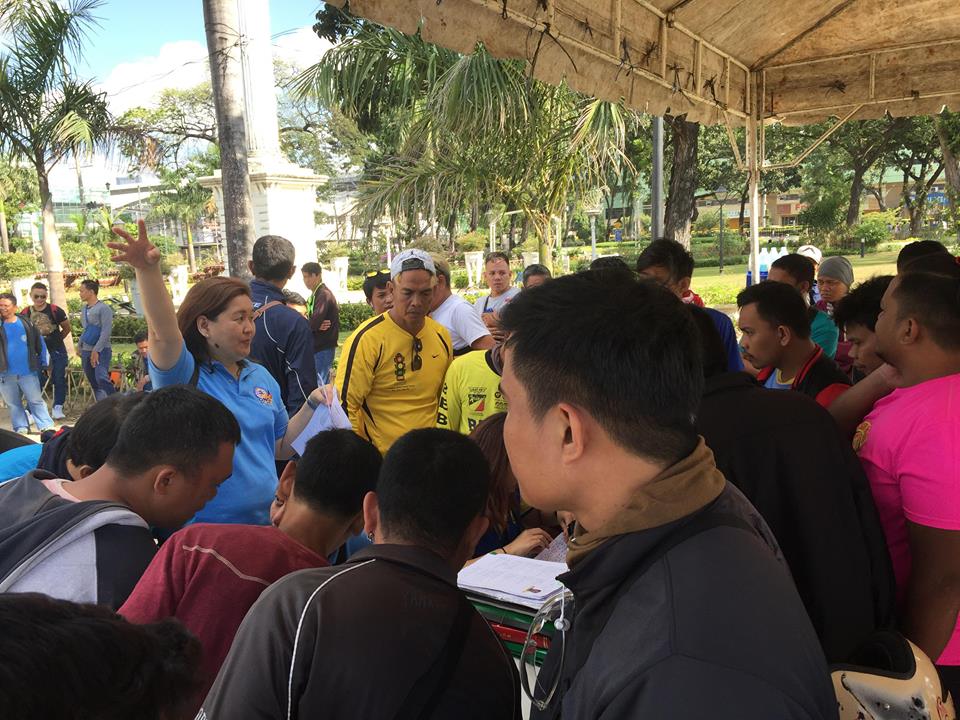 Habal-habal and Angkas drivers trooped to Plaza Independencia on Saturday morning to claim their share of rice assistance from the Cebu City government./Delta Dyrecka Letigio

CEBU CITY, Philippines— The Cebu City government prepared 2,000 sacks of rice for distribution to habal-habal and Angkas drivers today, February 23, but only 1, 400 sacks were claimed as of 2 p.m.

Annabeth Cuizon, executive assistant to Mayor Tomas Osmeña, said that the 600 sacks of unclaimed rice will have to wait until its pre-identified beneficiary is able to comply with the documentary requirements prescribed by the Two-wheeled Motor Vehicle Monitoring, Coordinating, and Assistance Unit (TMV-MCAU), the office tasked  to distribute the rice assistance to the drivers.

Requirements include a photocopy of the driver’s license, voter’s certificate, and certificate of ownership of the motorcyle or its Land Transportation Office (LTO) registration.

Osmeña announced in December 2018 his decision to give out “emergency assistance” to habal-habal (motorcycle-for-hire) and Angkas drivers who were affected by the decision of the Supreme Court to suspend Angkas operations.

Cuizon said that as of 2 p.m. on Saturday, only 1, 400 of the 2, 000 supposed beneficiaries qualified to receive their share of rice subsidy after they managed to also meet the February 23 deadline set by TMV-MCAU for the submission of their certificate of completion.

The rice subsidy distribution was first scheduled on Sunday, but was moved a day earlier to give way to the Partido Demokratikong Pilipino-Lakas ng Bayan (PDP-Laban) political gathering scheduled on Sunday afternoon that will be attended by President Rodrigo Duterte.

Read More: City’s distribution of rice to habal-habal drivers to be done on Saturday, Feb. 23

Cuizon assured that the 600 other drivers can still claim their share of rice subsidy after they are also able to submit their certificate of completion at the  TMV-MCAU office located at the ninth floor of the City Hall executive building.

The unclaimed sacks of rice are now kept at the city government-owned warehouse located at the South Road Properties (SRP). 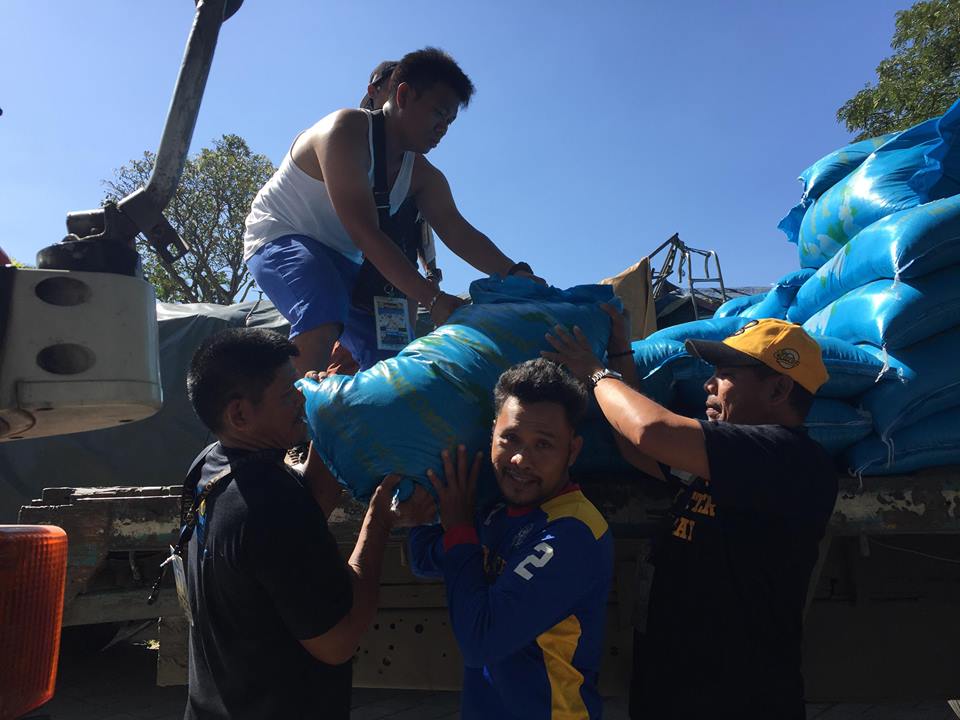 A driver claimed his share of assistance from City Hall./Delta Dyrecka Letigio

Cuizon said that a brief commotion occurred during the distribution on Saturday morning after some drivers crowded the satellite validation center set up by TMV-MCAU at the Plaza Independencia to cater to drivers who already completed the requirements but are yet to be issued with a certificate of completion.

The distribution of certificates of completion will resume on Tuesday.

Noel Limpag, 49, said that he is very grateful of the city’s help.

A drivers for 15 years, Limpag said that earning his keep has been very difficult the last few months because of the government prohibition against their operation.

Limpag hopes that House Bill 8959 that will legalize and regulate the operation of motorcycle-taxis  will already be passed into law so that he could already resume his livelihood without fear of getting caught.  The bill is now awaiting Senate approval. /dcb