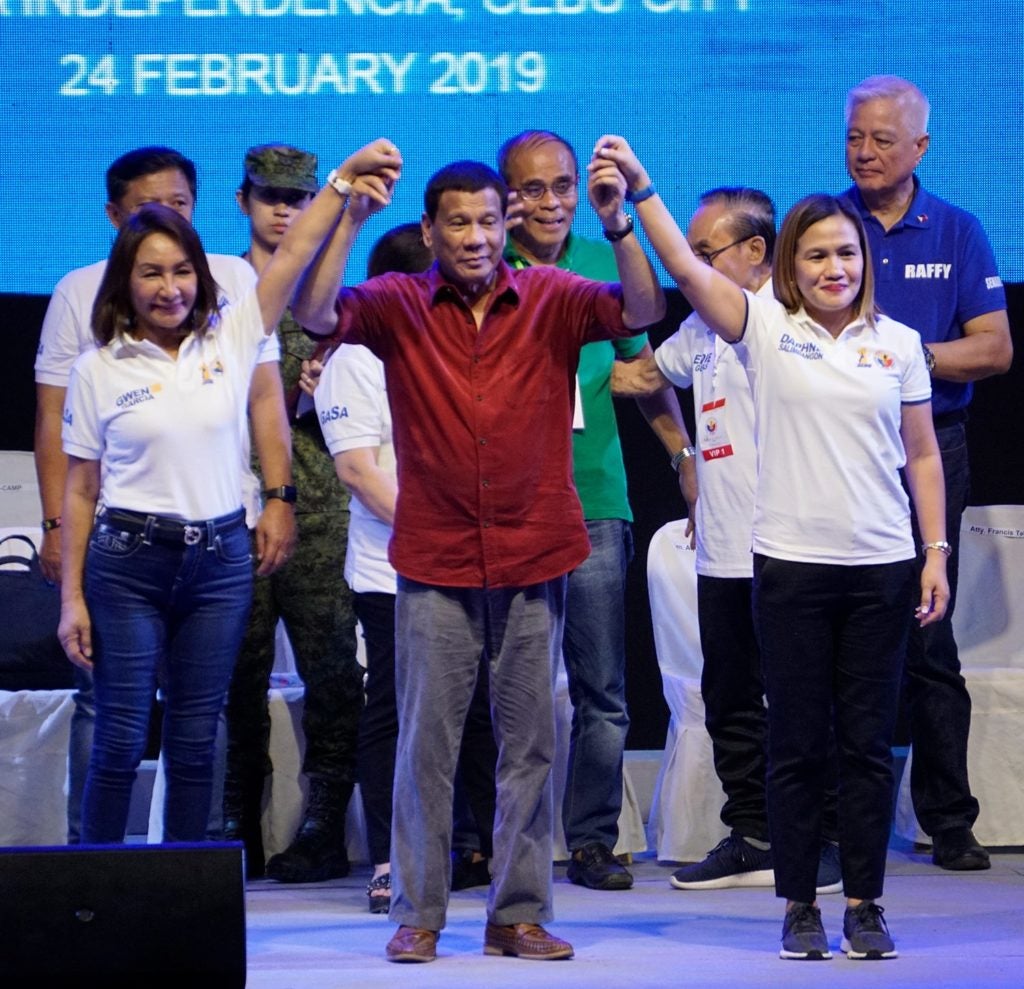 President Rodrigo Duterte raises the hands of Representative Gwen Garcia and Daphne Salimbangon, who are running for Cebu governor and vice governor respectively in the May election. |Photos by Tonee Despojo

In a statement sent to CDN-Digital, Magpale said she already expected the endorsement made by the president considering that Garcia belonged to President Duterte’s party, Partido Demokratiko Pilipino -Lakas ng Bayan (PDP-Laban).

During the PDP Laban Cebu Campaign Rally on Sunday evening, President Duterte raised the hands of Garcia and running mate Daphne Salimbangon, other local PDP Laban and guest candidates as well as the senatorial line up of the party and the guest senatoriables.

“The rally was a political exercise expected in any campaign. We expected it and true enough PDP candidates were endorsed by the President. It is after all the party that he ran under for the Presidency in 2016,” Magpale said. 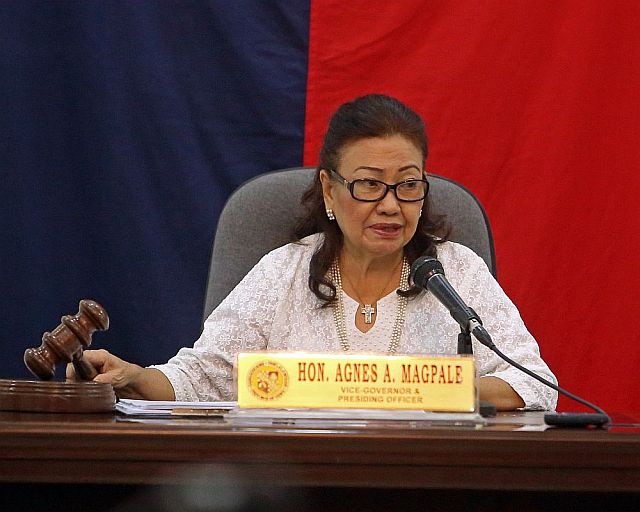 In his speech during the campaign rally last night, February 24, Duterte said he supports Garcia the same way that the latter supported his bid for the presidency in 2016.

President Duterte warned his ticket not to be involved in drugs or graft and corruption because he would never tolerate them.

Magpale, for her part, also said that she believes the president would not spare anyone involved in graft and corruption, not even his allies.

“Notwithstanding alliances formed in this midterm elections, we remain steadfast in support of President Duterte’s anti-graft and corruption [and] anti-drug campaign. We trust that the President will strongly go against officials who stole people’s money and he will not spare anyone, not even his political allies,” Magpale said.