Visayan Pop songwriting competition is back 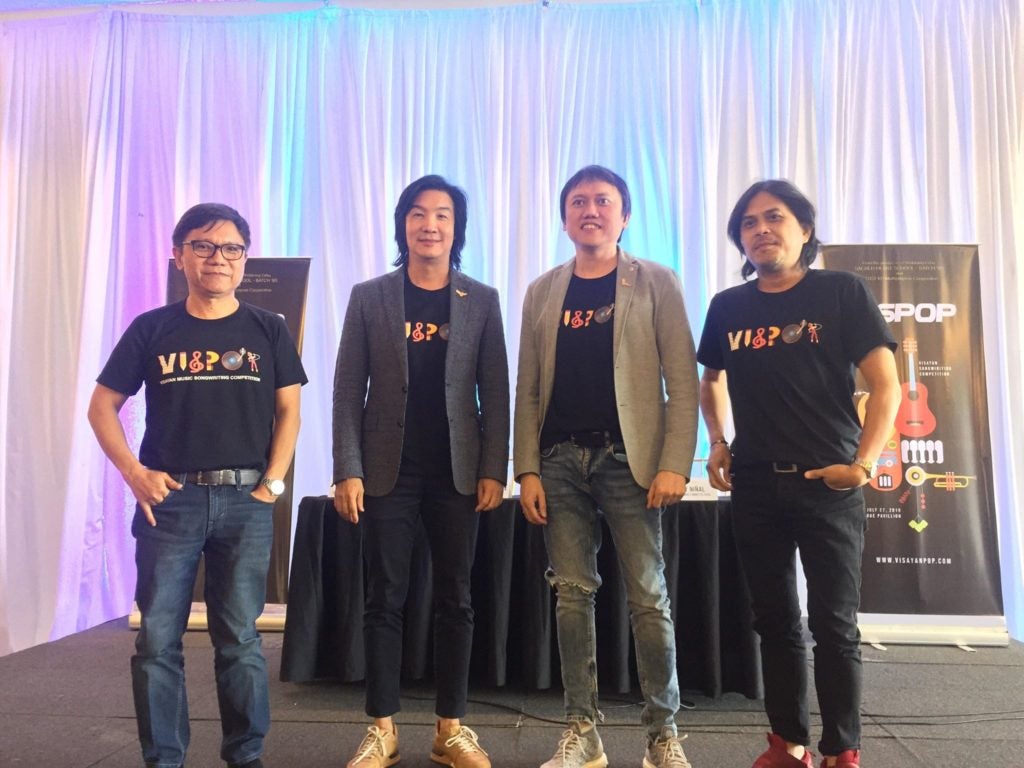 Cebu City, Philippines — The Visayan Pop Songwriting Competition is finally back after a year of rest.

Lorenzo “Insoy” Niñal, the Vispop Screening Committee Head, announced this in a press conference on February 27, 2019, at the Oakridge Horizons in Oakridge Business Park.

Finals night will be held on July 27, 2019 at the Oakridge Pavillion, Oakrdige Business Park in Mandaue City.

The competition is a brainchild of Artist Ko Multpurpose Cooperative, which was first staged in 2013.

The purpose of the competition is to showcase Visayan language and music.

“There is a lot of progress with this partnership we have right now. Wala nawala ang Vispop, actually nipahuway lang to siya kadyot. We are back with people na mas mo padako ug mapalambo pa gyud ang Vispop,” Niñal added.

This year, the Artist Ko Multpurpose Cooperative partnered with the Sacred Heart School for Boys – Batch 1985 foundation, the same group behind the Binibining Cebu pageant.

Multi-awarded furniture designer Kenneth Cobonpue said it will be challenging on his part to be the Vispop creative director.

“Behind every challenge is an opportunity. I am sure we can do something very creative,” he said.

For Cobonpue, they aim to promote Cebuano culture through the singing and songwriting competition.

Jojo Lopez, Vispop screening committee member advised the songwriters to be themselves.

“You are a Cebuano and you are a Bisaya,” Lopez said.

For Barney Borja, Vispop project chairman, he encouraged songwriters to give effort to their entries.

“[Don’t give] just a demo but they can arrange or record on a studio. Hatagan og effort kay ila man ng masterpiece,” Borja added.

He also told songwriters not to be afraid in writing Bisaya songs.

Following  guidelines is also important in joining the contest.

“You cannot say anymore, this is me I am a writer. Bahala na mo diha mo sulat ko. No, you can write that when you come up with your own album but joining contest lahi there are judges, there are screening committee lahi siya,” Niñal said.

Thinking the audience also matters in the competition.

“Stop thinking of yourself, bahala mo diha kay akoa ni. Yes it is good but how can you win if you are not mindful with the guidelines,” Niñal added.

Interested songwriters are encouraged to send their entries to www.visayanpop.com from March 1 to May 7, 2019.