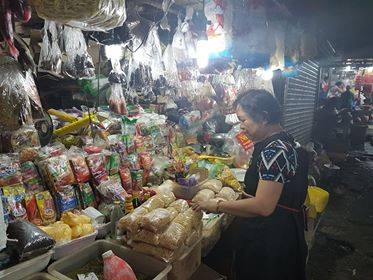 The use of plastic to pack or repack food items is a common practice not just in supermarkets or sari-sari store but also in public markets, including the Carbon Public Market, the biggest public market in Cebu City. |CDND File Photo

CEBU CITY, Philippines — Environmental advocates want the Cebu City Council to approve the proposed ordinance which bans the use of single-use plastics without any exceptions.

Nash Yap, one of the coordinators of Basura Run, said that providing exceptions would defeat the purpose of the proposed ordiance.

Yap said that one of the exceptions of the proposed ordinance is to provide plastic straws to persons with disability (PWDs) and senior citizens and fast food chain may still provide plastic spoon and fork to their customers for a minimal fee.

He suggested that instead of using plastic straws, fast food chains may use paper straw as an alternative.

Yap, however, has also lauded the authors of the proposed ordinance, after it prohibited the use of plastic cups during outdoor events such as marathon and fun runs.

Tony Galon, founder of The Five Pieces Daily Habit, has also expressed his support to the proposed ordinance.

The Five Pieces Daily Habit is an advocacy, which urged the public to pick five plastic garbage’s every day.

He added that the public still needs to be educated for they are used in using plastic because of its convenience.

But Galon said that plastic takes a lot of years to decompose which is the major cause of flooding in the city, for it can clog waterways and creeks./dbs