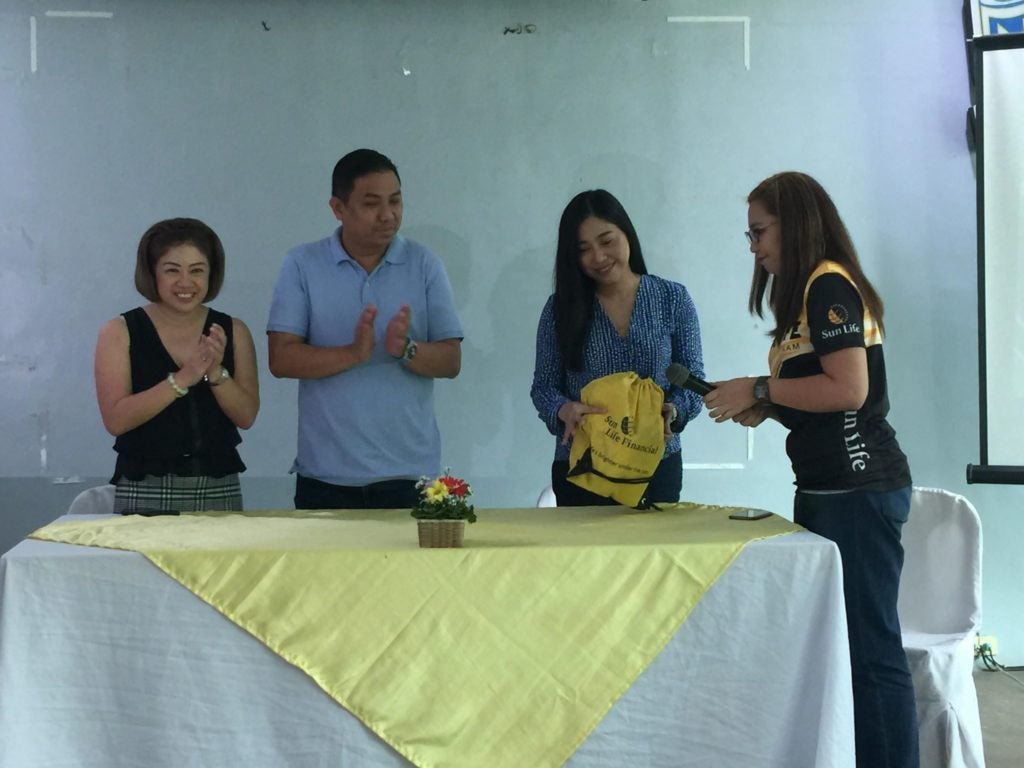 Sun Life Financial Regional Sales manager for Visayas Mary Margaret “Marga” Bernardo (extreme right) hands a token to City of Naga Mayor Kristine Chiong (second from right) to show their appreciation for being the host venue of the Sun Life 5150 Triathlon Cebu during the press launching of the event at the VAL 2020 Hall of the Naga City Hall. Looking on are Cebu Provincial Board Member Miguel Magpale (second from left) and Sunrise Events Inc. General Manager Princess Galura (extreme left). Naga will be hosting the race on April 28. CDN Digital photo | Mars G. Alison

CITY OF NAGA, CEBU—  Ten Nagahanon triathletes will get a chance to compete for free in the Sun Life 5150 Triathlon Cebu and Go For Gold (GFG) Sunrise Sprint, which the city will be hosting on April 28, 2019.

This was announced by City of Naga Mayor Kristine Chiong during the press conference for the races last Tuesday, March 12, 2019, at the VAL 2020 Hall of the Naga City Hall.

“We will be sponsoring 10 Nagahanons to take part in the event,” said Chiong, who added that they have already made the announcement to their constituents.

Mayor Chiong added that the 10 slots will be awarded on a first-come first-served basis. The applicants must be able to present proof that they are residents of the City of Naga and that they are bonafide triathletes.

Both events will be organized by Sunrise Events Inc. (SEI) in cooperation with Cebu Province and the City of Naga.

Both events will start and end within the City of Naga’s Boardwalk  vicinity.