Guadalupe River Clean Up: Too much garbage, very few volunteers 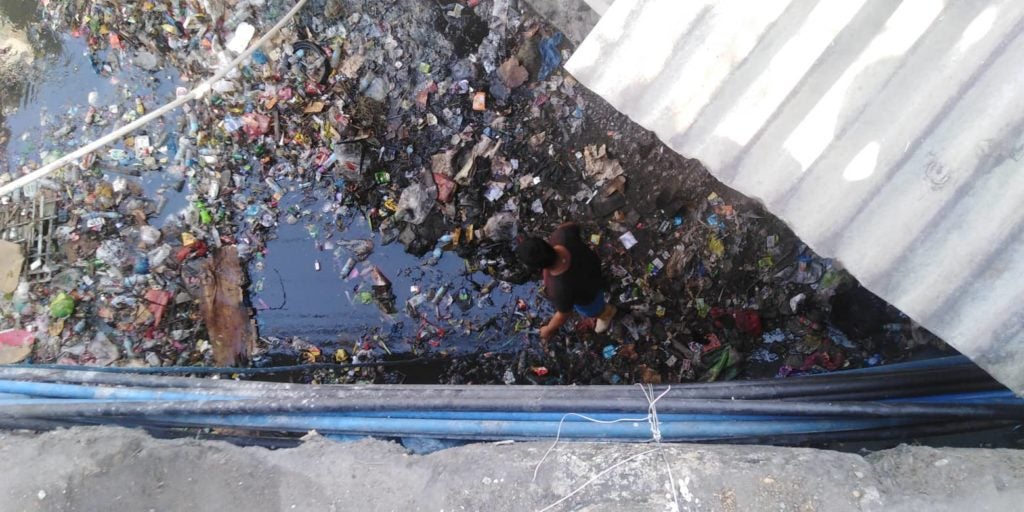 Massive trash deposit was found under the Guadalupe Bridge in Cebu City during the Saturday morning clean up of the Guadalupe River. | Delta Dyrecka Letigio

CEBU CITY, Philippines–The third and last leg of the Cebu City Environment and Natural Resources Office’s (Cenro) massive river clean up did not gather as much support as expected.

Nida Cabrera, Cenro head, said that of the 5,000 volunteers who made a commitment to join this morning’s clean up, less than 1,000 showed up.

Cabrera said that the volunteers who came were overwhelmed by the volume of garbage which they found on the Guadalupe riverbank.

She said that the volunteers only cleaned portions of the  river’s eight stations during the duration of the clean up from 6 a.m. to 10 a.m.

Too tired to continue, Cabrera said they called off the Guadalupe River clean up after four hours of work.

Cabrera said the volunteers were also discouraged by the very foul smell of the river which they likened to that of a dumpsite.

She said that even if Cenro would conduct weekly clean ups, they will never be able to clean the Guadalupe River if residents would continue to dispose their trash into the water body.

The Guadalupe River was already the third water body which Cenro, employees from other government agencies and volunteers cleaned in the last three weeks. They also cleaned the Bulacao River on February 23 and the Lahug River on March 9.

Cabrera said that the river clean up which the City initiated allowed them to also assess the state of three of their major water bodies.  With the “gorry” outcome of their clean up activities, the city government will have to plan their next action to address the massive pollution of its rivers.

The Department of Environment and Natural Resources (DENR) has given the Guadalupe River a Type C classification which means that it is no longer sage for drinking or bathing. /dcb