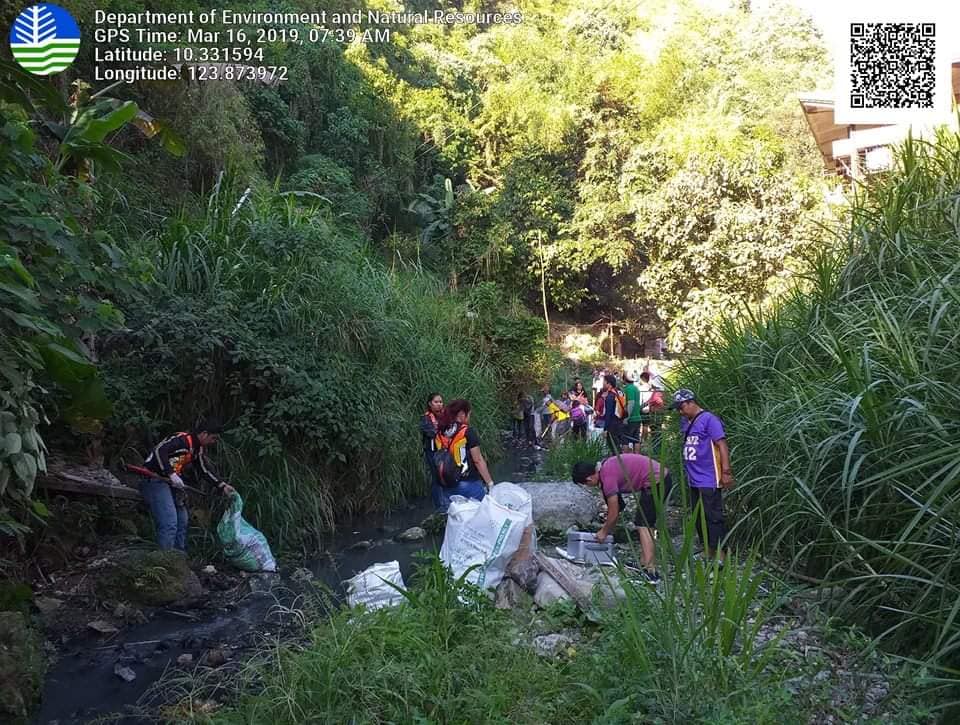 CEBU CITY, Philippines – Personnel from different government agencies and volunteers who participated in the Saturday morning clean-up of the Guadalupe River collected a total of 90 sacks of trash weighing 1, 800 kilos.

The Department of Environment and Natural Resources in Central Visayas (DENR-7) said in a Facebook post at 3 p.m. today, March 16, that the wastes were collected from the upstreams of the Sapangdaku and Guadalupe Rivers in Cebu City.

The Saturday morning clean-up was already the third which the Cebu City Environment and Natural Resources Office (Cenro) spearheaded with partner agencies including DENR-7 in the last three weeks. Earlier clean-ups were also made at the Bulacao River – February 23 and the Lahug River – March 9.

In its Facebook post, DENR-7 said that the river clean-up was done “in support to the national campaign to clean-up all rivers and water bodies in the country.”