CEBU CITY, Philippines — Netizen, Angela Montermoso, from Dumaguete City posted pictures on her Facebook account yesterday, March 17, of a foreigner who was busy fixing the trash bins along the famous boulevard of the city. The post garnered 1,400 shares and about a thousand reactions.

(“Woah. We should be ashamed of ourselves here because he (a foreigner) is the one repairing the damaged trash bins at the boulevard. Thank you sir! God bless you!) 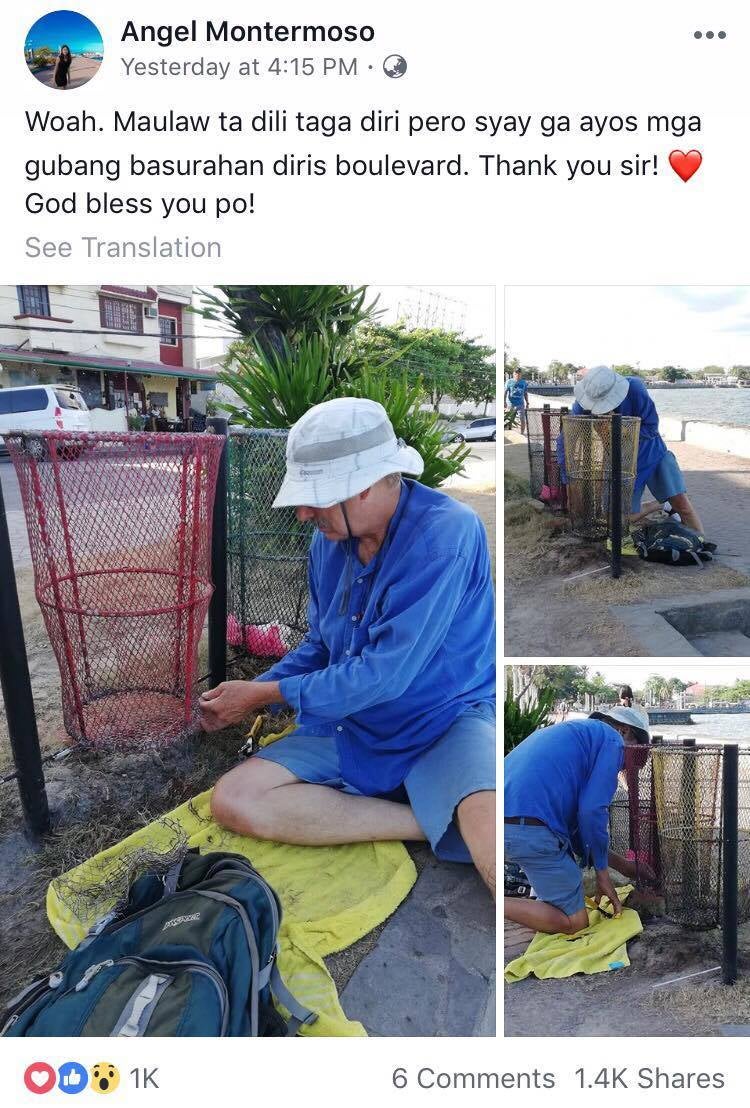 This is a screenshot of Angel Montermoso’s online post of a foreigner fixing damaged garbage cans in Dumaguete that went viral online.

Montermoso shared with Cebu Daily News Digital why she took the pictures and posted it online.

In these times, it’s rare for someone to care for the surroundings, and even more rare since he is a foreigner and he’s the one who fixed (the damaged trash bins). So I just want him to be recognized. I wasn’t expecting for my post to get a lot of reactions.)

Although, she failed to ask for the identity of the foreigner, this is her way of commending him, whose simple act can go a long way and serve as an inspiration to everyone. /dbs