Driver, seeking an energy boost, lands in jail after he was caught with shabu in Pasil 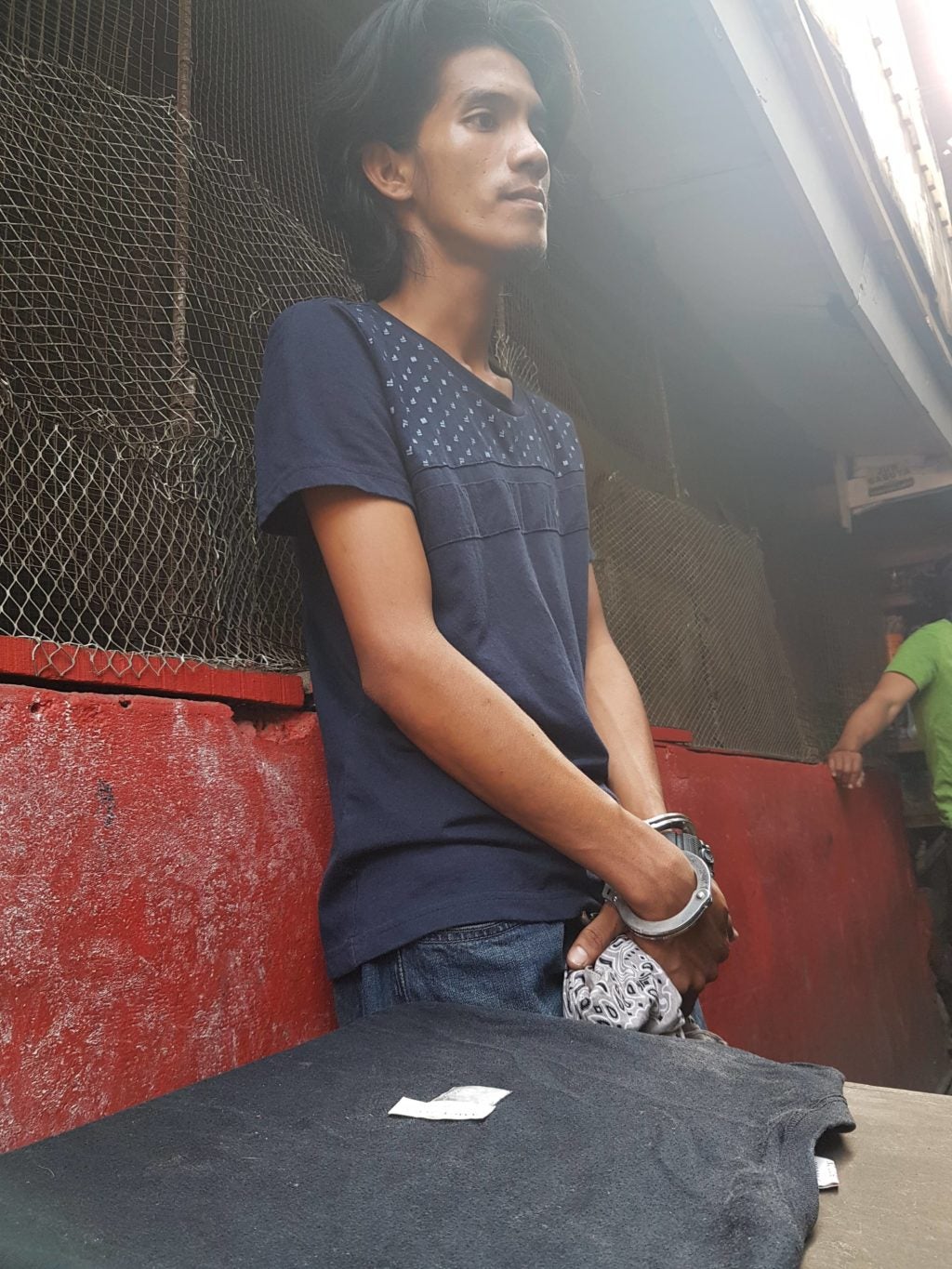 Abdurasid Haji, 26, is caught with a pack of suspected shabu and is detained at a police detention cell in the Cebu City. |Benjie Talisic

CEBU CITY, Philippines — He just wanted to have something that can boost his sagging energy and to keep him going in doing his job as a truck driver of a fish carrier plying the Basilan-Cebu route.

But Abdurasid Haji, 26, of Basilan town in Mindanao, on Monday afternoon did not get his energy boost  and also ended up in jail after he was caught with a pack of suspected shabu in Barangay Pasil in Cebu City.

PO2 Raymund Calumboy of the Cebu City Force Mobile Company, said, in an interview on Monday, March 18, that they chanced upon Hadji walking along L. Flores St. in the barangay.

Calumboy said that Hadji started acting suspiciously or showed that he looked like he was feeling uneasy as the police officers on foot patrol drew near him.

So, Calumboy said, they stopped Hadji to check him and found the pack of suspected shabu from him.

Hadji was detained at a Cebu City police detention cell pending the filing of charges./dbs