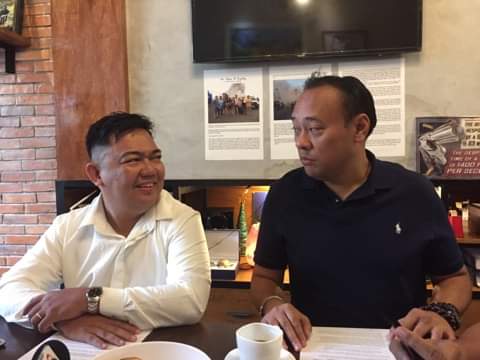 CEBU CITY, Philippines–Cebu City candidate for councilor, Ernesto Herrera II and his wife, Vanessa has been cleared of the charges of estafa and qualified theft by the Danao City Prosecutor’s Office on March 12.

According to Herrera’s legal counsel, Lawyer Abraham Acosta, the cases filed by spouses Neil Richard Kintanar and Janice Kintanar against Herrera and his wife were dismissed by the Danao Prosecutor for lack of merit.

In the Resolution for Dismissal, Danao City Prosecutor, Jose Dionisio Kyamko, said that the complainants were not able to provide substantial proof to establish the case of qualified theft and estafa.

It should also be noted that the case was filed against Ernesto Herrera III, the younger brother of Herrera, but the complainants affirmed in statements that they refer to the electoral candidate.

Acosta said that the prosecutor took this into account saying through the resolution that the complainants “strongly represented” that they knew the spouses well, but filed a case on the brother-in-law of Vanessa instead.

“In this score alone the dismissal if the instant complaints in favor of the latter is a foregone conclusion,” said the Kyamko in his dismissal resolution.

The Prosecutor also found Vanessa Herrera’s act, as alleged by the complainant, “does not point criminal liability towards her.”

For the Prosecutor, the evidence presented by the Kintanar spouses, which included housekeeping accounting, were “unsigned unverified and of dubious existence.”

Herrera said that he was relieved that the case was dismissed as he said the case was merely for malicious purposes.

“I can now focus on my candidacy,” he said.

Last February 8, spouses Kintanar also filed a criminal case against Herrera and his wife for qualified theft and estafa.

The Kintanar spouses claimed that they were in a business partnership with the Herrera spouses in the putting up of Kambal Pandesal bakery located inside Mitsumi branch in Danao City.

The Kintanars claimed that they agreed that on paper, the Herreras would be the sole propietors of the bakery, so they could start the business immediately.

However, on November 2018, the management of the bakery contacted the Kintanar spouses raising concerns of the P80,000 worth of unpaid supplies.

The Kintanars also claimed that they get less of the 50 percent share of the income of the bakery every month.

On November 27, the Kintanars requested the Herrera’s to pay their dues through a demand letter after both parties met personally.

“Clearly, the Herreras misappropriated the money as they converted part of the shares of the Kintanars for their own gain,” said the Kintanars./dbs