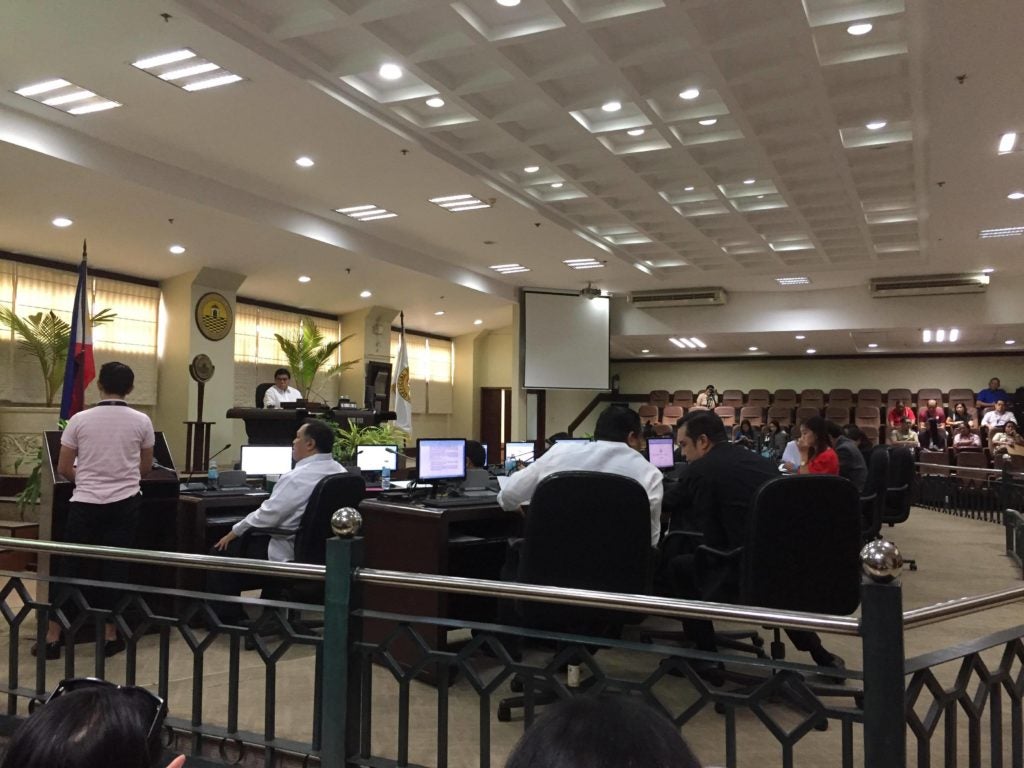 CEBU CITY, Philippines–The Cebu City Council declared a state of preparedness for the city due to the El Niño.

In the regular session on Tuesday afternoon, March 19, the council received a recommendation from the City Disaster Risk Reduction and Management Office (CDRRMO) to request the council to place the city under state of preparedness.

In the letter, the CDRRMO recommended that the barangays submit reports to the council and the CDRRMO of the effects of the El Niño in their areas including water levels, state of the crops, and the health of the animals.

Councilor Margot Osmeña called for the declaration of the State of Preparedness, which the council agreed on.

Meanwhile, the Provincial Disaster Risk Reduction Management Office had also recommended to the Gov. Hilario Davide III to declare a state of calamity in the province to address the effects of El Niño on crops and the livelihood of the farmers.

In the Cebu City Council session on Tuesday, March 19, Councilor Jocelyn Pesquera also called for the Association of Barangay Councils (ABC) to coordinate with the CDRRMO on the current state of the barangays.

The council agreed that a state of preparedness could put the city in a vigilant state for the El Niño that would be expected to last until June that would be according to the Philippines Atmospheric Geophysical and Astronomical Sciences Association (Pagasa). /dbs