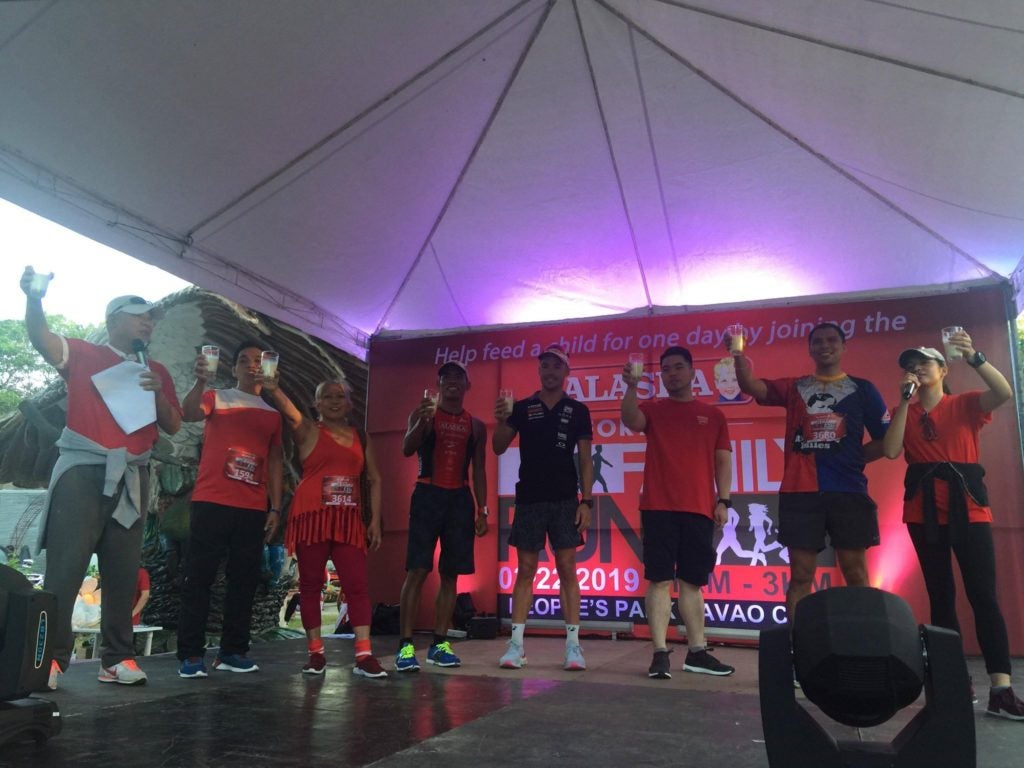 DAVAO CITY, Philippines — Ten children in Cebu who want to compete in the Alaska Ironkids but don’t have the financial means will finally get their chance.

This after Alaska vowed to sponsor aspiring young triathletes and also help them with their training.

This was announced by Diane Guerta, the Associate Brand Manager of Alaska chocolate powdered milk drink, during the Alaska Family Run held early morning of Thursday, March 22, 2019 at the People’s Park here.

“We want to encourage younger kids, four years old and below to really start having a sport,” said Guerta.

The program is part of the Alaska Fortified Sports, which is keen not only in promoting the affordable nutrition to families by adding milk to their diet but also encouraging the parents to lead their children in having an active lifestyle.

“We want to fund their passion for triathlon,” said Guerta, who added that they will be working with Alaska Ironkids coach Ani de Leon Brown for this new program.

According to Guerta, they will be tapping local coaches to handle the training under  Brown as well as to identify the deserving children with potential as they will have to come from less privilege families.

Guerta added that they wanted to start the program here in Davao but due to time constraints they will instead implement it for the Alaska Ironkids races in Cavite (May 12) and Cebu (August 10) this year.

Although the program implementation is still being finalized, Guerta will be tapping children as young as four years old to 14 years old, which is the cut-off age for the Alaska Ironkids, for the program.

Children identified for the program will not have to spend much as the training and registration for the Alaska Ironkids will be free. /bmjo

Read Next
Police seize marijuana from brothers in Talisay City