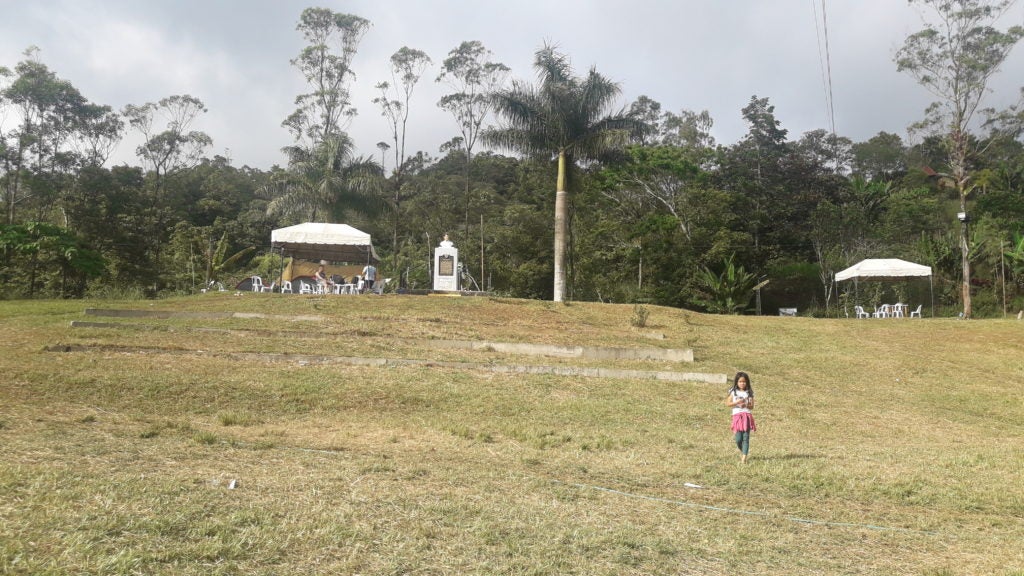 The campsite in Barangay Sunog, Balamban Cebu where the Noya family lives. Marcelino Noya, along with his family members, discovered the plane wreckage on March 17, 1957. /Cris Evert Lato-Ruffolo

BALAMBAN, CEBU — As the flurry of people packed their bags and left the campsite, Francisco Noya, 81, sat on a plastic chair under a makeshift hut that was made especially for the occasion.

It was the 62nd death anniversary of former President Ramon Magsaysay and 26 other passengers, who were in the Douglas C-47 plane called “Mt. Pinatubo”  that slammed against the slope of Mount Manunggal in Balamban, Cebu on March 17, 1957.

Every year, an annual trek is conducted by mountaineers, history enthusiasts, outdoor lovers and local leaders to commemorate the day that Magsaysay perished in the tragic plane crash.

Francisco was about 20 years old when the accident happened. His father, Marcelino, was the one who discovered the plane wreckage, five hours after the crash happened.

The family lived in Barangay Sunog, Balamban, where their main source of income was farming.

Francisco said they were up late that night because they just came back from selling their produce of ampalaya (bitter melon) on a Friday, March 16, which was the market day in barangay Binaliw, Cebu City. 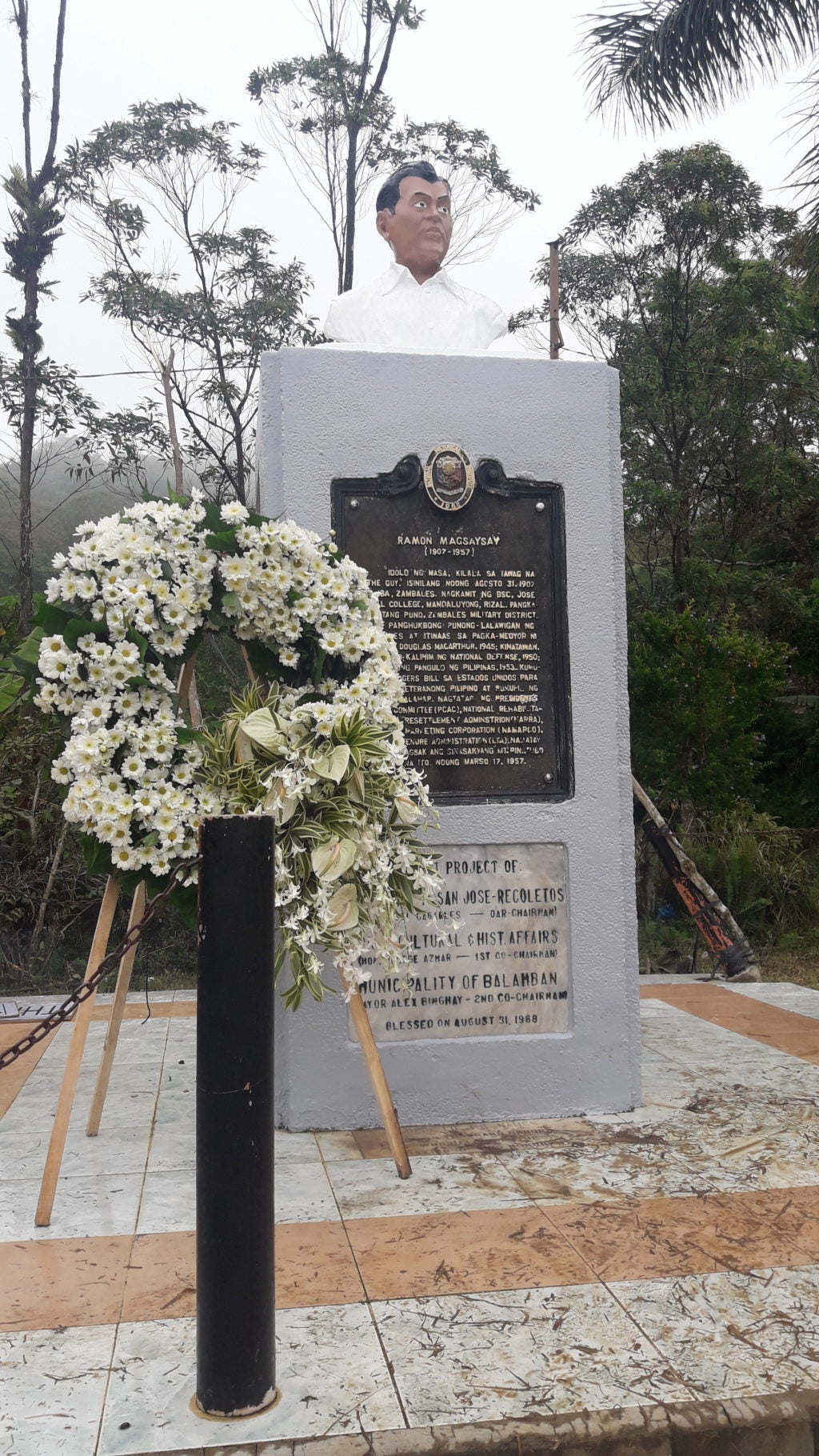 Passing by forests and wading through rivers, the distance between Binaliw and Sunog is about two hours by foot. (At present, the two barangays can now be accessed via the Cebu Transcentral Highway within an hour.)

(When we arrived home, we cooked the fish that we bought. We finished eating a few minutes before midnight and then we played some music.)

While they were busy with merrymaking and swapping stories, Francisco said they heard the loud sound coming from an airplane.

(My father said, ‘The airplane is flying too low. By the time it reached Mount Manunggal, we heard a loud sound and then silence. My father said, “Uy! I think the airplane crashed.’ Because we did not hear any more sound.)

The Noya family was not living at the vicinity of the crash then because the area was not ideal for farming. Francisco said their plants were often destroyed by strong winds so his father decided to build the family house away from that area.

It was 1957 and the area, which is now frequented by trekkers and mountain climbers, was filled with lush vegetation. Some of them also had alcohol in their systems so leaving their home a few minutes past 1 a.m. out of curiosity to check if there was indeed a plane crash was not an immediate concern.

But at 6 a.m., Franciso said their father was insistent that they go check their land in Mount Manunggal.

(I was with my father, our dog named Serging Abante, my brother, Sergio and other people. We could smell the fumes from the plane and then we heard someone calling for help.)

Francisco was instructed by his father to go back to the plain to inform their neighbors about the plane crash. He was also told fetch blankets, pillows, and a hammock.

Nestor Mata, a journalist of the Philippine Herald who covered Magsaysay’s Cebu events, was the lone survivor of the 1957 crash. (Writer’s note: Nestor Mata lived until he was 92 years old. He passed away on April 12, 2018 after more than 60 years of serving as editor and columnist of various publications.)

Francisco clearly remembers how Mata looked like: burned face, the skin on his arms gone, and his voice hoarse from calling for help.

Franciso said Mata was transported by nine people, including his father, with their dog, Serging Abante, barking all the time, signaling that there was someone in dire need of help.

At the Noya home, Franciso said they gave Mata bread and sikwate (chocolate drink made from roasted cacao beans mixed with water and sugar) as they waited for medical personnel from Southern Islands Hospital (now Vicente Sotto Memorial Medical Center).

The bread was just bought during the market day; the sikwate was freshly made from the cacao beans that they harvested from their cacao trees. 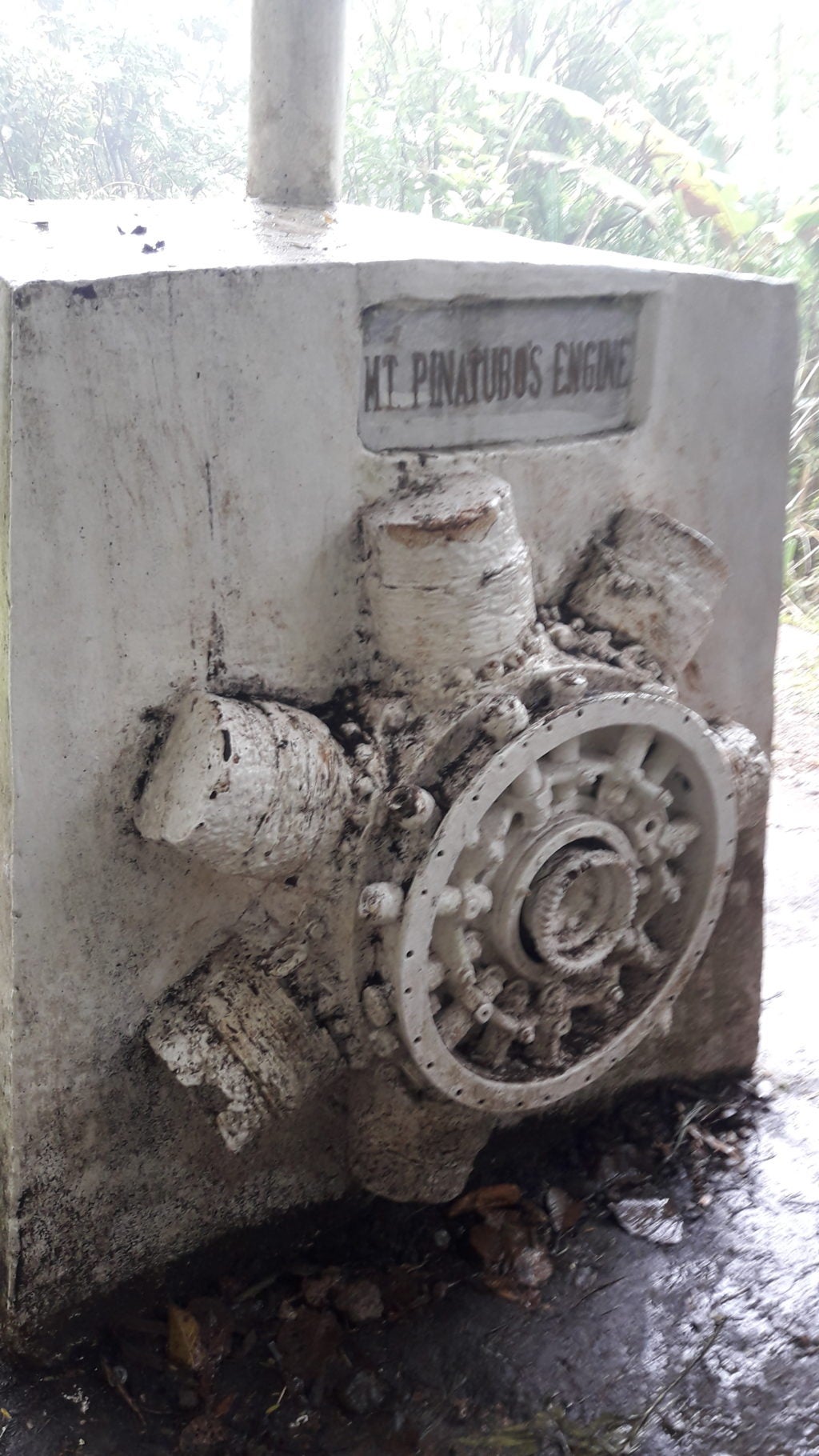 The engines of the Douglas C-47 plane called Mount Pinatubo, which crashed in Mount Manunggal, Balamban, Cebu, are cast in concrete to remind visitors of the tragic incident that led to the death of former President Ramon Magsaysay and 25 individuals. /Cris Evert Lato-Ruffolo

Based on the inscription at the vicinity of the crash site, where the plane’s two engines can still be found, the plane had 27 individuals; 26 of them, including President Magsaysay perished from the catastrophic incident. Mata, the lone survivor, lived to tell the story in a memoir entitled “One Came Back,” which was co-written with Vicente Villafranca.

The two engines of the Douglas C-47 plane are now cast in concrete at the vicinity of the crash site, a reminder of the tragic incident. An inscription tells the brief story of the crash and listed the names of the passengers and crew.

Less than a kilometer from the crash site is the camp site, where a monument of President Magsaysay stands. The campsite is complete with several restrooms, stage and a bonfire spot.

Francisco showed to Cebu Daily News Digital a copy of Mata’s memoir, which narrated the events that Magsaysay attended prior to the crash.

His father, Marcelino and their dog, Serging Abante, were given medals at the Malacañang Palace in 1957 in recognition and gratitude for leading rescuers and investigators to the crash site.

To this day, the medals are still with the family. There were offers from various individuals to buy them but the family refused.

Rose Noya-Nacua, the fifth child of Francisco, said the medals symbolize honor and honor is what they held on for years now. It is a legacy that they can pass on to their children, she said.

(This is part of history that cannot be taken away. It shall stay. The medal is a symbol of my father’s honor. He was not awarded money because money can be spent. The medals we can show to our grandchildren so we were told by my father to never sell them.)

Francisco said that his father, Marcelino, died at the age of 92 in the year 2005. Marcelino was born in 1913 and was 44 years old when the plane crash happened. 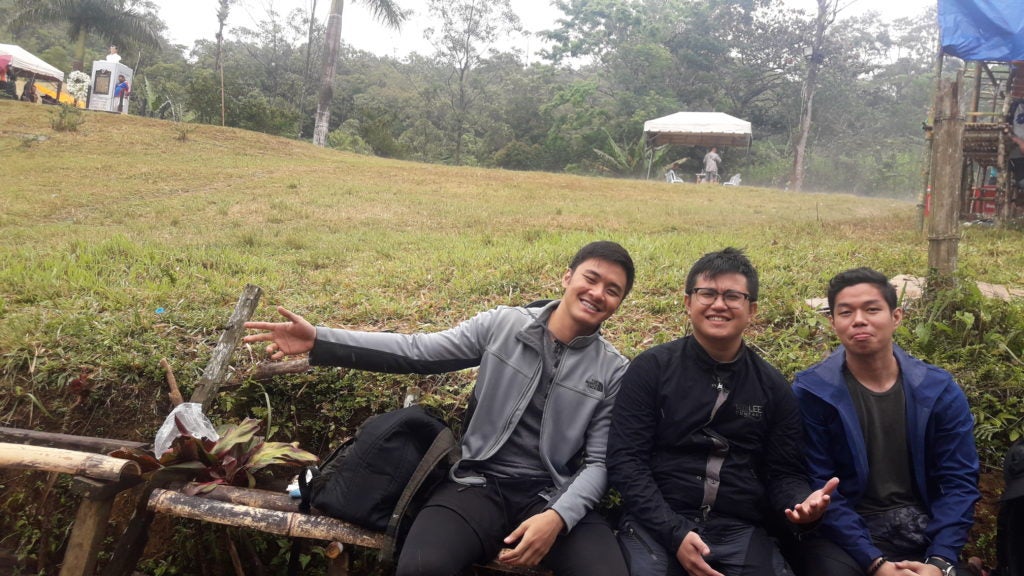 College friends  — Jonathan Aveda, John Lao and Peter Paul Lim — joined the trek that led to the summit of Mount Manunggal on Sunday, March 17, 2019. It was their first time to be in Mount Manunggal.

“It was a good experience. The organizers were very accommodating. The guides were good and there were safety precautions in place,” said Aveda.

It rained hard in Mount Manunggal that Sunday, March 17, leaving the trail slippery and quite challenging to trek.

Yet people kept coming to honor those who perished in an incident that carried the man, whom many often surmised, could have changed the country’s history had he not met his untimely death in the crash./dcb

Read Next
POST PRANDIUM: Why do we have a large trade deficit?