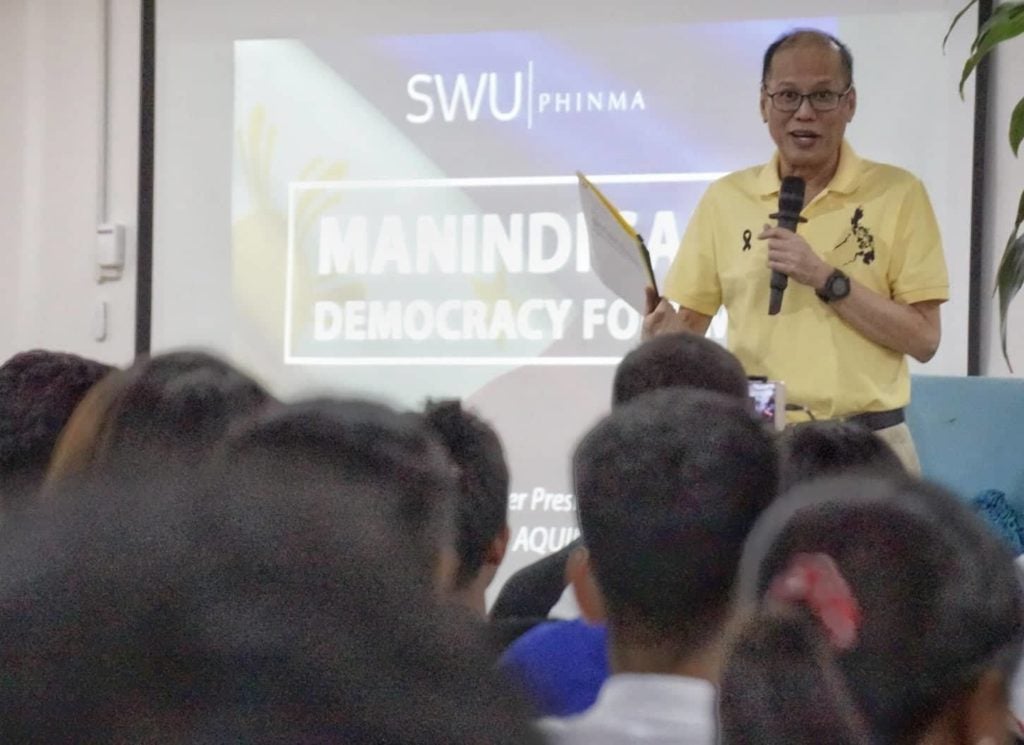 CEBU CITY, Philippines— Opposition senatorial bets under the “Otso Diretso” slate courted voters of Cebu, the country’s most vote-rich province, to support them in the upcoming May 13, 2019 elections with former President Benigno Simeon “Noynoy” Aquino III in attendance.

Aquino along with human rights lawyer Chel Diokno, election lawyer Romulo Macalintal, former solicitor general Florin Hilbay, lawyer Erin Tañada and Samira Gutoc were in Cebu on March 26, 2019 for a series of activities that introduced the opposition slate to the Cebuanos.

They attended the “Manindigan: Democracy Forum” held on March 26, 2019 at the Southwestern University (SWU)-Phinma, which was participated by representatives from various sectors.

The group then proceeded to the International Eucharistic Congress (IEC) Convention Center in Mabolo, Cebu City for their “gathering of allies” activity where they campaigned before a crowd of farmers, urban poor association members, and youth sector representatives.

The Cebu City Farmers’ Federation was among those who pledged support to the opposition senators.

(We believe that you will help us achieve our goal to institutionalize  the mechanization of farming, especially among marginalized farmers.)

Lagahid, a farmer from Barangay Budlaan in Cebu City, lamented how their produce are sold at prices that could not even recover the capital.

The sortie was also attended by Senator Francis “Kiko” Pangilinan, who endorsed the candidates.

Aquino, who yielded over one million votes from Cebu when he won the presidency in 2010, campaigned for the eight-person slate saying that supporting Otso Diretso  “is one of the solutions to the country’s pressing problem.”

“Sipag at Tiyaga,” Aquino said, is much needed for the Otso Diretso slate to get into the Magic 12 in the Senate despite results of the recent surveys showing only former Senator Mar Roxas and Senator Bam Aquino making it to the Top 12. 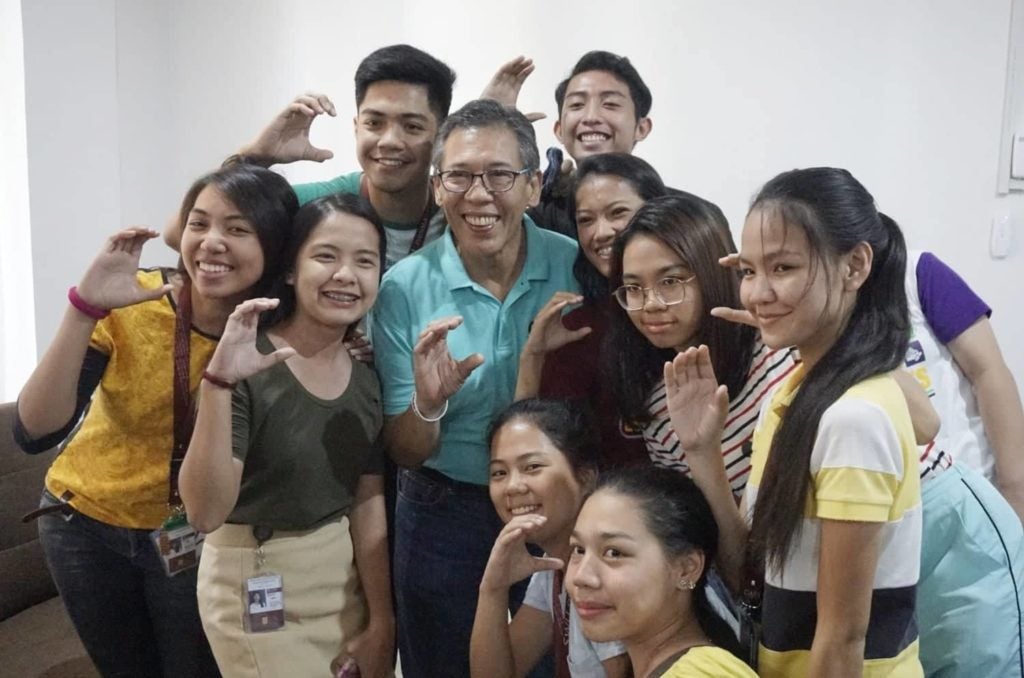 Roxas, Aquino, and Magdalo Representative Gary Alejano were not present during the sortie in IEC Convention Center and in the democracy forum.

Referring to the Otso Diretso senatorial candidates, Aquino said the government at present needs a group that will not only say “yes” to the requests of the administration, but would also be willing to say “no” when the need arises.

(We need that kind of voice because if we keep on just saying “yes,” we have to ask if you are really happy with all that is happening — the language used, the institutions being attacked, the worries. If you are happy, vote for them but if you are not, we have to look for alternatives and for me, Otso Diretso is part of the solution.) / celr

Read Next
Cops urged: Enforce at all times laws to protect women, kids