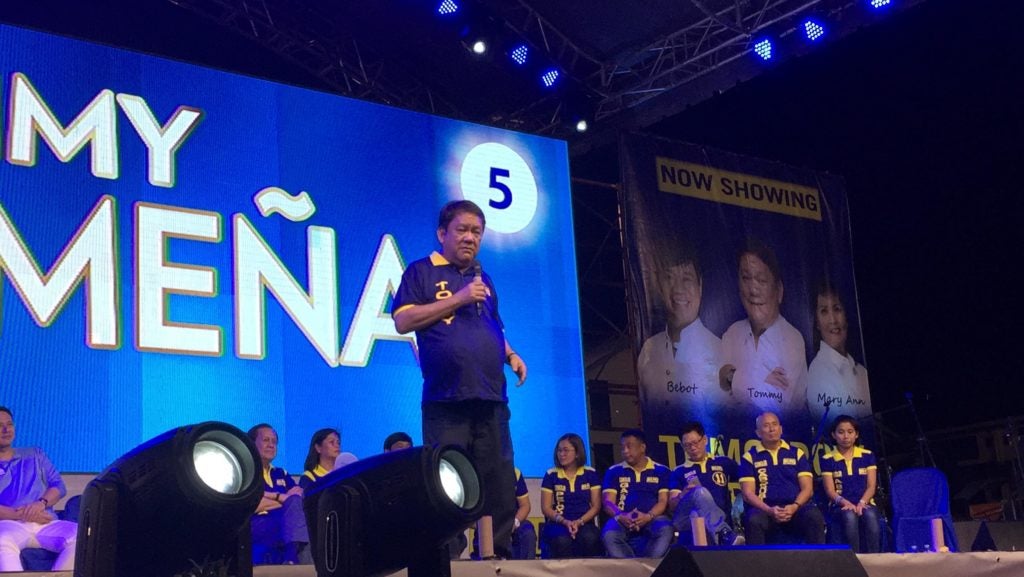 Cebu City Mayor Tomas Osmeña made this call to the estimated 18,000 supporters who showed up at the BO-PK proclamation rally on Saturday, March 30, at the Cebu City Sports Center (CCSC).

Mayor Osmeña, who is running for reelection, said that they (supporters) would need to carry the entire BO-PK slate so that the projects of the current administration would continue including the controversial Isla de la Victoria, an P18 billion mixed-development project on an 80,000 square meter lot in the South Road Properties.

The project involves a 50 year lease of the lot with the city government getting a 10 percent share of the profit of Universal Hotels and Resorts Inc. within that 50 year span.

Members of the opposition party, Barug-PDP Laban, had filed two lawsuits against the current city administration for pushing through with the project in December 2018.

Mayor Osmeña claimed that the opposition would only hamper the projects that he had started.

“We are the builders and they are the destroyers,” said Miguel Osmeña, the mayor’s son who spoke to the crowd at the CCSC after the short speech of his father, Mayor Osmeña.

During Saturday’s rally, the complete BO-PK slate appeared before the crowd in their signature blue and yellow shirts led by reelectionist Mayor Osmeña and his running mate for vice mayor, Mary Anne Delos Santos.

Arcilla and Andales are facing disqualification cases from the Commission on Elections (Comelec) First and Second Divisions, respectively.

Both candidates will be filing for a motion for reconsideration on their cases at the Comelec en banc.

They were disqualified based on a complaint of a certain Allen Canoy, who claimed that the two candidates were no longer eligible for running this May 2019 elections as they have served three consecutive terms in 2010, 2013, and 2016.

Bong Go was not able to attend the event but sent celebrity Ai Ai Delas Alas as a representative.

Reelectionist Councilor Dave Tumulak, deputy mayor for police matters, said  in a separate interview that the crowd that attended the BO-PK proclamation rally was estimated at 18,000.

Tumulak said that the crowd estimate came from the police./dbs