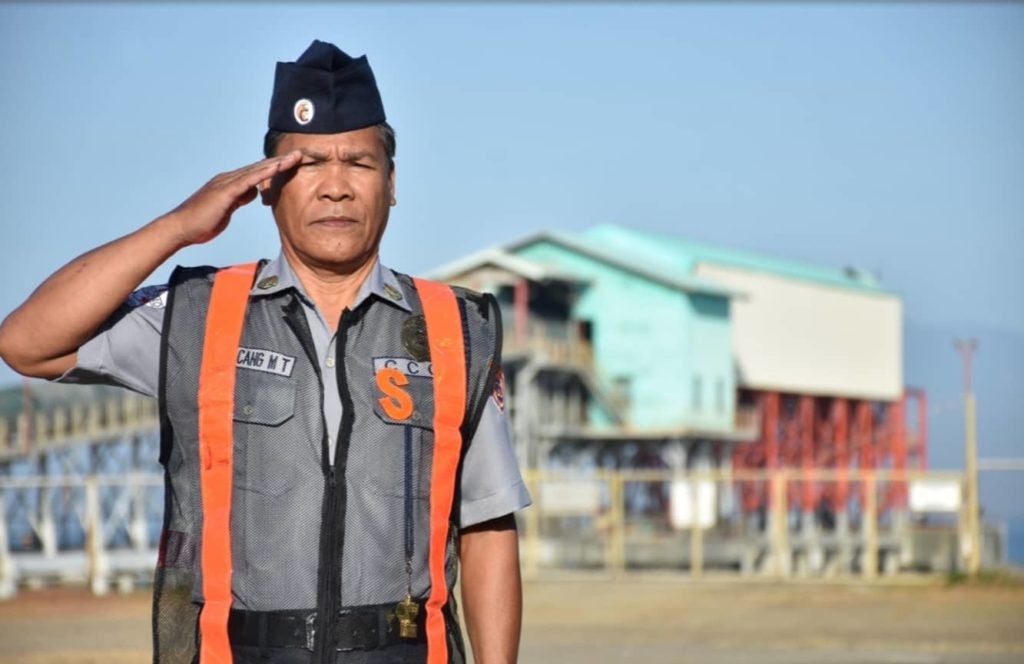 CEBU CITY, Philippines – Mario Gacang has worked as a security guard for Carmen Copper Corporation (CCC) in the last 34 years.

He took pride in his chosen profession which allowed him to give college education to all of his six children.

His eldest daughter now teaches in Thailand. His second daughter works as a Certified Public Accountant in Singapore while the third child is a Marine Engineer. His fourth child is now a lawyer while the fifth is a Computer Engineer based in Japan. His youngest daughter recently earned her degree in Aeronautics.

While he does not earn much, Gacang said he made sure to always give importance to “integrity over money” and “service above self,” the very same teachings that he would always shared to his children.

A CCC press statement said that Gacang immediately reported and surrendered the wallet to his night shift officer.

The next day, the wallet was returned to its owner, who was identified as Chinese national Li Wu, a crew member of M/V CSC Rui Hui that was docked at the Sangi Port in Toledo City that time for copper concentrate loading.

Wu and his superior were extremely grateful to Gacang and the Sangi security team, said the CCC statement.

Despite his financial difficulties, Gacang said that he never thought of keeping the wallet and its content for himself. All that he had in mind was to return the wallet to its rightful owner.

On March 18, CCC management led by CCC President and CEO Roy O. Deveraturda handed Gacang a certificate of recognition for his honesty.

“Most people will pursue power, glory and fame, but the most important things are neglected. In the book ‘The Little Prince’ it is said that what is essential is invisible to the eyes. So I’d like to add to that – that what is essential can only be felt by the heart. And it’s really very heartwarming and heartfelt to have someone like Mario perform a good deed for all of us,” Deveraturda said in his message.

“I know there are so many other like Mario here in Carmen Copper who are just silent, undiscovered, doing many good things but not pursuing glory or fame or power that we always associate with success. I’d rather keep something like what Mario demonstrated because at the end of the day, what will define our lives are the good things that we have done,” he added.

Deveraturda expressed confidence that Gacang’s display of honesty will reverberate and spread to hundreds, thousands and possibly millions of Li Wu’s countrymen when he recounts the story upon his return to China.