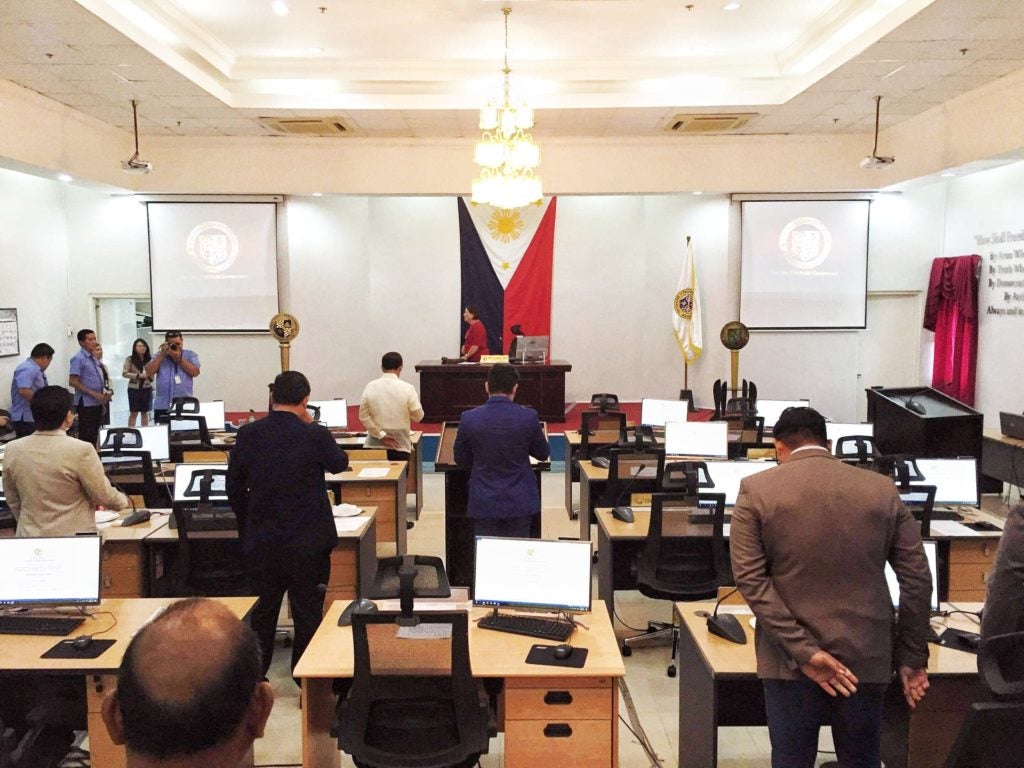 The Cebu Provincial Board (PB) failed to conduct its regular session barely a week since the start of the campaign period for local candidates. | CDN Photo/Rosalie O. Abatayo

CEBU CITY, Philippines — The Cebu Provincial Board (PB) failed to hold its regular session on Monday, April 1 as it adjourned for failing to meet the quorum.

This happened barely a week into the campaign period for local candidates running in the May 219 midterm elections.

Only seven out of 17 board members attended the session. These included Board Members Yolanda Daan and Raul Bacaltos of the First District, Sun Shimura of the Fourth District, Miguel Antonio Magpale and Jude Thaddeus Durano-Sybico of the Fifth District and ex-officio board members Celestino Martinez III of Liga ng mga Barangay (LnB) and Earl Tidy Oyas of the Philippine Councilors League (PCL).

Ten board members as well as the PB’s Presiding Officer, Vice Governor Agnes Magpale, were not able to attend the session. Only six of these 10 board members having able to inform the Office of the Secretary of the Sangguniang Panlalawigan (OSSP) of their absence in today’s session due to official business in their respective districts.

Despite the timing, Sybico, the PB’s majority floor leader, said he could not ascertain that the absence of majority of the PB had been due to the campaign season.

“I cannot say for my fellow board members because maybe they have other important things to attend to… maybe they are having an activity in their respective towns that are equally important,” said Sybico.

Sybico, who is already on his third term in the PB, is not running for any position in the May 2019 elections.

Still three months remaining in their term in the PB, Sybico said they still would have much work to do to make sure that the Provincial Government’s legislative agenda would be taken care of.

With the session being adjourned for the lack of a quorum, those lined up to be discussed for the day had to be tackled in the next PB session next Monday.

These included the the application for accreditation of civil society organizations of a farmer’s group from Balamban and a senior citizens’ organization from Mandaue City.

Majority of the officers of each CSO were required to attend the session for the supposed discussion on their accreditation.