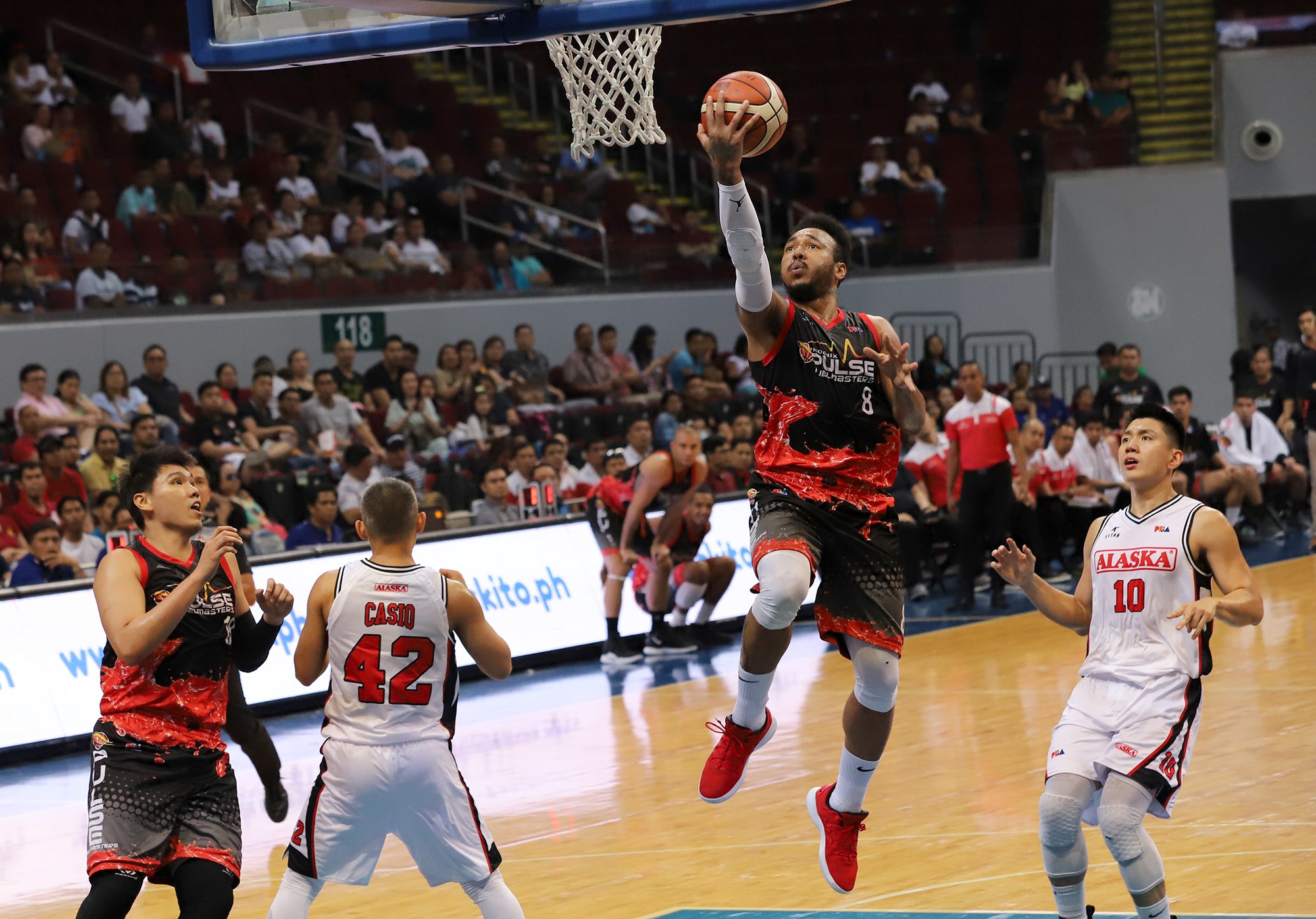 Calvin Abueva of Phoenix breezes past the Alaska defense in a PBA quarterfinal game on Sunday. Contributed photo | PBA Images

Coach Caloy Garcia’s biggest worry for Rain or Shine coming into Sunday night was how his Elasto Painters would be opening their quarterfinal match against NorthPort coming off a long break.

He had such a simple marching order that his charges followed to the letter: “At any given time, step up.”

Ed Daquioag and Rey Nambatac heeded that call and mounted sterling performances, and led the Painters to a 91-85 decision of the Batang Pier at Mall of Asia Arena to become the first semifinalists in the PBA Philippine Cup.

Jason Perkins scored a career-high 31 points that went with nine rebounds as the Fuel Masters posted the one-sided win for the franchise’s first semifinal stint.

“Before the game started, I told the players that the only thing I’m worried about is our first quarter,” Garcia told reporters, citing that they haven’t played any competitive basketball—even a tuneup at that—since defeating Meralco in their final elimination round game on March 15.

Daquioag and Nambatac had solid outings coming off the bench, with Daquioag finishing with a team-best 15 points on an efficient 71 percent shooting.

Nambatac, meanwhile, chipped in with 14 more.

“They were guarding James (Yap) throughout the whole game so it paved the way for the other players to step up,” Garcia said. “We know how dangerous the guards of GlobalPort have been and Mo (Tautuaa) has become a totally different player from the first time he came into the league. We really had problems matchup wise.”

The second-ranked Painters now await the winner of the San Miguel Beer-TNT series, which the Beermen lead, 1-0, and can wrap up on Monday, April 8, 2019,  in the 7 p.m. game at Smart Araneta Coliseum in Cubao.

Barangay Ginebra is also leading sister team Magnolia in the other best-of-three series, with the Gin Kings to also take the first of two shots at closing out the Hotshots in the 4:30 p.m. contest.

The winner of the Ginebra-Magnolia quarterfinal series faces Phoenix Pulse.

Rain or Shine drew significant contributions from old reliables Beau Belga, who had 13 points, and Gabe Norwood, who finished with eight. /bmjo