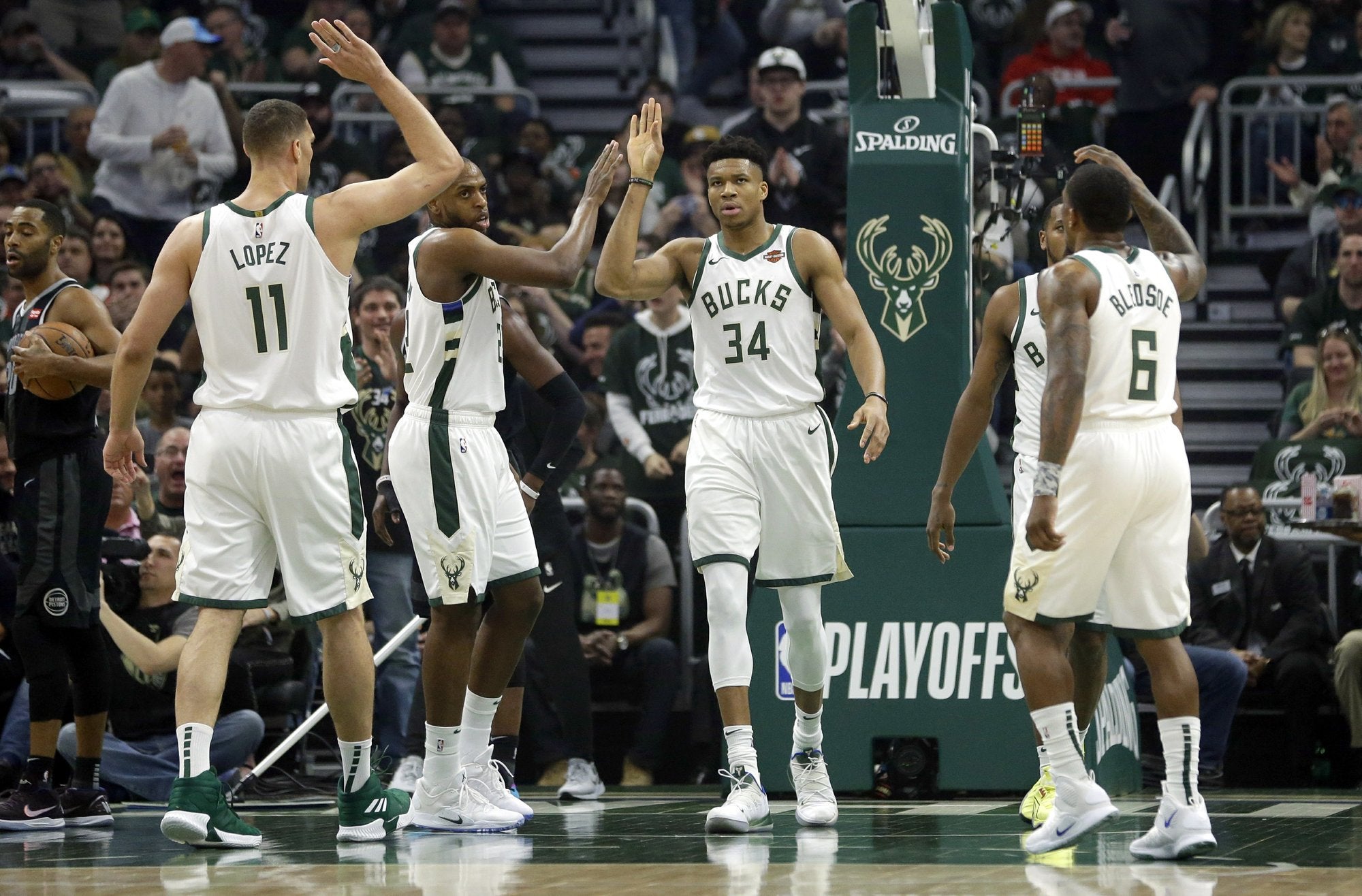 The Bucks celebrate in Game 2 of their first-round matchup with the Pistons. | AP photo

MILWAUKEE — Giannis Antetokounmpo scored 13 of his 26 points in Milwaukee’s big third quarter and the Bucks beat the Detroit Pistons 120-99 on Wednesday night (Thursday morning, Philippine time)  to take a 2-0 lead in the first-round playoff series.

Eric Bledsoe led the Bucks with 27 points, and Khris Middleton had 24. Milwaukee is trying win a series for the first time since 2001.

Luke Kennard had 19 points for Detroit. Reggie Jackson and Andre Drummond each added 18, and Drummond had 16 rebounds. Detroit star Blake Griffin sat out again with a left knee injury, but received a technical for the second straight game for arguing from the bench.

Game 3 is Saturday night in Detroit.

After scoring 10 points and playing only 14 minutes in the first half because of foul trouble, Antetokounmpo scored Milwaukee’s first seven points in the third quarter. The Bucks outscored Detroit 35-17 in the period to take a 93-76 lead into the fourth.

Detroit clawed within seven in the fourth before the Bucks put it away, capped by a hard drive by Antetokounmpo on a break. He banked in an awkward reverse-angle shot while crashing to the floor after being fouled by Drummond. He competed the three-point play it make it 105-87.

Detroit battled back in the second quarter, finally taking a 57-56 lead on Jackson’s jumper with 28 seconds left. Bledsoe briefly put the Bucks back in front, but Jackson closed the half with a layup to give Detroit a 59-58 lead. /bmjo