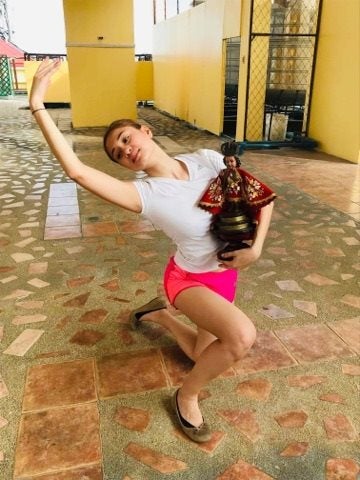 One thing’s for sure, the 18-year-old is working hard to make this happen.

The Sinulog Festival Queen 2019 is bound for Manila on April 22 for Reyna ng Aliwan 2019 competition, which is slated on April 26 at the Cultural Center of the Philippines Complex in Pasay City.

Borromeo has started her preparations since the beginning of April at Mel Maria Atelier with her manager Rabie Ian Pogoy.

“I practice my pageant walk, dance, and as well as question and answer,” she shared to Cebu Daily News Digital her preparations.

Part of her preparation is watching videos from the previous years of the pageant to know more about the format of the competition.

Reyna ng Aliwan is part of the Aliwan Fiesta activities. 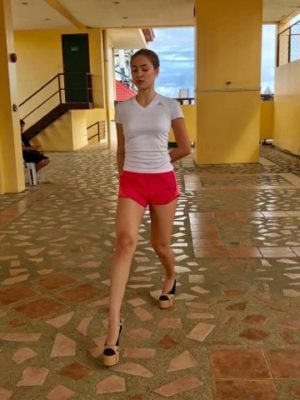 The Aliwan Fiesta is an annual event every April, which is a gathering of cultural festivals in the Philippines.

Among her challenges is to balance her time since she has one more major competition after Reyna ng Aliwan 2019.

Read more: Nicole Borromeo is not just a pretty face

Borromeo will represent City of Carcar for the upcoming Miss Teen Philippines 2019, which is slated from April 28 to May 8 in Manila.

“There would be days where I was exhausted and just wanted to go home but I would have practice instead. There are challenges but I understand what I brought myself into and I am willing to put in the work because the challenge is necessary for progress,” she added.

When asked how she manages the pressure, especially with Cebu City’s placement in the previous years, she answered, “I have surrounded myself with people who I know will support me with or without a crown and that is a reminder that I am enough.”

She assures Cebuanos that she will handle the pressure by doing her best. That way, if she wins or loses, she will not have any regrets.

“I am confident enough that she will give her best. We really prepared for this from her outfits, styling, costume, gowns, catwalk, and how she will handle the question and answer portion,” he said.

Pogoy also hopes for the best and he believes that if the crown is meant for Borromeo, the universe will conspire for her.

“My advice when she joins national pageants is not only limited to telling her to “Be Yourself“ but also more on giving us (the audience) a good show. It is a show! So, give them a show and perform. I let Nicole go out from her comfort zone,” he said.

He describes Borromeo as a shy and simple person.

“We have been working a lot with her self confidence and her catwalk. I must say she has improved a lot,” Pogoy added.