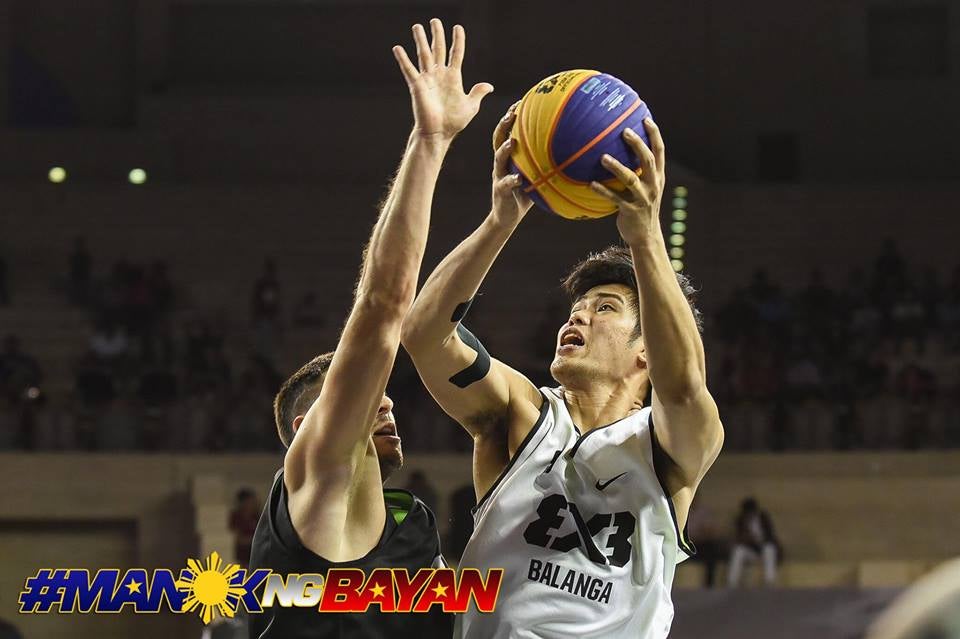 CEBU CITY, Philippines – In spite of the Philippines’ failure to advance in the 2019 FIBA 3X3 World Tour Masters in Doha, the country continued its rise in the FIBA 3X3 World Rankings with Cebuano forward Leonard Santillan making the leap up to no. 221.

Santillan, the former University of the Visayas Green Lancers, was part of the Balanga Chooks squad that had a great start in the 2019 FIBA 3X3 World Tour Masters but was eventually ousted in the knockout rounds.

The Philippines continued its rise in the FIBA 3X3 World Rankings. From number 32 after the Chooks-to-Go 3×3 Asia Pacific Super Quest, the Philippines jumped one spot to number 31 (1,806,820 points) in the Federation Rankings thanks to the country sending two representatives to the level 10 event.

“We are elated with this development but the work is far from over,” said Chooks-to-Go Pilipinas 3×3 league owner Ronald Mascariñas.

“We at Chooks-to-Go will continue to do our part in helping promote 3×3 basketball, develop our players, and join the tournaments sanctioned by FIBA,” added the sports patron.

Pasig though was overwhelmed by eventual-champion Riga Ghetto, who remained as world no. 3, in the semifinals, 21-15.

Up next for Pasig is the Kunshan Challenger scheduled from May 18 to 19, a qualifier to the Chengdu Masters.

The Philippines is looking to end up at the top 24 in the federation rankings by November 1, 2019 to qualify for the Olympic Qualifying Tournament. Only eight teams will play in the 2020 Summer Olympics in Tokyo, Japan./dcb