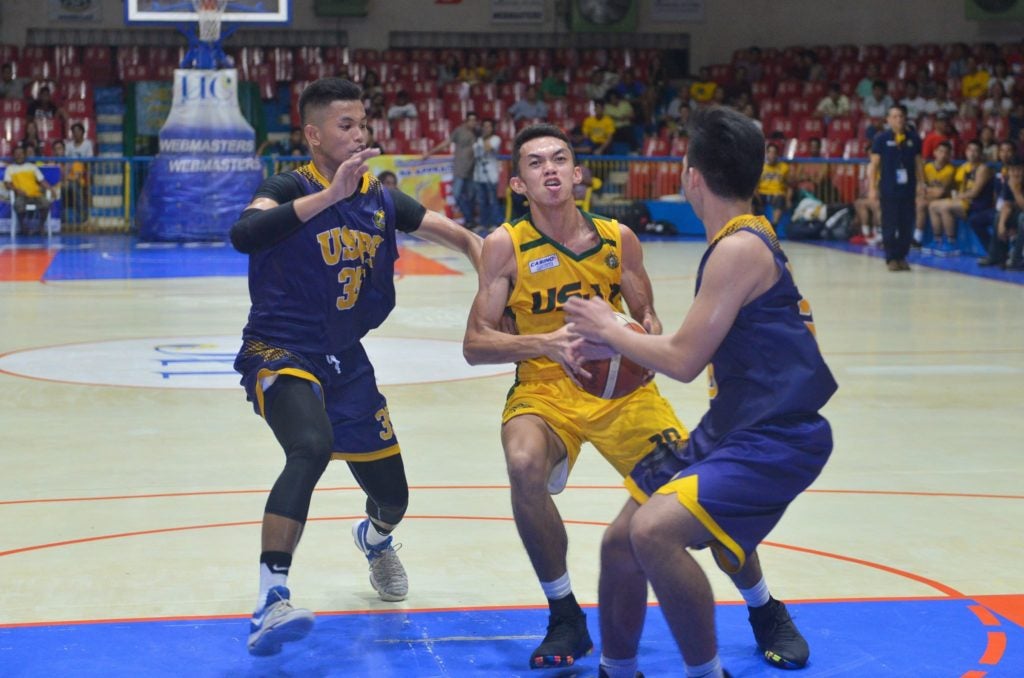 USPF’s Rojan Montemayor (3) will be heading to Manila as he was recruited by San Beda. | contributed photo

Montemayor, a 6-foot-2 wingman from the southern Cebu town of Alegria, left for Manila last weekend and is the latest athlete from USPF to transfer to the traditional hoops powerhouse joining the likes of JB Bahio, Ain Obenza and Winston Ynot.

In an interview, Montemayor said it has always been a dream of his to be recruited to play for a Manila school.

However, he never expected it to be one of the caliber of San Beda, arguably the most successful high school basketball program in the country.

“First of all, I just want to thank the Lord for giving me the ability to play basketball. Then, I also want to thank my coaches who have helped me reach where I am right now,” said Montemayor, who added, “I’m excited to be recruited to play for San Beda. It’s been a dream of mine to reach Manila because of basketball. But of course, there’s some pressure on my end knowing that the school I’m heading to is San Beda.”

There are two sides to every coin and Montemayor did not hesitate to show the other one and admitted the sadness he felt leaving his loved ones behind.

“Of course, I feel sad leaving my family and loved ones behind. But I’m grateful for their support and I will be using this to motivate myself since the level of competition is on a whole different level here. I have to prepare myself because I am starting from scratch,” shared Montemayor.

Montemayor said the decision to move to Manila was not an easy one to make especially after his breakout season last year which saw him lead the team to fourth place in the Cesafi juniors tournament. Apart from being named to the Cesafi Mythical Five, he was also one of the top 10 players in the National Basketball Training Center Cebu rankings.

“I had my doubts at first especially with all the adjustments that I have to make since the level of basketball here is very high. But I decided to make the leap. I’m just going to give it my all here and be ready to assume any role the coach will give me.” /bmjo