The mystical charm of Siquijor Island SIQUIJOR, Philippines –Times may have changed Siquijor but the country’s third-smallest island located in Central Visayas has not lost its mystical charm.

Siquijor then was a place shrouded with mystery, and had been the subject of several tales of witchcraft and local voodoo.

Now, Siquijor can be found in popular travel blogs, and has dozens of beach resorts offering online booking services.

True enough, data from Siquijor Provincial Tourism Office showed a sharp rise in the influx of local and foreign tourists in the island.

Despite the popularity of its pristine white beaches, secluded waterfalls, and sunset scenes – which many described could be at par with Boracay Island, some tourists would go deep in the island’s hinterland villages to learn about how it got its mystical charm. 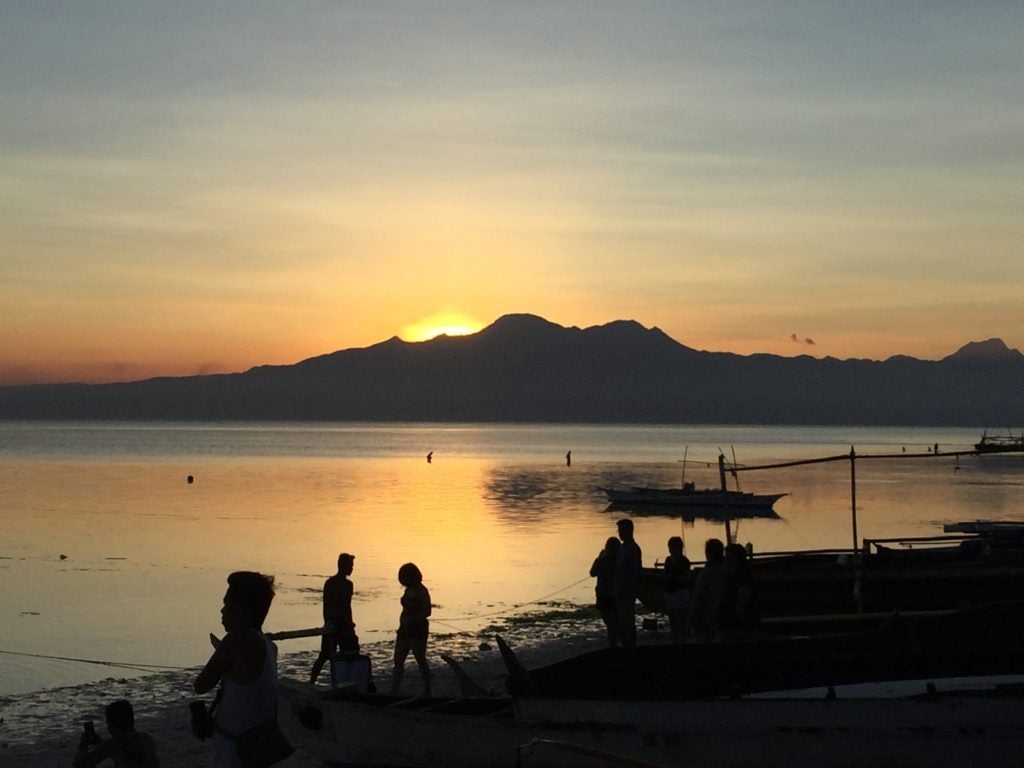 Barangays Cantabon and San Antonio in Siquijor town lie on the slopes of Mount Bandilaan, the highest peak in Siquijor Island. It’s here where the locals celebrate their annual Healing Festival every Good Friday.

These two mountain barangays are filled with stories of people from different parts of the world seeking to be healed,  of healers and the herbs they need, and the rituals healers  practice.

Cantabon and San Antonio are home to some of the island’s healers like Julieto Duhanglungsod.

Julieto always has a bolo and its sheath ready, tied around his waist.

His bolo is used to gather and chop the ingredients he needs to concoct an effective potion, which include those used to drive away bad omen, and to cure people are were cursed. On the morning of Good Friday, Julieto was chopping branches of trees, dead sea creatures, and several stalks of medicinal plants while taking a swig of tuba (or coconut wine in English) every now and then.

Julieto, who is 56 years old, has been a healer for over a decade. His father was a healer, too.

But as the only boy in the family, Julieto’s childhood and early adulthood was spent on learning how to heal, pangalap (the term used to describe harvesting ingredients for herbal concoctions), and the rituals of healers.

“I went as far as Manila to heal someone who was apparently cursed. This has been job, and will be my job,” he said in Cebuano.

Aside from being a healer, Julieto also joins other healers in the island to do pangalap, and teach the younger generation of healers their rituals and practices.

Among those who accompanied him harvest ingredients for herbal concoctions were his nephew, and two other male young adults. Like Julieto, the three apprentices had bolo sheaths around their waist.

Concocting herbal potions and ointments is not an easy task, Julieto said. It takes time, patience and caution.

Julieto said they can only gather ingredients and other herbs during their pangalap every Friday, and that everything must be ready by the 7th Friday, which is usually Good Friday.

“We have seven Fridays to do pangalap. And we only do it in the day time – right after sunrise and before the day turns into afternoon. Otherwise, the herbs will have no effect once cooked,” he added.

He also said they usually get the herbs and other ingredients from the forest, mountains, sea, graveyard, and even churches.

But at that time, Julieto had no plans on brewing potions yet. Julieto said mambabarang (the term local used to describe those who practice black magic and witchcraft) cook potions on Good Friday.

“Since we are cooking healing potions, they must be cooked on Black Saturday. We’re just preparing them,” said Julieto. Locals in Siquijor called these chopped branches of trees as ‘panipas’ to drive away bad omen | CDN Digital Photo by Morexette Marie B. Erram

When asked if he has plans to stop doing pangalap and healing, Julieto shook his head vigorously.

“As I said, this has been my job, and will be my job. If I quit, chances are that I’ll die early. People who are into this practice must commit to doing it for a lifetime,” Julieto added.

There are several groups of healers in Siquijor town doing pangalap, and cook potions.

The cooking process is an entirely different process. The healer who usually leads the pangalap also leads the chant needed to start the cooking.

On Black Saturday, a group of healers from Barangay San Antonio were gathered around a large, stainless pot being heated by fire from burning wood.

Sitting beside the pot were sacks containing the herbs from pangalap– chopped and turned into ashes, crushed candles, and oil. These are just some of the ingredients needed to brew a potion for repelling bad omen. A Place to Renew

Rosalinda Laod Miranda watched intently her fellow healers take turns on stirring the pot which was already filled with a foaming and bubbling mixture of all the ingredients.

Miranda, a native from Sorala in South Cotabato, visits Siquijor every year since 2002 to renew her healing powers. “Every Holy Week, I return to Siquijor to renew my healing powers. It’s important for healers like me not only to make sure our healing practices are effective but also to protect ourselves from any ill-will,” Miranda said in Cebuano.

The 60-year-old’s frequent visit to the island led her to meet and befriend other healers from other parts of the country. She also happens to do palm-reading, and sets up a stall during the Healing Festival. The provincial government of Siquijor has been promoting the locals’ healing practices to drive their tourism industry.

Aside from the spectacular sunset views by the beach, they attribute the growing number of tourists to the celebration of the Healing Festival, where healers gather to showcase their practices to tourists. Ralph Lubguban, supervising tourism operations officer of Siquijor province, said they are expecting the figures to grow in 2019.

Lubguban said most tourists who visit Siquijor come from China, France, and Germany.

“The Chinese have a piqued interest on the herbs found in Siquijor. Next are the Europeans – French and Germans, in particular. Europeans frequent our beaches,” he said.

Lubguban also said they observed more tourists attending the Healing Festival this year compared to 2018, which they described as “welcoming development” for Siquijor’s tourism industry.

“We’ve been focusing healing practices as the driver of our tourism industry. It’s also one way to dispel rumours and tales of witchcraft and voodoo, which Siquijor was notorious for in the previous years,” he said.

Although some locals say there might be a little of those witchcraft and voodoo left presently, Siquijor still remains to be one of the most interesting islands to visit in the country.

There are a lot of options to get to Siquijor from Cebu but the most convenient is to take a bus to Dumaguete City from  the Cebu South Bus Terminal.

From Dumaguete, one can take a boat ride to Siquijor. There are daily trips from the Dumaguete port to  Siquijor town, Siquijor via fastcraft or roll-on-roll-off (roro) ships. /bmjo

Read Next
Archdiocese of Caceres to host NYD 2021