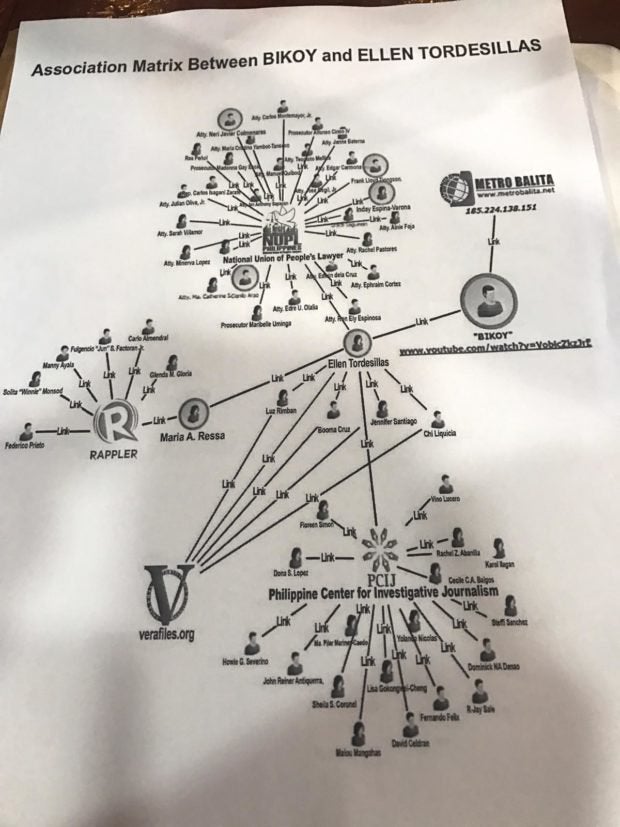 MANILA, Philippines—Felipe Salvosa II, the managing editor of the Manila Times, has resigned after the newspaper published a matrix accompanying a story about an alleged plot to oust President Rodrigo Duterte.

The article, written by its chair emeritus Dante Ang, and the matrix have been linking some media groups such as Rappler, the Philippine Center for Investigative Journalism (PCIJ) and Vera Files, in the alleged ouster plot. Malacañang confirmed the existence of the matrix.

Salvosa, who resigned Wednesday, denounced on Twitter the release of the matrix implicating several media personalities.

“A diagram is by no means an evidence of “destabilization” or an “ouster plot,” he said.  “It is a very huge stretch for anyone to accuse PCIJ, Vera Files and Rappler of actively plotting to unseat the President. I know people there and they are not coup plotters.”

After the matrix was published in the paper,  Salvosa told INQUIRER.net on Thursday that he felt that the only option was to leave the publication.

“We just discussed the matrix story after it was published and I was told they were disappointed with my post on social media,” Salvosa said.

He clarified though that he felt no tension at all with Ang and son Klink, president and chief executive officer of Manila Times.

When asked what he plans to do next, he said he still wishes to continue teaching at the University of Santo Tomas, where he is also the coordinator of the journalism program. /jpv