Power stakeholders: Cebu has enough power supply in May 13 polls 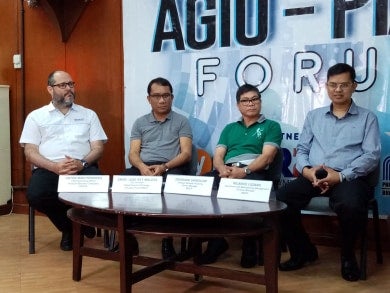 CEBU CITY, Philippines—Cebu would have an adequate power supply during the May 13, 2019 elections, power industry stakeholders said.

Jose Rey Maleza, OIC-director of the Department of Energy (DOE) Visayas Field Office explained that all government agencies concerned have committed to ensure there would be enough power one week before and one week after the elections.

“In spite of the current El Niño experienced in the country, the task force assures the adequate supply of power days before, during and after the election day,” Maleza said during a special AGIO forum held earlier today, April 25.

The Energy Task Force Election (ETFE) has been convened in preparation for the elections, he added.

Maleza explained that the ETFE composed of the whole energy family including all the power utilities, DOE, National Grid Corporation of the Philippines, independent market operators of the Philippines, National Electrification Administration, National Power Corp., and Power Sector Assets and Liabilities Management Corp., among others, would coordinate with the Commission on Elections and other election related agencies during the two-week period.

Diosdado Sandulan, NGCP Visayas network planning senior manager, explained that they would not allow any plant shutdown during the midterm elections.

“If there are untoward or forced outages of major plants, we can safely say that we will have sufficient power supply during the elections,” Sandulan said.

“And if one major plant will go on forced shutdown, the remaining reserve/capacity is still sufficient to supply the power requirement of the grid,” he added.

Anton Mari Perdices, chief operating officer of Visayan Electric Company (Veco), also noted that there would be no issues in the Visayas grid because it has ample supply of power.  Veco currently sources its power from the Visayas, specifically from Negros, Cebu and Leyte.

According to Perdices, Veco has been implementing measures such as replacing bare wires with tree wires, to ensure there would be no outages.

“On election day, we are situating our emergency crews throughout our franchise areas, closer to the schools. So that, if there’s a problem, then we can immediately resolve it,” he added.

Ricardo Lozano, NGCP division manager for operations and maintenance management, also disclosed that they would be deploying personnel in strategic locations for quick response.

The Visayas grid has an estimated supply of 2,300 megawatts to 2,400 megawatts while, at peak, the demand would reach around 2,100 megawatts, according to Sandulan./dcb