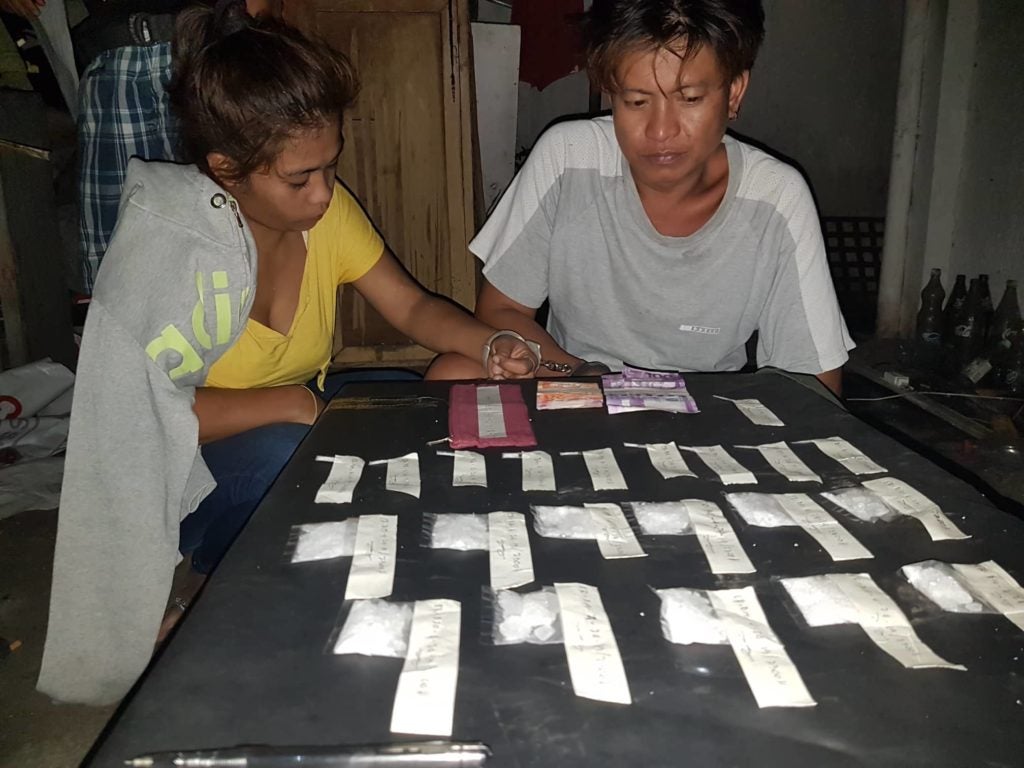 Five days after a million peso worth of suspected shabu was confiscated in Banawa, this time police got a shabu haul of P385,000 still in the same area.

This developed after Guadalupe police arrested common law couple Michael Gabutan and Nora Tanoy during a buy-bust operation in Sitio Kabulakan, Banawa, Barangay Guadalupe at past 11 p.m. on Wednesday, April 24.

Police Captain Dexter Basirgo, Guadalupe Police Precinct chief, said in an interview on Wednesday, April 24, that they confiscated 57 grams of suspected shabu from the suspects.

Basirgo said that the confiscated drugs had an estimated Dangerous Drugs Board value of P387,000.

He said that they conducted the operation against the couple after they received reports of their illegal activities through social media or through the “Itug-an ni CD.”

Aside from that, he said that the illegal activities of the couple had already reached the barangay officials’ attention.

The couple were detained at the Cebu City Police Office detention cell in Gorordo Avenue pending the filing of charges. /dbs