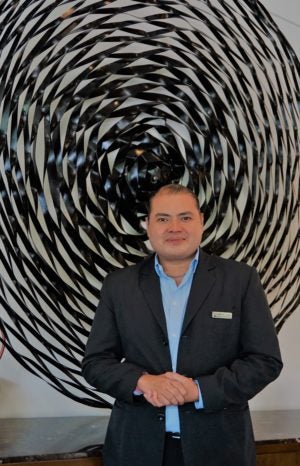 The hospitality industry is an intense and competitive playing field.  It focuses on delighting customers and satisfying their recreational needs rather than just meeting the basics.  Expectations are naturally higher.  A hotel also needs to attract repeat visitors in order to thrive. To do this, rooms and other hotel areas should not only be clean, but must be alluring as well.

The Housekeeping department takes pride in keeping the hotel impeccably clean and comfortable, so as to create a ‘Home away from home’.  Seda aims to provide a clean, comfortable and welcoming surrounding similar to that of a Filipino home.

Seno, who has been in the hotel industry for more than two decades sees discipline, honesty, and integrity as the key characteristics in becoming a successful housekeeper.

Last January 2018, Cebu bid farewell to Cebu City Marriott Hotel that has been in operation for 20 years before Ayala Land and Hotels and Resorts Corp. (AHRC) decided to carry out the first Seda brand in the region.

AHRC, a subsidiary of Ayala Land, Inc. (ALI), announced that its contract with Marriott International Hotels to manage Cebu City Marriott Hotel will end on Dec. 31, 2017, after a fruitful two-decade partnership.

After the closure, Seno was among the few who were left to set out final inventory reports to Marriott International and was then later re-hired by the owning company when operations for the new property began in mid-2018.

“This has been my passion for over two decades now. As the Executive Housekeeper, I took care of servicing the property and in coordinating with different departments to inspect assigned areas. I also ensure that utmost standards are met,” he said.

Seno also manages priorities and demands from the hotel, prepares and plans work schedules, and deals with customer complaints as well to ensure guest satisfaction is achieved and recovery is accomplished when needed.

“When a guest is upset over something in the hotel, it is best to listen to their complaints first and hearing them out. After listening and understanding the situation, you apologize and empathize with the guest and recover accordingly.” he advised.

“We must not forget to thank them too. Their complaints also serve as feedbacks in order for us to better improve our services,” said Seno.

Success takes effort and determination. One has to work for it, and one must be willing to be trained in order to flourish. And it is Seno’s job to train employees and equip them with the knowledge needed to perform duties as per hotel standards.

When a training is done, Seno encourages his staff to provide feedback and receive criticism in order for them to grow and develop professionally.

“I see my team as my family. I also believe that developing yourself first helps in developing others,” he said.

Seno said that someone who would be honest and trustworthy, who would have the integrity and the eagerness to learn while making the guests happy would be among the core characteristics of a good housekeeper.

“Aside from that, a housekeeper must have the passion to take care of the department,” he said.

Like Seno, becoming an executive housekeeper is no easy feat. You stumble and fall numerous times. However, these encounters mold us to become more resilient and firm. According to him, making mistakes help us learn the lesson beyond the books.

“Making mistakes at work can be terrifying, however, always be a sponge in order for you to succeed” he said.  “Absorb the lessons learned from every available opportunity”, he adds.

Achieving goals might not be easy, but when a door opens, Seno said never let an opportunity pass.

“Grab what comes your way, but never forget where you came from and always be a team player,” he said noting that his achievement and success would not have been materialized if he was not playing for the whole team.

While passion brings you to places, a leader, who is firm, kind and a team player, makes achieving goals easier and a whole lot sweeter.

And that’s what separates Seno from the rest, an executive housekeeper with a genuine passion to serve and a heart that truly cares for his team.