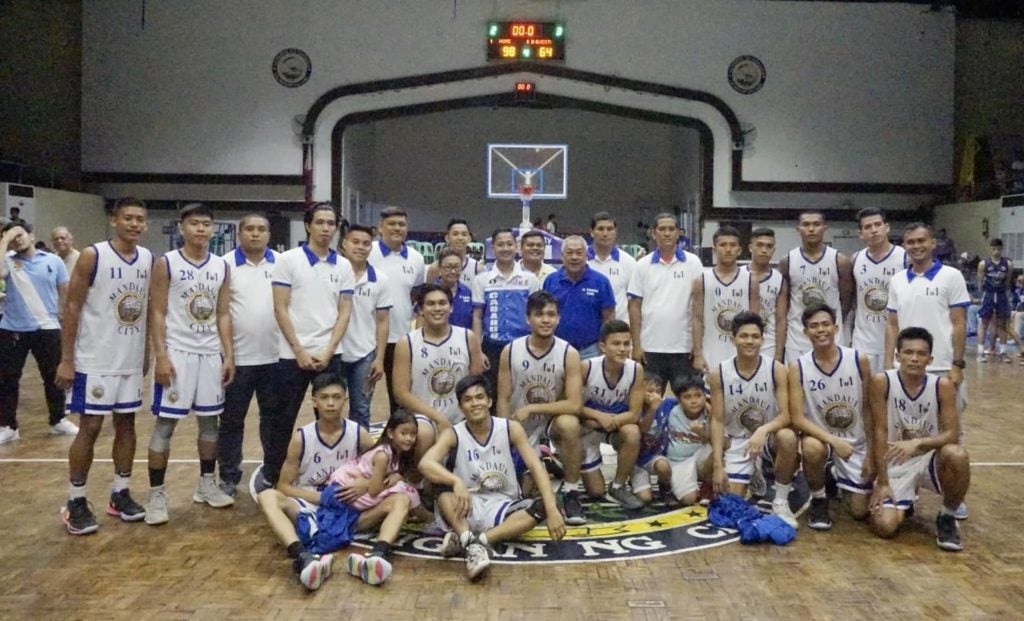 The Mandaue Ballers with Cebu Governor Hilario Davide III after winning their semifinal game against Minglanilla on Wednesday night. The Ballers will be missing the services of Kenneth Brillo (#7, standing third from right) in Game 1 of the finals due to a one-game suspension slapped on him. CDN Digital photo | Tonee Despojo

With the Ballers set to take on the defending champions Talisay City, Brillo’s absence will surely be felt, especially with the Aquastars trotting out a cadre of skilled big men led by Cesafi Mythical Five forward Kendrick Abarquez and Raffy Bacasmas.

However, the man who has steered the University of the Visayas (UV)  to three Cesafi titles remained optimistic that this development would serve Brillo well in the future.

“This is a developmental tournament and his ejection will give him a lesson to keep his head cooler next time around,” added Cortes.

Brillo was automatically given a one-game suspension after he was ejected with three minutes to go in Mandaue City’s 98-64 win over Minglanilla in the semifinals on Wednesday.

Game 1 of the best-of-three championship round is on Friday, May 3, 2019, at the Talisay City Sports Complex. /bmjo