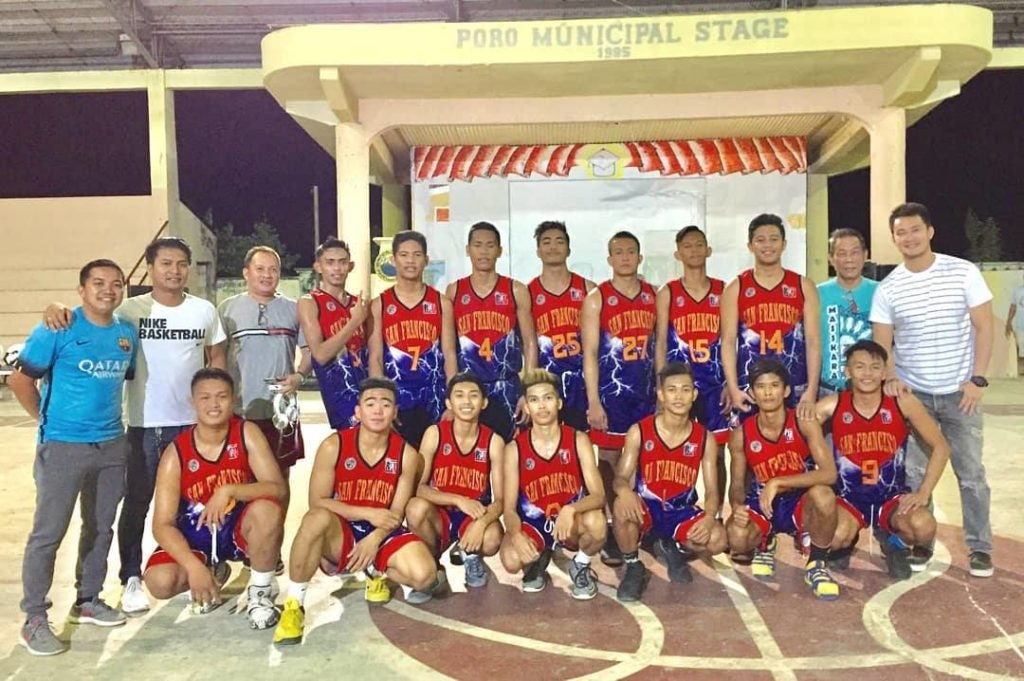 Cebu City, Philippines—San Francisco is one step closer towards earning a berth in the semifinals after they tripped the hometown favorites, Poro, 55-39, in the 9th Congressman Red Durano Cup basketball tournament on Wednesday, May 1, 2019, at the Poro gym.

The win gave the team of head coach Christian Liaz a 7-2 (win-loss) record with one more game left on their slate. San Francisco will be taking on Pilar on Thursday afternoon, May 2, 2019.

San Francisco mustered up a 14-4 blast in the fourth to pull away from Poro after it led by just six, 41-35, heading to the fourth canto. Clark Tampus led the way for San Francisco with 14 points while Edelito Peroso added 10.

Already assured of slots in the Final Four are Carmen, Compostela and Danao. Liloan is on the outside looking in with a 7-3 card.

Should San Francisco lose against Pilar, it would end up tied with Liloan, which means the latter would advance via the winner-over-the-other rule. Liloan edged San Francisco in their earlier match-up, 65-64. /bmjo