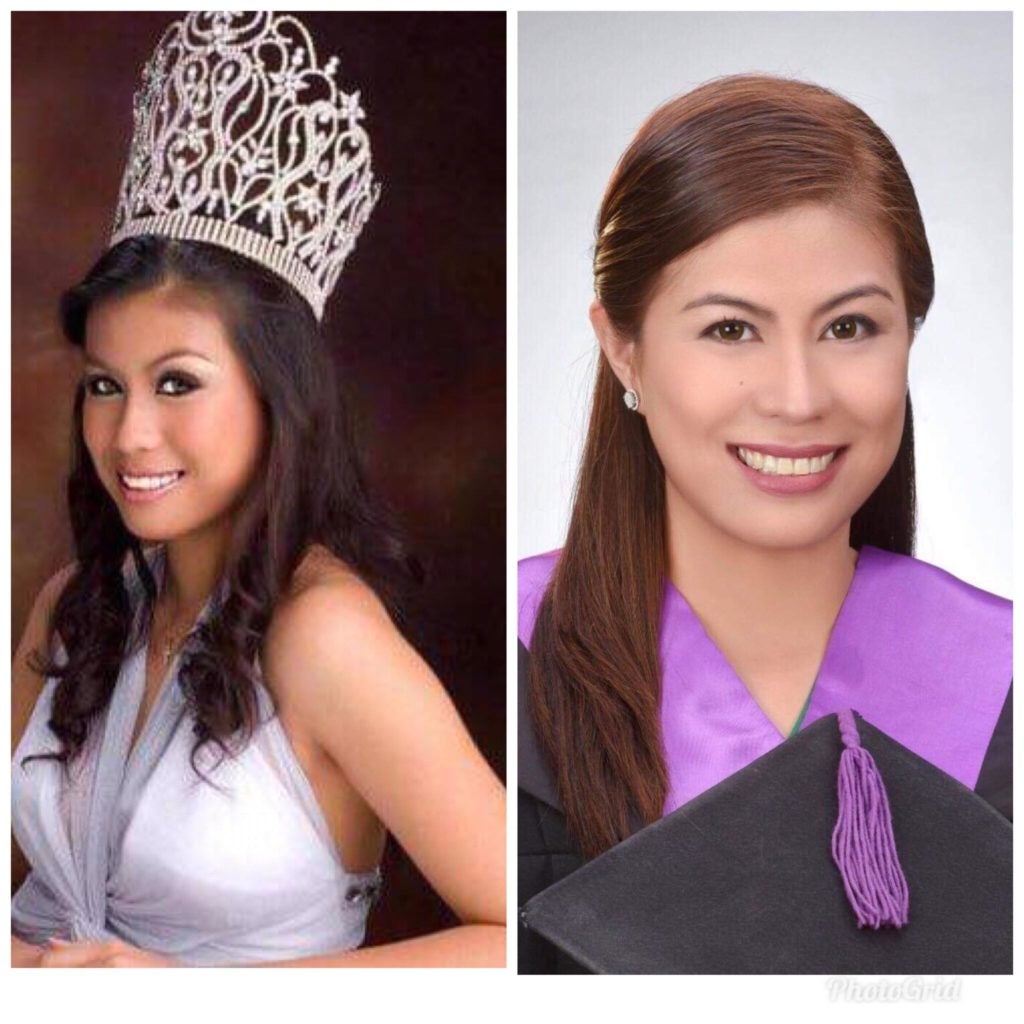 “I am fascinated about law and I wanted to be the voice for the voiceless,” she told Cebu Daily News Digital.

Last May 3, 2019, Karla’s name came out as among the 1,800 examinees who passed the recent Bar Examination.

The 1,800 examinees are equivalent to 22.07 percent of the 8,158 examinees who took the examination which was done in four Sundays in November 2018.

According to the  34-year-old beauty-queen-turned-lawyer, she already saw signs that she would pass the Bar Examination.

She shared that prior to the release of the results,  she saw Mama Mary in her dreams last April 28, Sunday.

The second sign came a day before the results were released, when her her 7-year-old daughter handed her a plastic rose. Siao believed that the rose was a symbol of intercession from Saint Padre Pio and Saint Therese of the Child Jesus.

“That (rose) was an assurance na dili ko mag doubt (the results of the examination),” she added.

(That rose was an assurance for me not to doubt the results of the examinations.)

Siao learned that she became a lawyer while she accompanied her 7 seven-year-old daughter for an ear check-up in a clinic.

She received a photo from her friend which was sent via Messenger. She had no idea that it was a screenshot of the results.

“Dili pa mo load ang photo (The photo did not load). After my friend congratulated me, I assumed that I passed the examination,” she said.

It did not sink in first that she passed the Bar Examination since she had to focus on her daughter at the clinic.

Everything sinked in when she went back home after her daughter’s check-up.

The journey to her dream

It took Siao seven years to finish Mass Communication at the University of the Philippines (UP) Cebu since she had to stop going to school twice.

First, when she lost her mother in 2002 and second when she fulfilled her dream to become a beauty queen and was crowned Miss Cebu in 2003.

Siao had to join Miss Cebu 2003 since she also wanted to fulfill her mother’s dream to become a beauty queen.

She then joined Binibining Pilipinas 2004 and became the country’s official representative in Miss World 2004 in Sanya, China.

Before competing for Miss World 2004, she underwent surgery because of an ovarian cyst.

Siao brought pride to the country after finishing Top 5 and earned the title Miss World 2004 Queen of Asia and Oceana.

After that, she continued to pursue her dream to become a lawyer.

“The dream was still there to become a lawyer,” Siao said after the height of her pageant career.

She earned her degree in Mass Communication in 2008 and later on worked as a flight attendant in an international airline.

It was part of the plan to work since she had to help her family and at the same time a chance for her to save up for Law School.

In 2011 or three years after working as a flight attendant, she went back to Cebu and married Merrick Siao.

The couple is blessed with two daughters, aged 7 and 3 years old. Currently, she is six months pregnant to a baby boy.

After marriage, she helped her husband, Merrick, run a spa business in Cebu.

In 2013, she continued her childhood dream and enrolled for Law School at the University of San Carlos (USC) and graduated in 2018.

Law school was not an easy journey for her.

She had to undergo a major operation on her first year because of adhesion of intestine. In 2014, her father passed away.

The law school also had to wait on her third year when she got pregnant and underwent another surgery for adhesion during the cesarean delivery of her second child.

Siao started reviewing for the Bar around August 2018. She had to balance her time between reviewing in Manila and coming back to Cebu to attend to her daughters.

After passing the Bar Examination, Siao wants to practice being a lawyer.

“I want to find an opportunity where I can expand public service,” she said.

Siao was not the only beauty queen who passed the recent Bar Examination.

Patricia Magtanong, one of the Binibining Pilipinas 2019 candidates, also made it as part of the 22.07 percent passing population.

Siao said that there is now a paradigm shift to beauty queens.

“Not just their physical looks but people are now looking to beauty queens as women with substance,” she said.

Siao advised the beauty queens to pursue their advocacy.

“It has become a challenge. Beauty queens should not just have pretty faces but also serve their purpose,” she said. /bmjo

Unlearn some habits to move forward