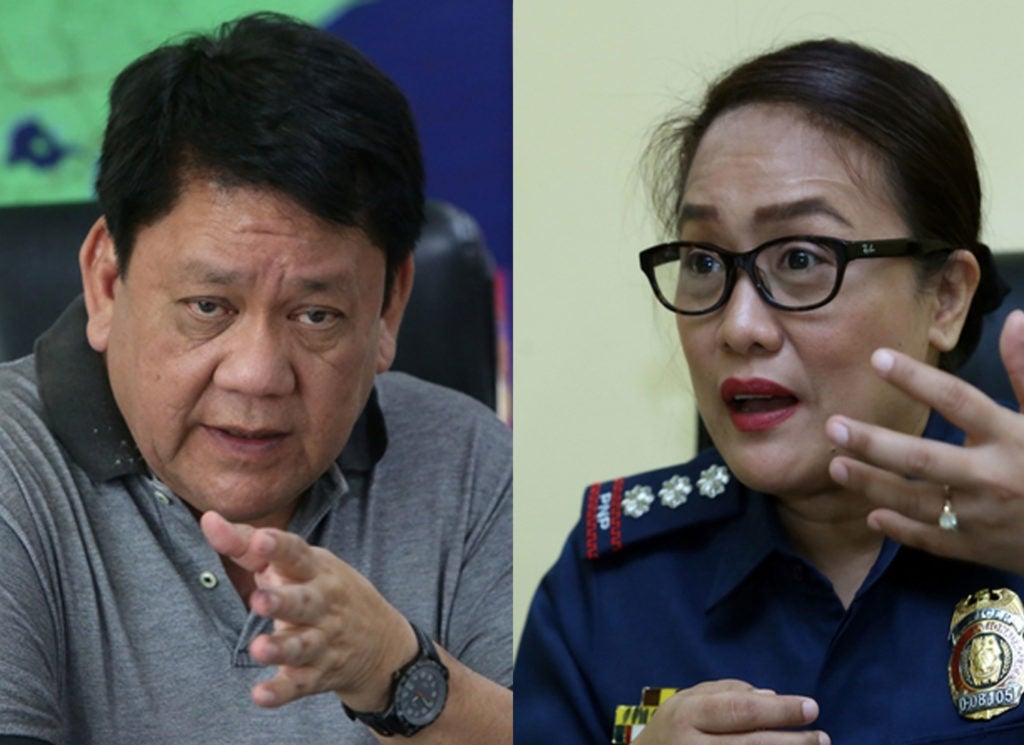 CEBU CITY, Philippines – Cebu City Mayor Tomas Osmena has filed criminal and administrative complaints this afternoon, May 7, against Police Colonel Royina Garma, director of the Cebu City Police Office, before the Office of the Deputy Ombudsman for the MOLEO.

Osmeña has accused Garma of violation of the Anti-Graft and Corrupt Practices Act and the Revised Penal Code of the Philippines and grave misconduct, gross neglect of duty and oppression.

The mayor’s eight-page complaint was received at 3:50 p.m. today at the Quezon City office of Hon. Cyril E. Ramos, the Deputy Ombudsman for the MOLEO that has jurisdiction over the Armed Forces of the Philippines, Philippine National Police and the Bureau of Fire Protection, among others.

Garma said that CCPO’s legal team will answer any complaints filed against her.

“Anything that involves legalities and evidences of operations, I leave it to the investigating body. As for complaints, our legal team will act on it,” she said.

Garma said that nobody can stop Osmeña from taking legal actions against her because he is mayor of the City.

But she no longer intends to respond to his social media tirades. Instead, she will answer the mayor’s complaints against her before the proper forum, she said.

“I feel sad for the Cebuanos who fall for his (Osmeña’s) agenda,” said Garma.

In his affidavit, Osmeña mentioned of at least 12 incidents which included the still unresolved deaths of several individuals in the city and the conduct of police operations which he referred to as “irregular” and as grounds for filing his complaint against Garma.

This included the ambush attempt on Tejero Barangay Councilor Jessielou Cadungog and the murder of one of the councilman’s attackers who was later identified as Police Corporal Eugene Calumba and the serving of a search warrant against Lusaran barangay tanod Renato Goc-ong which resulted to the latter’s death and that of fellow barangay tanod Reynaldo Laguna and Goc-ong’s wife, Emma.

Osmeña also mentioned of Garma’s refusal to heed a Memorandum Order which he issued on March 7, 2019 which directed the police director to furnish the office of the mayor with a list of policemen who were involved in the 12 police operations which he questioned and a service warrant report, among others.

“Respondent’s refusal to provide the allowable reports or other information relating thereto can be taken as an admission of the improper implementation or enforcement of the mentioned police operations leading to the reported deaths, otherwise, Respondent would have provided the same,” the mayor said in his affidavit.

On April 16, 2019, Osmeña said he issued another Memorandum Order to again ask Garma to already submit the reports that he has been asking for especially after his office received several reports “regarding incidents involving (he presence of) unidentified police personnel in Cebu City’s mountain barangays.”

It was Police Lieutenant Colonel Lorenzo Batuan, the CCPO officer-in-charge, who sent a letter-reply to inform the mayor that they could heed his demands since it was already election season and that they were already placed under the supervision and the control of the Commission on Elections (Comelec).

“Therefore, ordering this office to comply with your demand coupled with threat to be dealt with administrative and criminal actions is usurping of the Comelec functions to supervise and control the local police forces during such period,” said Batuan’s reply-letter.

Osmeña insisted that while Comelec has supervision and control of the PNP during the election period, “such circumstance does not absolutely divest herein Complainant the power and authority to issue orders requiring the submission of reports especially if it involves the maintenance of peace and order of Cebu City pursuant to the general welfare clause.”

“The prolonged and repeated refusal to comply with the Memorandum Orders as well as the failure to fully explain the circumstances that led to the refusal amounts to corrupt and willful disrespect of Complainant’s authority and lawful orders vested upon him by Law.”