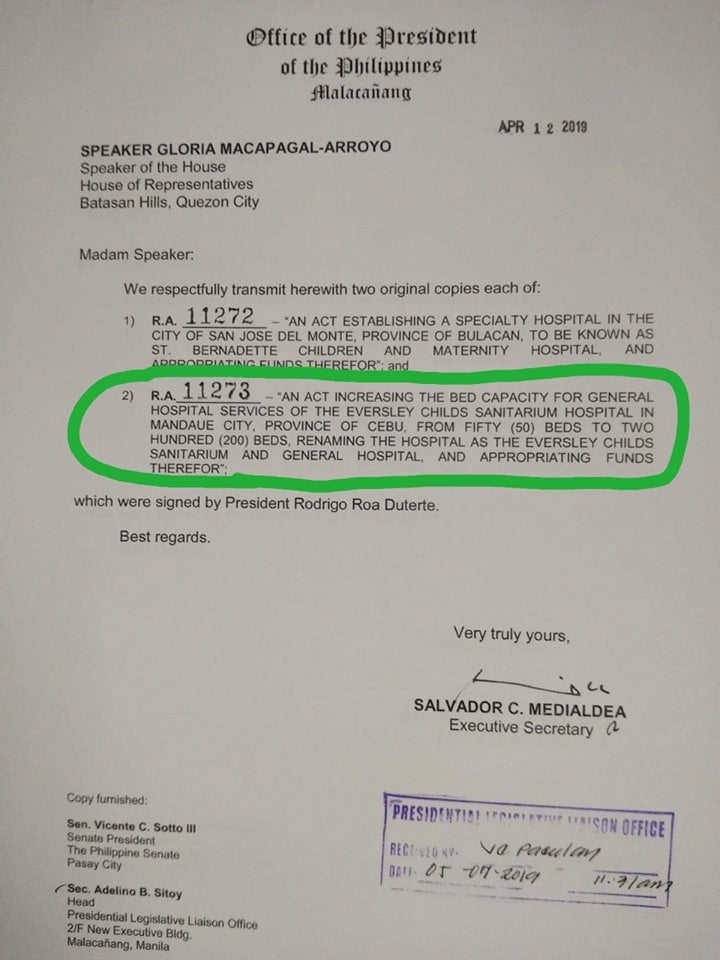 A copy of the transmittal letter by Executive Secretary Salvador Medialdea to House Speaker Gloria Macapagal-Arroyo. /Photo from the Facebook page of Rep. Jonas Cortes

CEBU CITY, Philippines – President Rodrigo Duterte has signed into law a bill for the creation of the Eversley Child Sanitarium Hospital in Barangay Jagobiao, Mandaue City into a general hospital.

Rep. Jonas Cortes of the 6th district of Cebu said he is glad with the progress of the legislation which he authored.

(I feel honored that something that I worked hard for in Congress was already signed into law.)

The hospital will also be renamed to Eversley Child Sanitarium and General Hospital while funds will be allocated for its operation.

(The hospital will now be able to deliver more services, operate using a bigger allocation, and will have more doctors and nurses who will attend to the needs of the public especially the Mandauehanons.)