Petalcorin on Tom’s Comelec control request: Time is our enemy 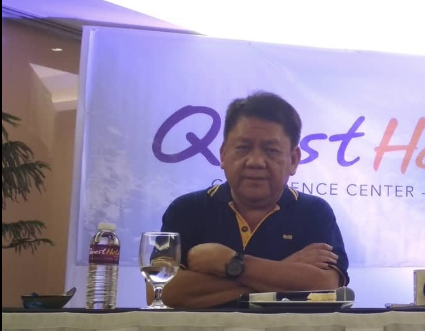 CEBU CITY, Philippines — Putting Cebu City under the control of the Comelec will not be an easy task.

Lawyer Veronico Petalcorin, acting Commission on Election officer in Central Visayas, said this in a press briefing on Thursday, May 9, after Cebu City Mayor Tomas Osmeña submitted on Wednesday, May 8, his request to the Comelec to place the city under its control.

Petalcorin said it would not be that easy to do because the election was drawing near.

“Ang kontra nato ang panahon. (Time is our enemy.) We cannot underestimate the wisdom of the national office.”  Petalcorin said.

Petalcorin said that it would be the main office of the Commission of Elections (Comelec) that would decide to allow putting an area under its control.

He said that they were also waiting for local Comelec officials, which included the City election officer, the provincial and regional Joint Security Consultancy Center (JSCC), to recommend to place Cebu City under Comelec control.

Petalcorin said that if Comelec Control  would be implemented they would have full control of the resources, facilities and employees of the different local government units with regard to their work in the election.

In a separate press conference, Osmeña said that he was still hoping that the Comelec Control would be implemented before the May 13 elections.

“There’s a chance. But remember our opponents have very close connections,” said Osmeña.

Osmeña requested for the implementation of Comelec control because of the alleged incidents allegedly involving the Cebu City Police.

He cited the different strafing incidents against mountain barangay officials allied with him./dbs

Read Next
Labella assures IBP: I will show up on May 10 debate with Osmeña