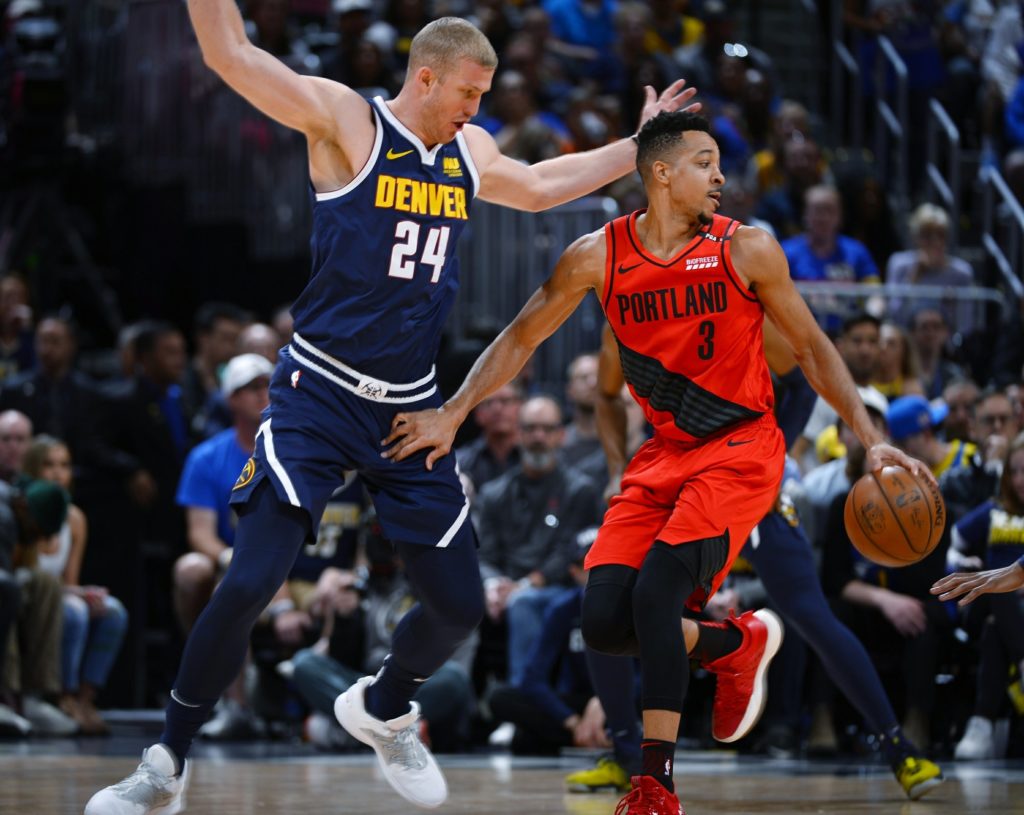 DENVER — CJ McCollum scored 37 points and the Portland Trail Blazers overcame a 17-point first-half deficit to beat the Denver Nuggets 100-96 on Sunday (Monday morning, Philippine time) to advance to the Western Conference Finals for the first time since 2000.

Turner corralled the rebound when Nikola Jokic’s desperation 3-pointer hit the rim and dribbled out the clock, sending the stunned crowd streaming to the exits at the Pepsi Center, where the Nuggets owned the best record in the league during the regular season but where they lost twice to Portland in the series.

McCollum’s big game was necessary because Damian Lillard made just 3 of 17 shots for 13 points, although two of them were crucial 3-pointers in the fourth quarter.

The Nuggets raced to a 17-point lead in the first half and took a 48-39 halftime lead after throttling Lillard, who made just one of nine shots and missed all four of his 3-pointers after going off for 32 points in Portland’s Game 6 victory.

Rodney Hood, whom Nuggets coach Michael Malone said he was most worried about heading into Game 7, injured his left knee in the third quarter and left the game. Hood was cleanly screened by Torrey Craig when none of his teammates warned him and crumpled at midcourt while Craig broke free for the basket that gave Denver a 60-55 lead.

Before the game, Malone said that while Lillard is the superstar and McCollum an emerging All-Star, Hood concerned him the most after scoring 7 points in the fourth overtime of Game 3 and 25 off the bench in Game 5, both Portland victories. /bmjo

Read Next
PHOTO GALLERY: Deployment of personnel and distribution of election paraparaphernalia in San Fernando