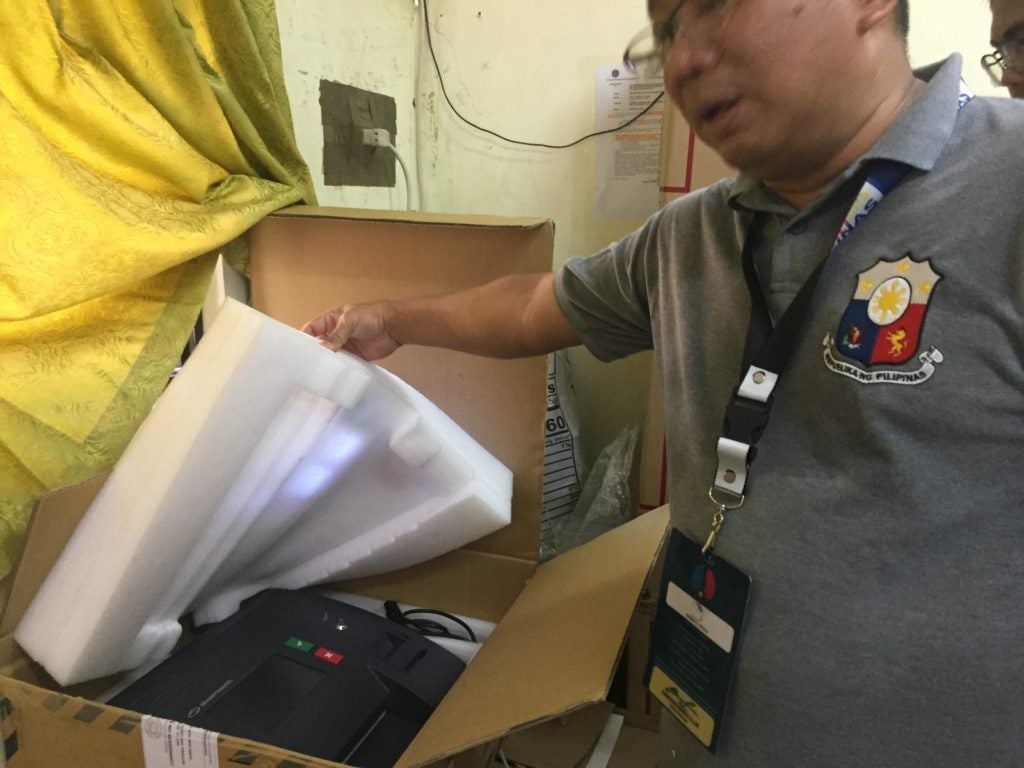 A Commission on Election expert replaces a broken voting machine with a new one in one of the precincts of San Fernando town in southern Cebu. In Cebu City, there were also complaints of broken voting machines and an election officer saying that the voter’s registration verification machine implementation was a failure. | Rosalie O. Abatayo

This was the statement of Lawyer Marchel Sarno, Commission on Elections (Comelec) Cebu City South District election officer, on the complaints of voters that many of the Voting Machines did not work in the precincts.

Sarno said there were many machines that broke down during the elections but not all of them could be replaced by the contingency machines.

“Even if it is broken, it should not distrupt the elections. We cannot avoid the delay but the elections must go on,” said Sarno in a phone interview with CDN Digital on May 13.

He said the option would stand because it is the right of the voter to ensure that his ballot was received and his votes were correctly recorded.

He said that only 10 percent of the VRVM in Cebu City North District worked while 90 percent failed, prompting the electoral boards of each precinct to go back to manual verification.

Boholst said the machines would need more study in order to work.

Meanwhile, voters are allowed to vote in their respective precincts until 6 p.m.

According to Comelec regulations, a person may vote after six p.m. if he or she is within close proximity to the precinct.

This applies to precincts whose voters have been waiting in line to vote before 6 p.m. but remained stuck in the line after the deadline.

Boholst said that anyone who would wish to vote might still catch up as long as there would still be a line in the precinct.

The people in the line must be listed by the electoral board in order to be allowed to vote.

If they are unlisted, the can no longer vote. /dbs