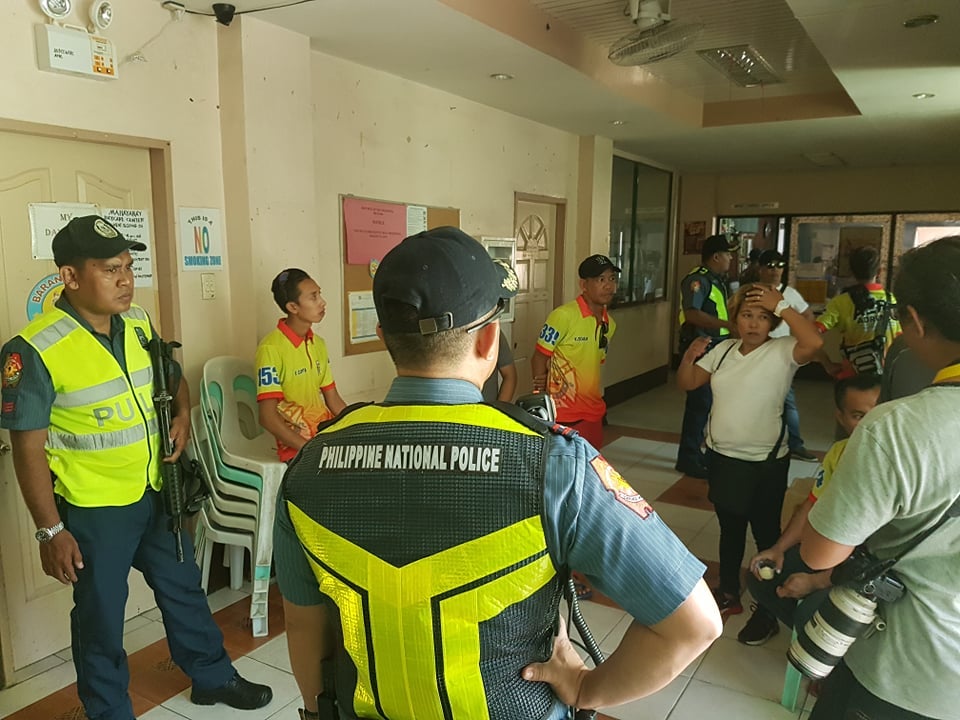 CEBU CITY, Philippines – At least two employees of the Apas barangay hall were hurt after 12 armed men “ransacked” the barangay hall at around 3 p.m. today.

The injured employees were members of the Apas Emergency Respond Team (AERT). They sustained injuries on their head, forehead and arms.

(Everything happened so fast. We were not even sure who they were looking for.)

He refused to speculate as to the reason of the attack.

“We will just investigate first para mahibaw-an nato,” he said.

Sinas said that he is just happy that no one was hurt or killed during the incident.

Earlier in the day, the motorcycle of a former barangay tanod from the mountain barangay of Paril in Cebu City was also burned while parked outside of his residence in Sitio Kantisang.

Villa said that armed men, who worecivilian clothes and face masks, disembarked from a white van in front of their barangay hall at around 3 p.m. today.  He said that suspects “ransacked” offices that are located at the ground and second floor of their three-story barangay hall.

Scared of the attack, he and other employees, who were than at the third floor of the building then, started to hide underneath office tables. Some of them even started to cry out of fear for their safety.

They were having their 3 p.m. snack break then, said Villa.

He said that the suspects took eight brand new cellular phones from their command center including the one owned by the head of the barangay fire brigade and destroyed the barangay’s CCTV cameras.

One of the suspects went up to the third floor of the building to ran after a female employee who tried to run into the area to hide.

“Dapa! Dapa! Villa heard the suspect shout at them.

He also head the suspect tell his colleagues “wala dito ang target,” before he went back down.

Villa said that everything happened so fast that barangay employees were unable to react. The men who carried long and short arms left after 15 to 20 minutes.

He said the suspects boarded a white van that was without a plate number and fled towards the direction of Gaisano Country Mall located along Governor Cuenco Avenue. /dcb