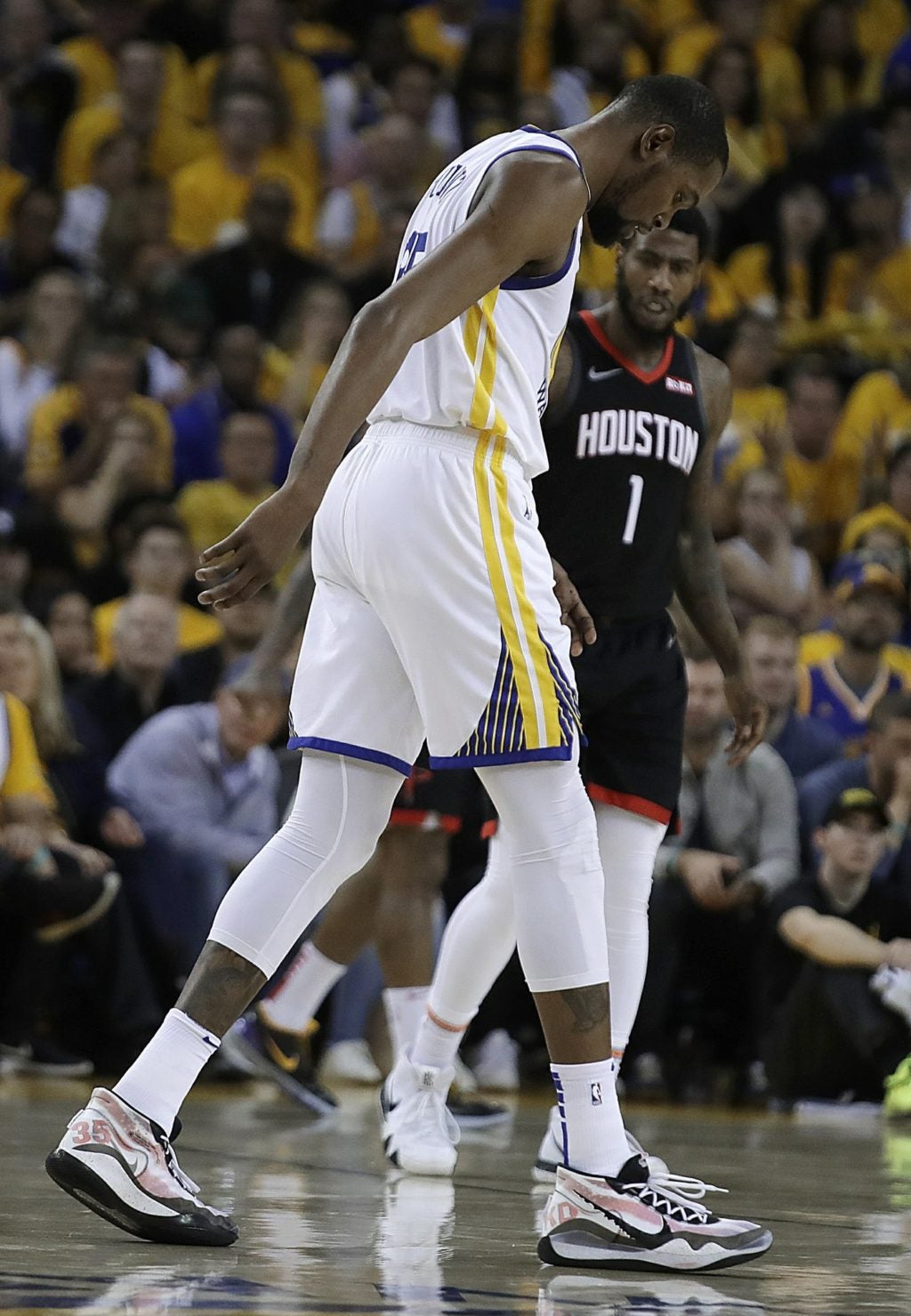 Golden State Warriors’ Kevin Durant limps off the court during the second half of Game 5 of the team’s second-round NBA basketball playoff series against the Houston Rockets. | AP photo

OAKLAND, California — Kevin Durant and DeMarcus Cousins won’t necessarily return from injuries in time to play for the Golden State Warriors during the Western Conference Finals against the Portland Trail Blazers.

Coach Steve Kerr said after practice Monday a more extensive update on Durant’s status would come Thursday once his calf injury is re-evaluated.

Reserve Portland guard Rodney Hood was listed as questionable for Game 1. The team said Monday an MRI exam showed a bone bruise from the third quarter of a 100-96 Game 7 win Sunday at Denver to clinch the West semifinals. Hood, who had to be helped off the court, has contributed key minutes off the bench to help Portland reach its first conference final since 2000. 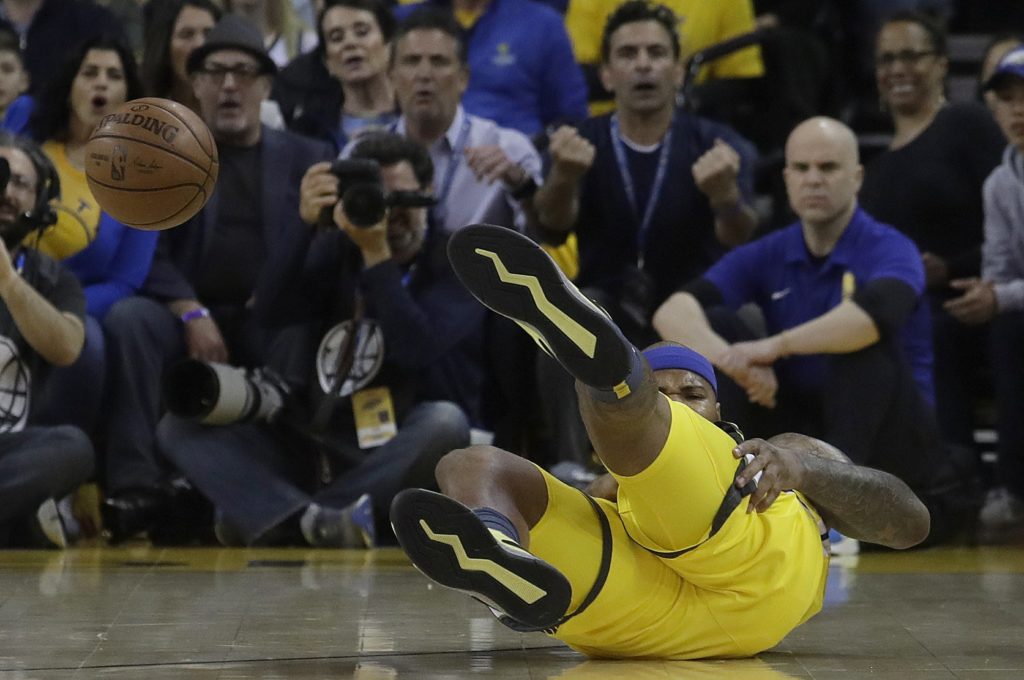 Warriors center DeMarcus Cousins holds on to his thigh as he falls during Game 2 of their Western Conference series against the Clippers. | AP photo

Durant, the two-time reigning NBA Finals MVP leading all postseason scorers, strained his right calf during the third quarter of Game 5 against the Rockets last Wednesday and didn’t travel to Houston for the Warriors’ Game 6 clincher.

“Everyone needs to slow down a little bit on the Kevin stuff. He hasn’t even stepped on the floor yet,” Kerr said. “We’ve tried to remain somewhat vague because the injury is really sort of open-ended in terms of how long he’s going to need to recover. But I think in doing so people have gotten the idea that he’s going to come back and be Willis Reed or something. He hasn’t even stepped on the floor yet, he still has pain. There’s time ahead of him on the rehab process.”

Cousins tore his left quadriceps muscle in Game 2 of the first round against the Clippers, just his second career playoff game. He has been running and doing agility work on the court as part of his rehab and shooting in the past week but hasn’t done any scrimmaging.

“He hasn’t had any live stuff on the court yet so he’s not that close either,” Kerr said. “Hopefully another week goes by and things start to get better and now we have a better prognosis. At this point we’re getting ready for this series without both of them.”

Portland was hurt going into the playoffs by the loss of center Jusuf Nurkic to a broken leg during a game against Brooklyn on March 25. The Blazers have turned instead to Enes Kanter, waived by the Knicks shortly after the trade deadline.

Kanter has played with a separated left shoulder since the opening round against the Thunder, but performed admirably against the physical challenge of Denver’s Nikola Jokic during the semifinals.

Warriors two-time MVP Stephen Curry is still nursing a dislocated middle finger on his left, non-shooting hand, but it has been sore. The finger remained taped for practice Monday.

Read Next
Tomas: Don’t feel sorry for me