LIFE AFTER POLITICS: Magpale to continue serving children through foundations 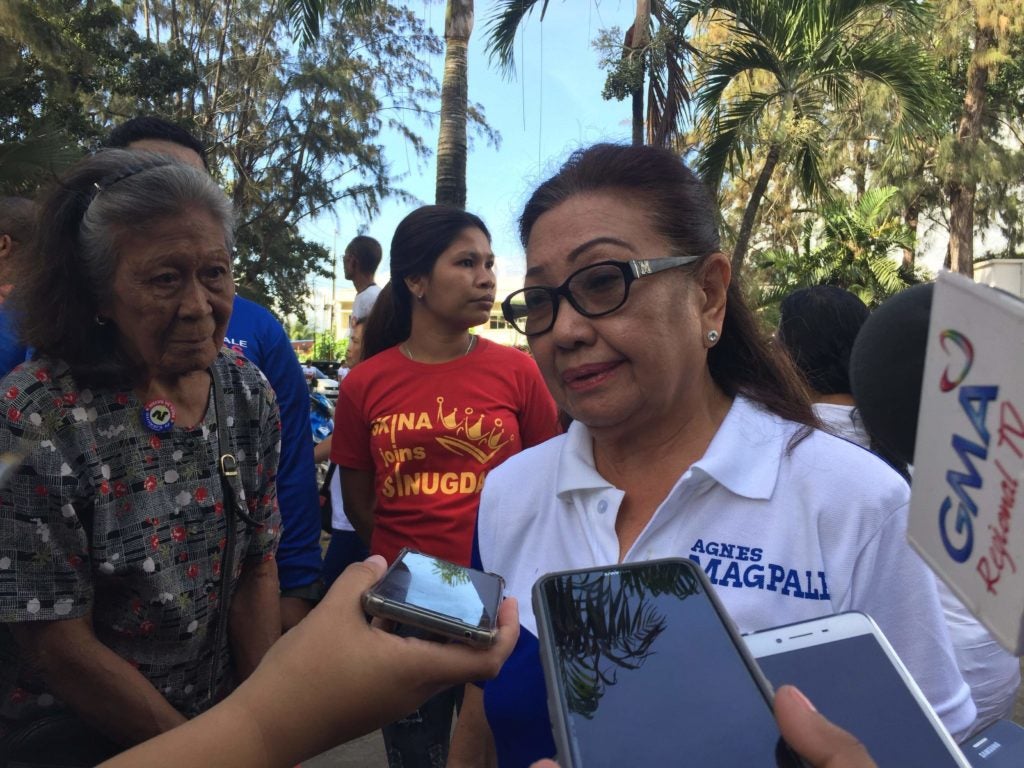 CEBU CITY, Philippines —  Leaving her position in the government will not stop outgoing Cebu Vice Governor Agnes Magpale from engaging in public service, especially in serving the welfare of children.

“I still have a foundation, KKMK (Kapwa Ko, Mahal Ko), with Margot (Osmeña) to serve and I am with the BSP (Boy Scout of the Philippines). Both organizations deal with children,” Magpale said in a message sent to CDN Digital on Wednesday, May 15.

In a separate interview with reporters, Magpale said she will also spend more time with her family and their family-run school in Danao City, northern Cebu.

Prior to making a decision to run as governor in October 2018, Magpale has made pronouncements that she will be retiring from public office once her term as vice governor ends in June 2019.

“As I planned before when I said I want to retire, I will go back to my farm, to my house (in Danao City), and I will have more time to visit my children who are in Manila,” Magpie said.

“And my school, in fact, we have a new building coming up because we are expanding to accommodate more students,” she added.

Magpale lost in her bid for Cebu governor against Cebu Third District Representative Gwendolyn Garcia with a margin of 288,000 votes.

Magpale admitted that she was “shocked” by the results of the elections because earlier surveys showed that she had a significant lead in the gubernatorial race.

“I do not know [what factors may have affected it], we are trying to analyze it but we do not want to speculate on anything,” she added. / celr