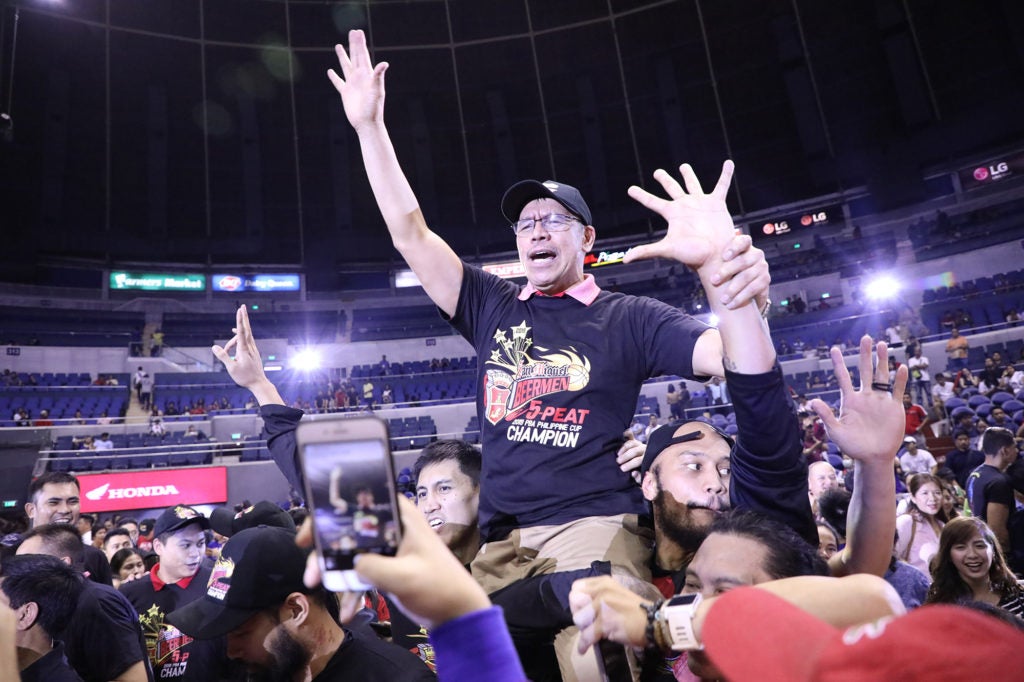 As much as Austria deserves credit for the Beermen’s dominance, he wouldn’t have any of it as he deflected the praise to the team’s management, down to the utility, and most especially his players.

“I am so thankful for the players because we had a lot of challenges and now we’re making a lot of history and dahil sa kanila nagmukha akong magaling na coach (they made me look like a good coach),” Austria told reporters after steering San Miguel to a historic fifth consecutive Philippine Cup crown Wednesday night, May 15, 2019.

The Beermen, who wrapped up the series with a 72-71 squeaker over Magnolia in Game 7, own the most talented starting five in the league with reigning five-time MVP June Mar Fajardo as their cornerstone.

Surrounding Fajardo are veteran stars Arwind Santos, Chris Ross, Alex Cabagnot and Marcio Lassiter to round out a fearsome five.

Austria also said what keeps the Beermen successful year after year is the fact that each player knows his role. “They don’t overlap with their roles that’s why we keep on winning,” he said.

At the forefront of it all, however, is Fajardo.

The 6-foot-11 center starred anew for the Beermen and he saved his best for last in Game 7, setting the PBA all-time record for most rebounds by a local in a single game with 31 while also scoring 17 points to will his team through a defensive battle.

The Hotshots gave everything they could and nearly knocked the Beermen off their lofty perch.

The dynasty, though, remained untouchable.

San Miguel became the first team to pull off an All-Filipino five-peat and Austria hopes the record will stand the test of time—or for as long as the key members of this Beermen team live.

“I don’t think this will be broken in the near future, but like I said records are always meant to be broken. I just hope it won’t be broken while we’re still alive.”

Read Next
Political will