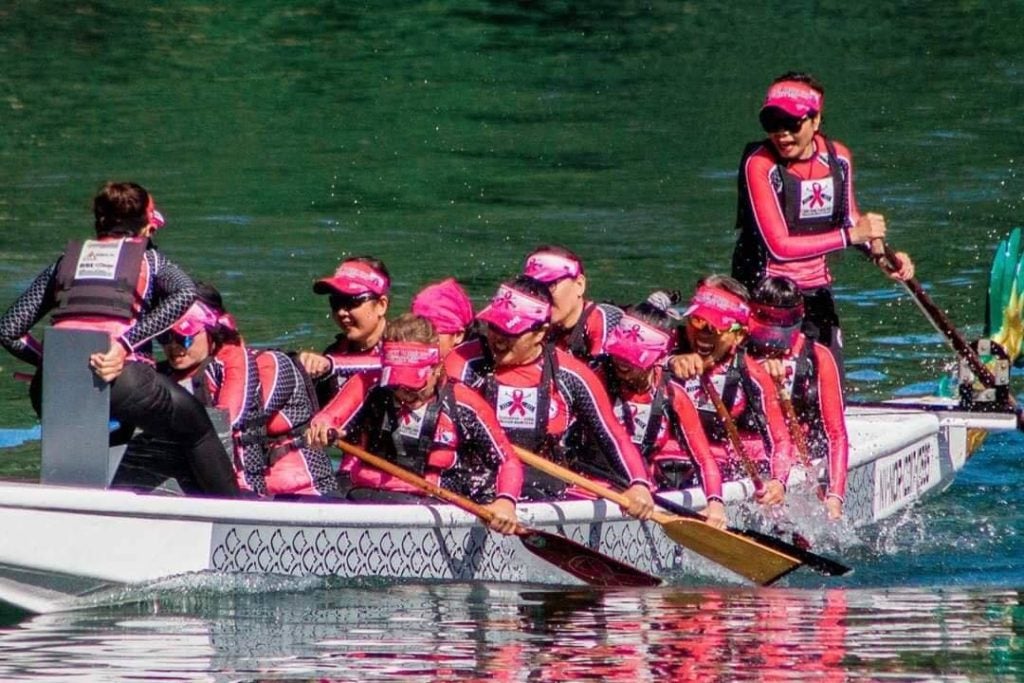 CEBU CITY, Philippines—The Cebu Pink Paddlers Dragonboat Team is gearing up for a bigger challenge—the 2019 (CCB) Asia Hong Kong International Dragon Boat Races, which will be held at the Victoria Harbour, off the Central Harbourfront from June 14 to 16, 2019.

The Cebu Pink Paddlers are the first and only dragonboat team not only in Cebu but also in the Philippines that is made up of women who are breast cancer survivors.

This is not the first international race for the team, though.

Their first international race was in Taiwan in October 2017 wherein they finished as champions in two categories—Purely Breast Cancer Survivors 200-meter and 500-meter distances.

Their second was in Singapore in June 2017, wherein they also bagged the championship in the Cancer Survivors Open category even if they were the only all-women breast cancer survivor team during the race. The other teams had a mix of men and women cancer surviors.

According to Eden Cabaguing-Paluca, the team’s goal is to once again bring pride to the country.

“We put our heart in every training. We have gone this far. We wanted to raise our flag again among others, as champions and make history,” said Paluca. “Whatever happens we know that we have achieved something truly amazing that we should be proud of. Give hope, inspiration and send the message that there’s life after diagnosis/storm in life.”

Aside from the local teams in Hong Kong, they will be competing against teams from Singapore and Taiwan.

The team is coached by Christian Sy with physical therapist Elijah Daniot and manager Fely Ladera.

Paluca added that the Cebu Pink Paddlers is also actively recruiting for members and is open to all not only those who are cancer survivors as they want the team to be inclusive. This way, those who do not have cancer will have a better understanding of cancer victims.