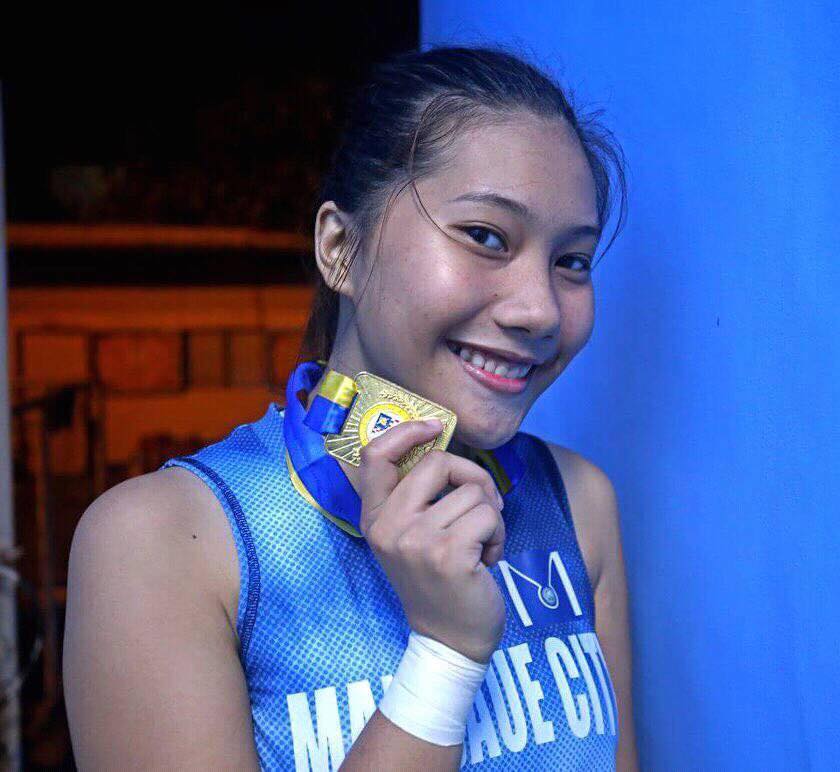 Chinnie Pia Arroyo, a 5-foot-8 outside hitter from Mandaue City, is hoping to be the next big name in women’s volleyball. | contributed photo

Cebu City, Philippines—Sisi Rondina, Deanna Wong, and Isa Molde, are among the top Cebuana volleyball players in the country today.

Hoping to prove that Cebu is indeed a breeding ground of talented volleyball players, another Cebuana is set to test her skills under the bright lights of arenas in the nation’s capital.

The former player from the University of Southern Philippines Foundation (USPF) who just turned 18 on Sunday, May 19, 2019, is currently training with NU, hoping to land a spot in team’s roster for Season 82 of the UAAP women’s volleyball tournament.

The Lady Bulldogs finished sixth in the recently concluded Season 81 that was ruled by the Ateneo de Manila University. Arroyo, who is from Barangay Paknaan in Mandaue CIty, hopes she could make it to the team and help Season 81 Best Middle Blocker Roselyn Doria and Best Server Princess Ann Robles bring the Lady Bulldogs to the top.

“I’ll do my best to be able to play in the coming season,” Arroyo said. “Right now, I’m focused on our training so that I will be able to learn more and become better.”

Arroyo spent her first and second year in high school with USPF before transferring to the Subangdaku Technical Vocational School in Mandaue City. She also played for the Mandaue City team that won the Governor’s Cup 18-Under Inter-Cities and Municipalities Volleyball Tournament last March 2018.

Arroyo, who plans to take up a tourism course, said the idea to play for NU came up when some officials of the Lady Bulldogs came to Cebu to offer her a slot at the team.

“I decided to go with NU because my parents like the school. I also like it,” she said.

Arroyo has been in training Manila for one month now and so far, everything has been going well with her training with the Lady Bulldogs.

“I’m very comfortable with the players and the coaches of NU,” said Arroyo, who started playing volleyball when she was six years old.

She did admit, though, that one of the adjustments she is struggling with is being away from her family.

“Being away from my family is one of the challenges I’m dealing with because I am not used to being separated  from them,” Arroyo said.

But she is aware that this is a sacrifice she needs to deal with for her future.

“We all encounter challenges but I just have to overcome this because this is for my future,” she said. “One of the reasons [I’m determined to overcome the challenges] is because I really want to help my parents.”

While she knows she is still far from the big names of the game, Arroyo, who idolizes her teammate Robles, promised she will try her best to be among the top Cebuana volleybelles in the UAAP.

“There’s pressure [knowing there are a lot of great Cebuana volleyball players] but I trust in myself that I will be able to get better and follow their footsteps soon. /bmjo

Read Next
Auguring well for Cebu