Toronto pulls off double OT win against Milwaukee in Game 3 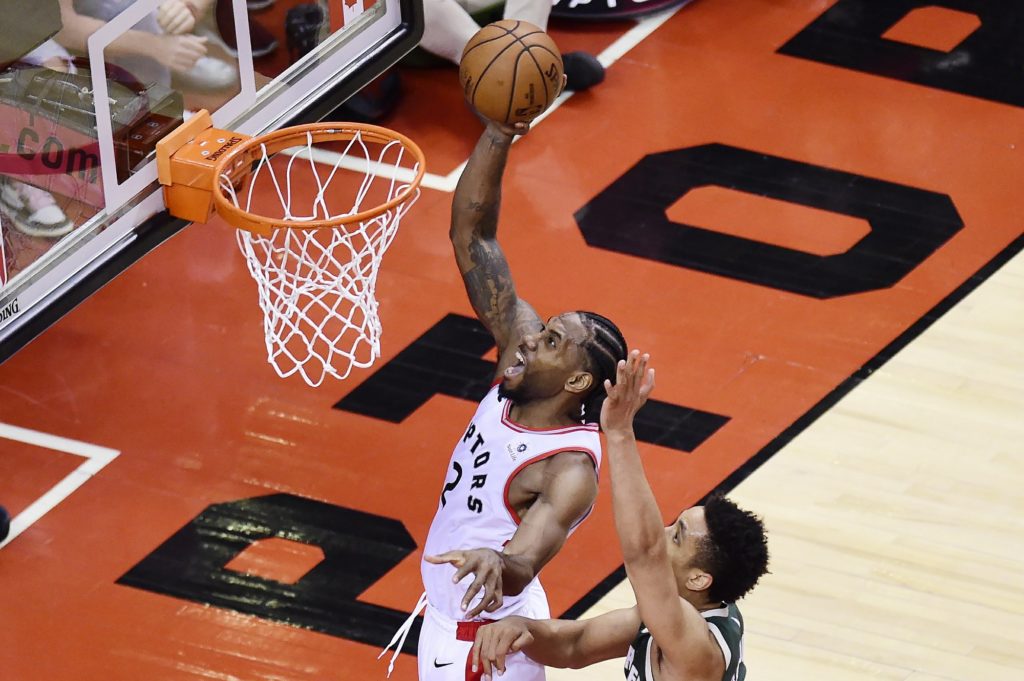 TORONTO — Kawhi Leonard scored 36 points, including eight in the second overtime, and the Toronto Raptors beat Milwaukee 118-112 on Sunday night (Monday morning, Philippine time) to cut the Bucks’ lead to 2-1 in the Eastern Conference finals.

Pascal Siakam had 25 points and 11 rebounds, Norman Powell scored 19 points before fouling out, and Marc Gasol had 16 points and 12 rebounds. The Raptors will try to draw even when they host Game 4 on Tuesday night.

Giannis Antetokounmpo had 12 points and 23 rebounds before fouling out with 4:24 to go in the second overtime. Antetokounmpo shot 5 for 16.

Toronto won despite guards Kyle Lowry and Powell both fouling out in the fourth quarter. Siakam also missed a pair of free throws with 7.4 seconds left in regulation that could have iced the game for the Raptors.

Siakam redeemed himself by blocking a potential tying shot by Brook Lopez with 43 seconds to go in the second overtime, leading to a layup for Leonard that put Toronto up 114-110 with just over 30 seconds to play.

Leonard made 11 of 25 shots and went 12 for 13 at the free throw line. He had nine rebounds and five assists despite appearing to be bothered by some leg pain.

“I’m feeling all right. This is playoff basketball,” Leonard said. “Everybody’s hurting so I’ve just got to keep fighting.”

George Hill scored 24 points and Malcolm Brogdon had 20 for the Bucks, who lost for the first time in five road games this postseason. Milwaukee is 10-2 overall in the playoffs.

The Raptors led 103-99 with 1:26 to go in the first overtime but Hill tied it at 103 by making a pair of free throws with 14 seconds left. Toronto used its final timeout to draw up a play for Leonard, who let the clock run down to 3 seconds before driving for a jumper that missed, sending it to a second extra period.

Hill’s tiebreaking basket to begin the second overtime put Milwaukee up 105-103, its first lead since the opening basket of the game.

Gasol answered with a 3 and Leonard finished a fast break with a left-handed dunk, putting Toronto up 108-105 with 3:13 left.

Khris Middleton shot 3 for 16, but one of his baskets tied the score with 2.2 seconds to go in regulation. He finished with nine points.

After suggesting Saturday that he might change his lineup, Raptors coach Nick Nurse stuck with his normal starters, but gave Powell 30 minutes, the most he’s played in any game this postseason.

Toronto fell behind 9-0 early in a blowout loss in Game 2, but turned that around in Game 3. After Antetokounmpo made a layup for the opening basket of the game, Siakam replied with a hook shot, Gasol followed with a 3 and the Raptors didn’t trail again in regulation.

Powell scored 10 points on five shots in the first, including a pair of 3-pointers, and Toronto led 30-21 after one. Gasol, who had eight points in Games 1 and 2 combined, also made a two from long range and scored eight in the first.

The Bucks shot 7 for 21 in the opening quarter. Five of their made baskets were 3-pointers.

Leonard scored 11 points in the second and Lowry added eight, but Pat Connaughton made two of Milwaukee’s five 3-pointers as the Bucks closed the gap. The Raptors led 58-51 at halftime.

Siakam scored eight points in the third but the Raptors made six turnovers, leading to nine points for the Bucks. Toronto took a narrow 77-75 lead into the fourth. /bmjo