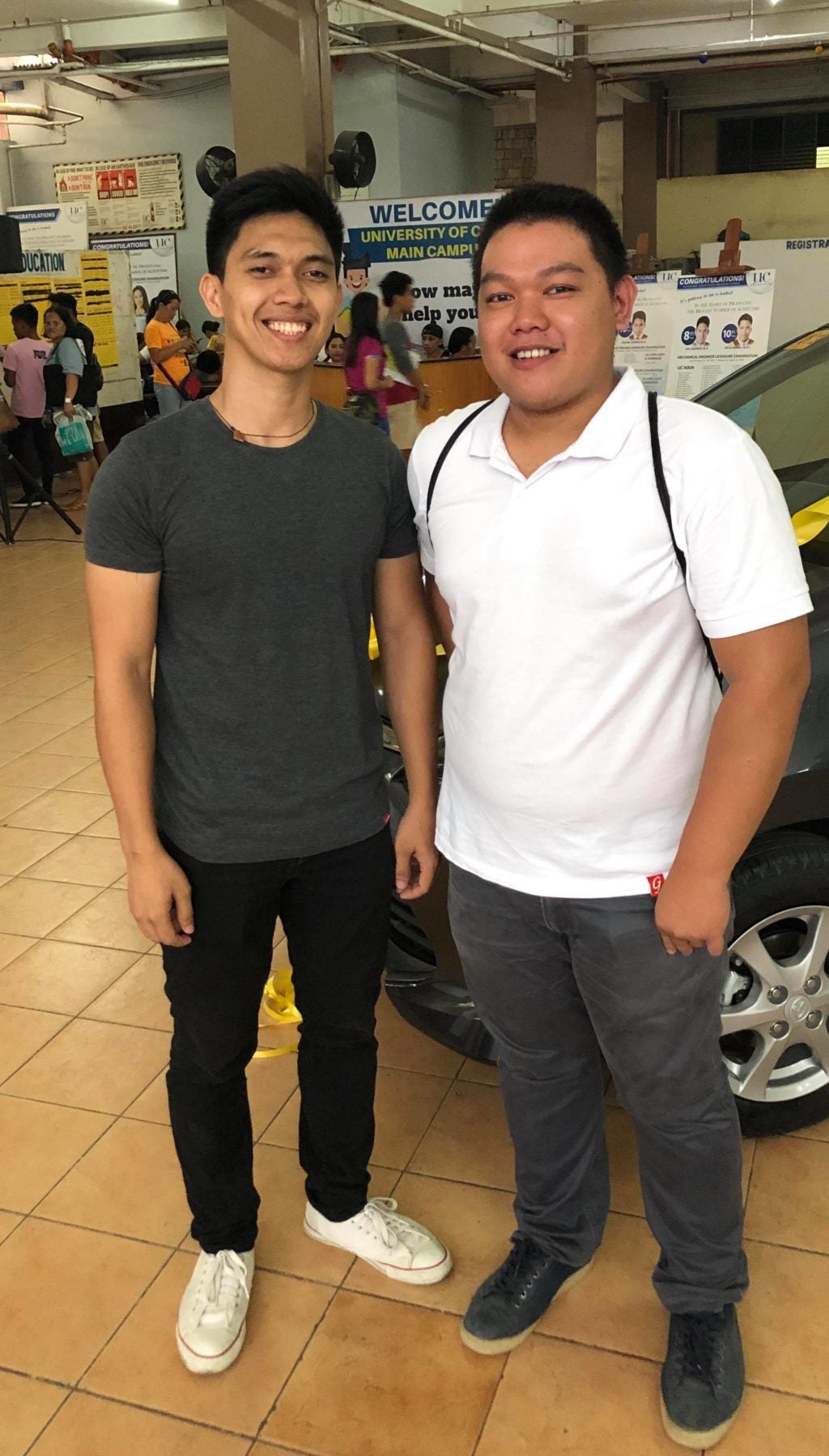 Jobert Dela Cruz, rank 10 and Ronie Tarriga II, rank 1, during the awarding ceremony in the University of Cebu, where Tarriga was handed a brand new car and Dela Cruz was given a cash prize. | Immae Lachica

A short but sweet description of the recent success by two college buddies from the University of Cebu who did not just ace the board examinations but also proved to everyone that work and school can be balanced.

Tarriga, who has been a working scholar of UC since first-year college up to his fourth year, decided to stop on his fifth year to concentrate on his on the job training (OJT).

On the other hand, Dela Cruz, who is also a working student and part of a service crew, said that he started when he was in first-year college as well until the first semester of his fifth year to concentrate also on his OJT.

(Tarriga aimed to top the Civil Engineering Board Exam around the second semester of our 4th year in college because one of our classmates, who saw the potential in Tarriga of topping the board exams, encouraged him. I, on the other hand, never dreamed or aimed to be number one, I just wanted to pass it because as seen in my academic records, my grades were not excellent. But Tarriga must have seen my potential to top the exams as well so he encouraged me to aim to top the exams.)

Both have been classmates since their fourth year in college and grew closer during their review where they got a free spot for being part of the quiz bowl team in their school.

In an interview with CDN Digital, both said that they were in their own homes when the news broke.

(We were just in our own homes when the results were posted, then we decided to video call each other, we were so happy that we could not contain it).

Now, both Tarriga and Dela Cruz are getting closer to their dreams to be the best engineers in their generation.

Tarriga and Dela Cruz are planning to work in their field and would also want to teach in their school as a way of paying it forward and giving back to the school who molded them to be who they are today.

As of this time, Tarriga and Dela Cruz together with some of their friends are taking the time off and enjoying the island life in Bantayan after months of rigorous studying./dbs